After 1992’s Good Stuff, 16 years were to pass before the B-52s’ next and as it has transpired, most recent album release, Funplex.

Since their last album they scored a hit with the theme tune to the Flintstones movie in 1994 and Cindy rejoined them two years later.

But they were firmly entering heritage rock territory on the live circuit having formed in the 1970s. A succession of compilations, gigs and TV appearances kept them busy. In 2004 and 2006 they opened for Cher and the Rolling Stones respectively.

Eventually they decided to record again, as a quartet, and so Funplex was born in what Strickland referred to as “loud, sexy rock and roll”.

Producer Steve Osbourne was brought in, based on his helming of Get Ready by New Order.

So how did they do for what is currently their final album?

Commercially it only just broke even, despite being their second highest charting B-52s album in the US.

Artistically it features one of the worst album covers of all time. An excuse for Fred and Keith to show what buff boomers they are? Also, they dropped the apostrophe.

But its actually pretty good.

Opener Pump is essentially Love Shack reworked. Although, it is great to hear Fred, Cindy and Kate together for the first time since the 1980s. 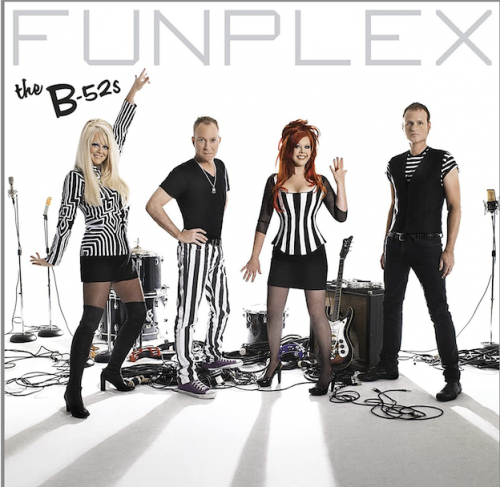 Musically much veers between dad rock and smart electro rock, especially on Hot Corner, Ultraviolet and the title track.

Fellini film inspired Juliet Of The Spirits is a welcome high point. Strong pop. Cindy on top form. It sounds great and would have been a welcome addition to many of their previous album releases.

I’m relatively new to Funplex and given the awful cover I expected it to be worse but in Juliet of the Spirits, Love In the Year 3000 and Too Much To Think About there is some good stuff here.

What of the B-52s now? They are still touring as a three-piece with Fred, Cindy and Kate.

Keith is now their Brian Wilson or sorts, having retired from touring but still part of the band when recording . He is also available when special appearances are needed. It looks like he has found the “essence from within” that he sought on 1983’s Whammy.

Kate runs some interesting looking glamping holiday retreats and lodges with her wife.

Cindy has worked on solo projects including the excellent synth pop album Change in 2017.

Meanwhile, Fred still lives in New York and occasionally works with his side project The Superions.

That’s the B-52s immersion on Neonfiller complete. What a fantastic career and wonderful album run they’ve had.