You may have noticed but the last year and a half has been quite challenging. There are positive signs for the future, so what we need to gee us up is the feel good album of the Summer right? The good news is that The Go! Team might have done just that with Get Up Sequences Part One.

I’ve been a fan of the band from the start, and their debut Thunder Lighting Strike is a bona fide classic, but I haven’t always kept up-to-date on their releases. I’ve always enjoyed what I’ve heard and their last album, Semicircle, got a well deserved 10/10 from us. When I heard lead single ‘Pow’ I knew that this was going to be another must-have album, and the full release doesn’t disappoint. 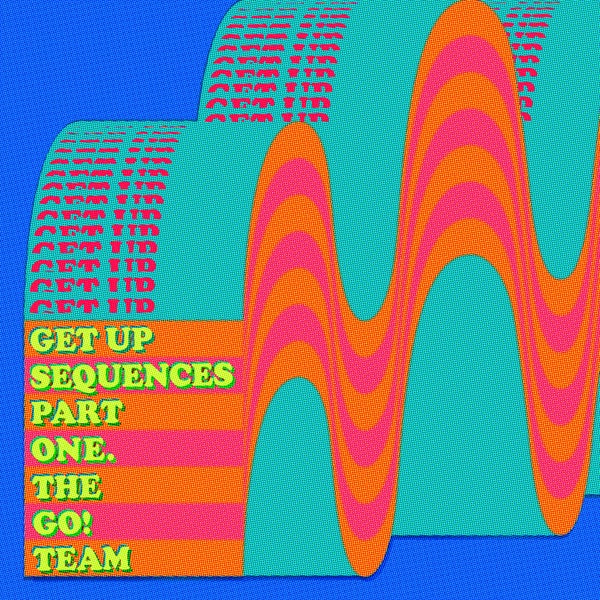 The songs are so consistent here that it is a bit like listening to a best-of collection. Most of the songs on the album would make perfect sense as singles and the three released in that way to date (‘Cookie Scene’, ‘Pow’ and ‘A Bee Without Its Sting’) are all deserving of “should have been a tope 10 hit” status.

The album is performed in the most part by Ian Parton, with a number of collaborators. Most of these are vocalist including a number of guests and a handful of typically great performances from long-time collaborator Ninja. Musically it is the same cut-up and sew together style the band excel at, with the usual great mix of instrumentation and great rhythms. When I tell you that the opening track, ‘Let The Seasons Work’, sounds like a meeting between the Flaming Lips and the Avalanches you’ll have some idea of the joys on offer here.

There are so many great little musical moments in every song, so many surprises in the vocals. It sounds exactly like The Go! Team but manages to never sound anything other than fresh. Get your portable speaker out in the sun, pour yourself a cocktail (the type with sparklers and an umbrella) and play this album at neighbour-annoying volume. If you aren’t smiling throughout I don’t know what to say.

I’ve heard in some reviews that people find the constant upbeat vibe of the album a bit much. I couldn’t agree less, I find it infectious and I can’t remember the last time that I enjoyed an album more. And on that basis they get their second perfect score in a row.

To buy the album visit your local record store or go direct to The Go! Team’s Bandcamp page.