First, a qualification. I bow to no-one in my decades-long adoration of Nick Cave.

I can be (over) zealous in trying to convert non-believers to his oeuvre. Evidence would suggest that the success rate may have been somewhat limited. Had those potential fans attended Cave and long time collaborator Warren Ellis’ performance of their latest abum, Carnage, the rate may well have lowered further.

The last two Nick Cave albums have been well-documented as being layered in grief (Ghosteen) and a reaction to lockdown (Carnage), and met with near-universal praise. There’s a certain expectation in knowing that you might have a sad night, a luxury in impending misery, especially when it’s a transient feeling. 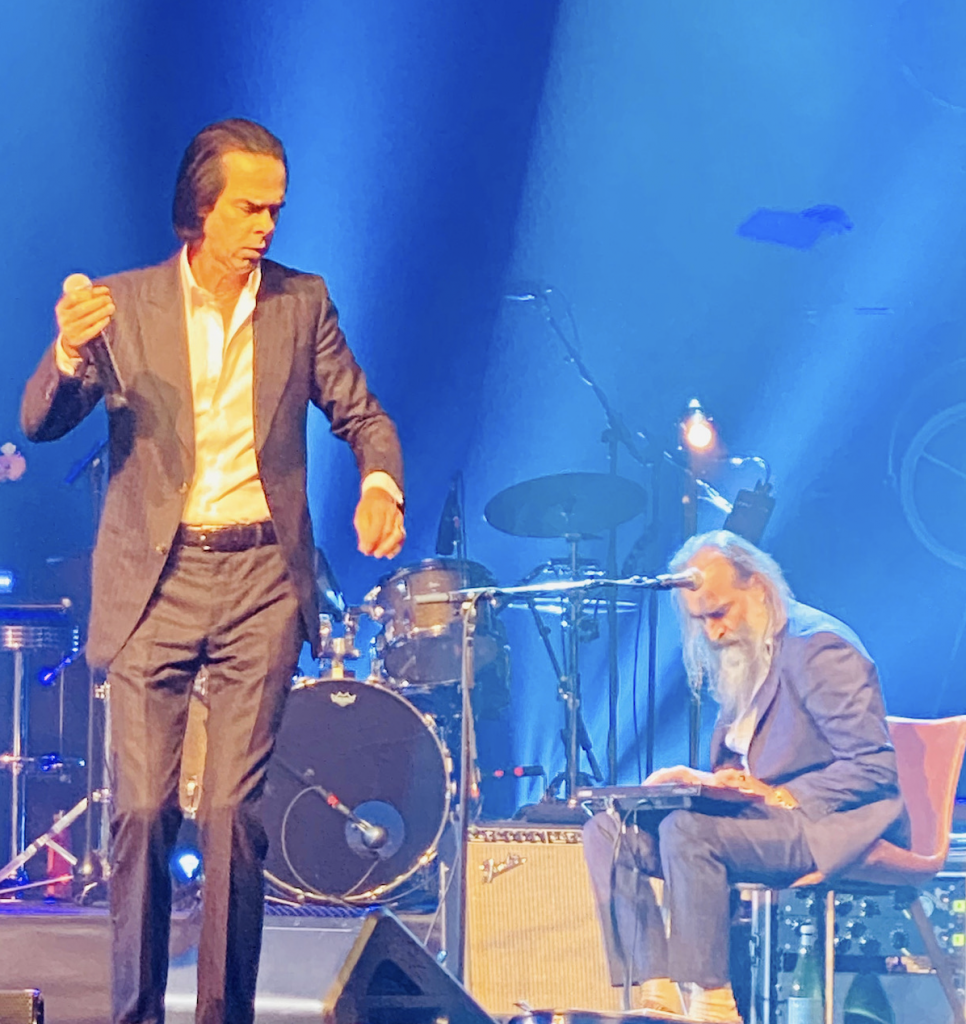 Things started to warm up a little-five songs in-with a visceral White Elephant. Cave’s menacing, attention-grabbing lyrics-‘If you ever think about coming round here, I’ll shoot you in the fucking face’ seem to thaw out both the audience and the performers, and there’s a little interplay, although it remains understated.

Through all of this, Ellis is seated stage right, surrounded by his instruments, almost like a caged animal. A request for him to play his violin one-footed is met with a smile and a return to his seat, legs firmly crossed.

There are some beautiful moments interspersed though the set.

A gorgeous cover of T Rex’s Cosmic Dancer (recorded for a Hal Willner project, and subsequently released as a tribute to him), and a version of God Is In The House where a pin drop might have been heard. 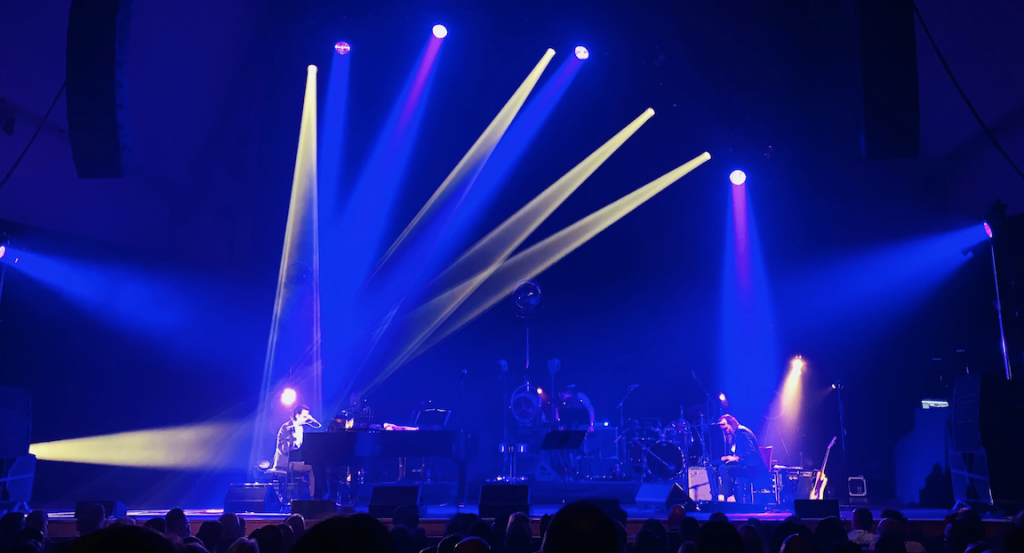 There was also a cartilage-crunching knee-drop (Cave’s last? Who knows?) in a mighty version of Hand Of God that left some of us fearing for his future mobility. Throw in a few pleasing bum notes throughout, and a slightly ramshackle flute by Ellis on Breathless, and it should have left us all with a happy post-gig glow.

But. Cave’s best performances have always harnessed the energy of his audience. A communion takes place, with the messy preacher leading his flock. In COVID times, maybe it’s necessary for that communion to take place almost via Zoom, or for it to seem to be experienced through latex gloves. This was an evening steeped in reverence, and restraint.