Best last albums are a rare thing. But sometimes bands manage to finish on a high, when the time sadly comes for them to hang up their guitars and call it a day.

Some go off for successful solo careers, or join other bands. Sometimes life just gets in the way.Perhaps through tragic circumstances, or happier events such as family life.

The end is sadly inevitable. But what is much rarer is bands finishing on a high, with their final album proving to one of, if not their very best.

Here we look at some of our favoutie final albums. Some will be controversial choices and not often on similar best of lists, while others will bring a knowing nod of approval.

Sit back to find out who left some of their best work until last.

Good Times! Was released in 2016 to coincide with the band’s 50th anniversary and is their first release since Justus in 1996, and the first since the death of Davy Jones.

With Peter Tork since passing it is very likely that this will be the final Monkees album.

It so happens that this is among their best releases, and a fitting tribute and end to their career. It topped our Best Albums of 2016 list.

In common with their most successful albums of the late 60s, Good Times! features the pre-fab four on all the vocals, and mixes them in with a team of top quality session musicians to produce the album and write the tracks. 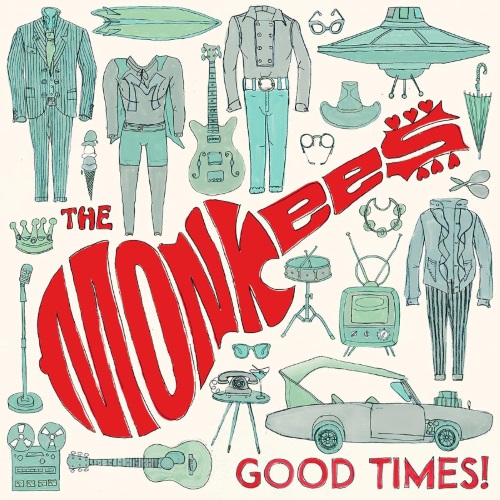 The album was produced by Adam Schlesinger of Fountains of Wayne. His love for the band and the sounds of the 60s is evident throughout.

The playing is superb throughout and Tork and/or Mike Nesmith play on most of the tracks here. The session musicians capture the band’s classic sound perfectly. There is a real magic to the tracks recorded across a 49-year period.

First and foremost, this is a Monkees album, and each of the original members delivers great vocal performances here. Dolenz has the bulk of the tracks and sounds like he is enjoying every minute. Tork delivers what may be the definitive version of ‘Wasn’t Born To Follow’. Meanwhile, Nesmith takes the lead on Ben Gibbard’s excellent Me and Magdalena’.

Talk Talk’s final album Laughing Stock is usually only spoken of in hush tones among musicians and producers. An inspiration for Radiohead and other ambitious rock acts, Laughing Stock comes after the beautiful final album the band made for EMI, Spirit of Eden.

Taking the atmosphere of Spirit of Eden with a move to Verve, a jazz imprint of Polydor, Hollis and what was left of the synth pop band he formed in the early 80s created something more akin to Miles Davis than fodder for the review pages of Smash Hits. 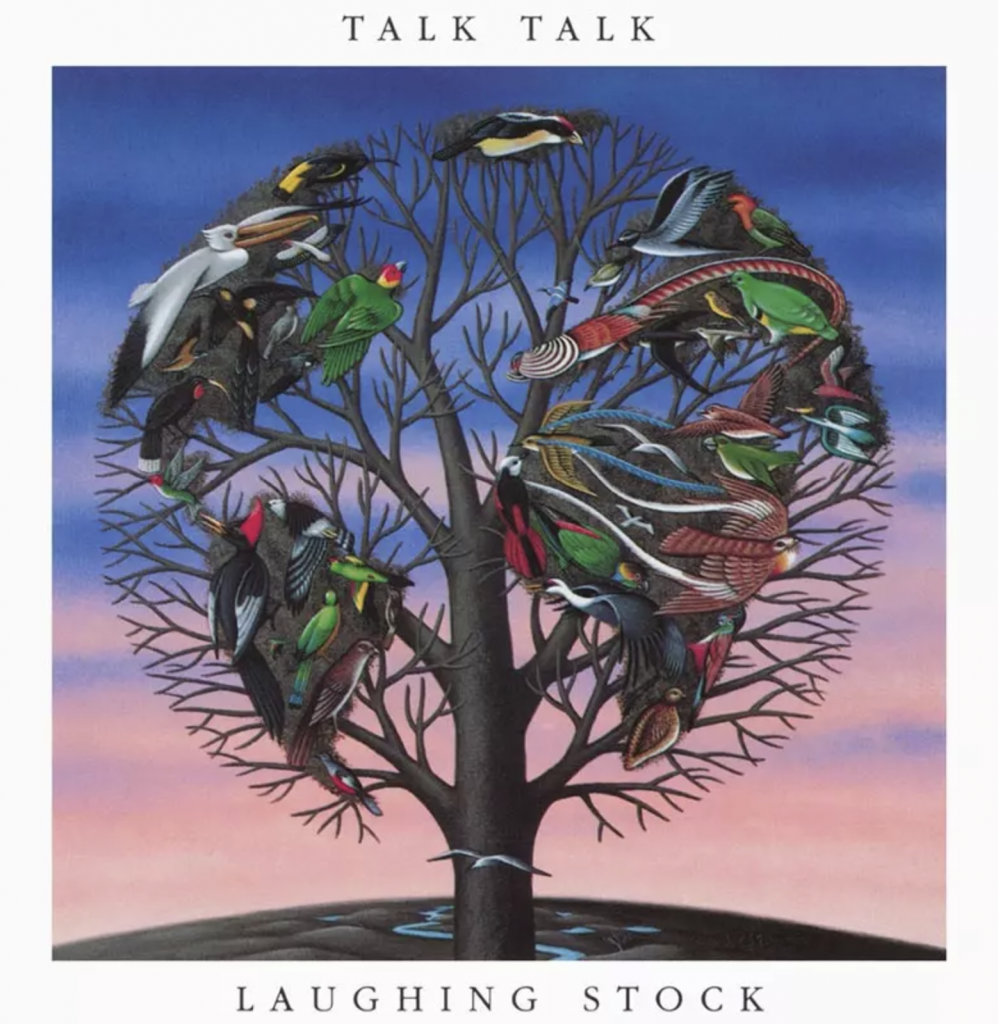 Involving a swathe of musicians, including around nine violinists, with incense burning in the blackened out studio lit only by lava lamps (or so the legend of this album goes), hours of often improvised music emerged. These vast tapes were then edited down and held together through Hollis’s religious themed lyrics and stunning voice.

What is created is as haunting and beautiful as previous album Spirit of Eden albeit looser in parts, perhaps because there were no EMI execs over their shoulders. It is a fine companion piece and a fitting end to their hugely influential career.

The Jam got better and better over their six albums, embracing slicker production and songwriting. Then by 1982, with the release of The Gift, they were gone, with singer Paul Weller moving on to The Style Council and an even more successful solo career.

Has there ever been a better example of a band quitting on a high? 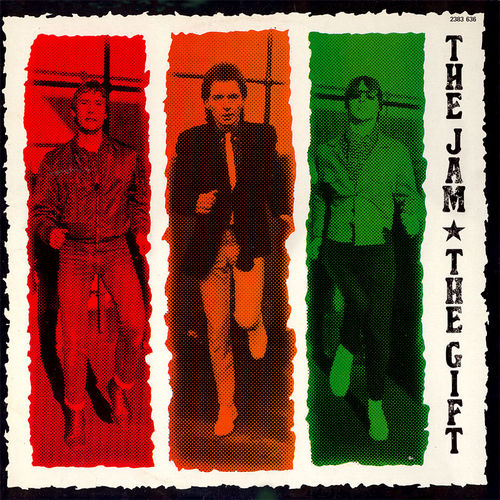 Town Called Malice is among many standout tracks on this best last album. One of the best singles of the early 1980s.

There’s so much more as the band increasing veer from their punk and new wave roots to soul amnd funk. I dare you not to dance to Precious! I dare you.

Happy Together, Running on the Spot, Ghosts and Carnation are among the very many highlights of a band at the top of their game.

During the 1990s I drifted away from Fugazi’s releases. Nothing against the band, which were one of the first I saw live in the 1980s as a teenager in Brighton.

As a result I missed their most successful albums of the 1990s and 2000s, most notably this 2001 gem The Argument, which turned out to be their last. Officially they are on a hiatus. Now older, with other commitments and scattered across the world it may be unlikely they get together again. 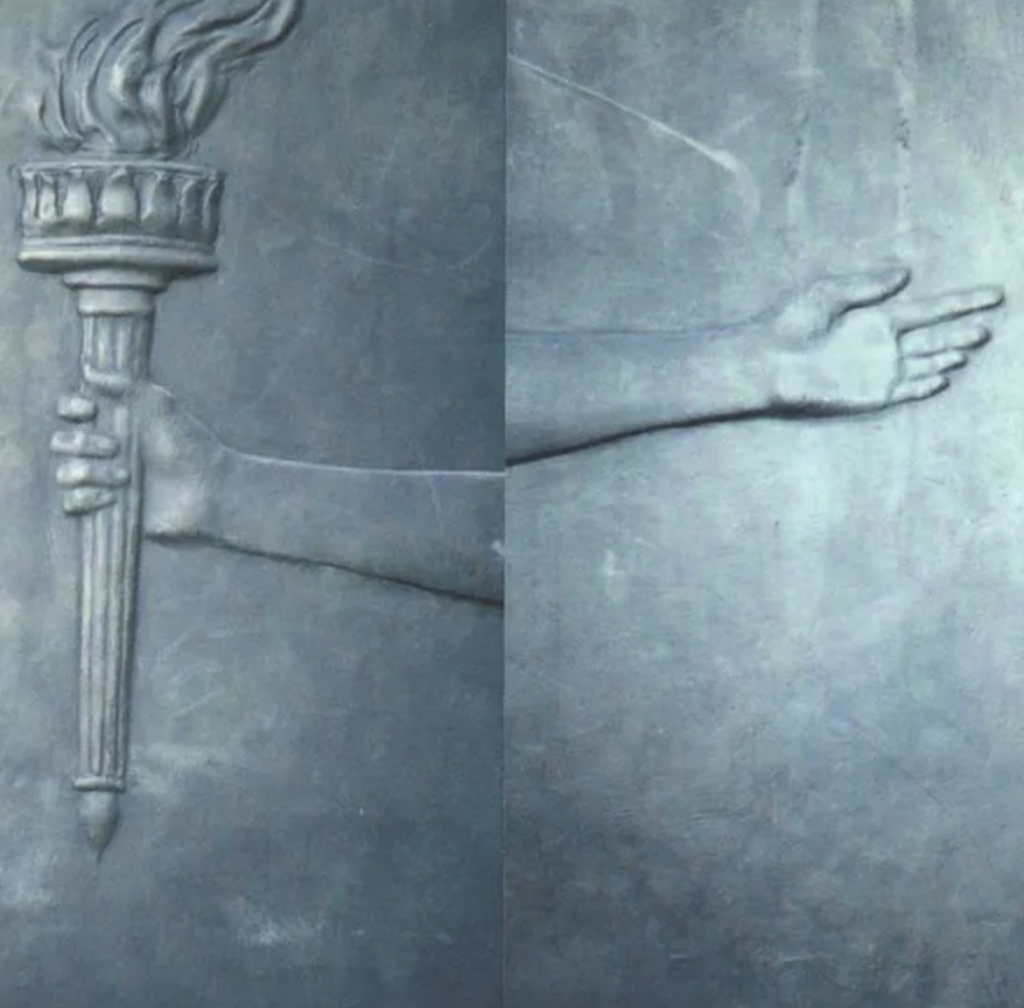 I’d heard of The Argument as being one of their best and was blown away when I first heard it, softer in places than I remembered their earlier work. But, just like an argument the tracks explode in places with lead singer Ian McKaye’s vocals veering from soft to pure rage throughout.

Cashout, Full Disclosure, Ex-Spectator and especially the title track are among so many highlights. Hang it! The whole album is incredible and a fitting end to this hugely influential band from Washington DC.

The final release by That Petrol Emotion, which emerged from the ashes of The Undertones in the 1980s was missed by many of their fans at the time. There’d been a three-year break between albums and it was released on the small indie label Koogat in 1993. 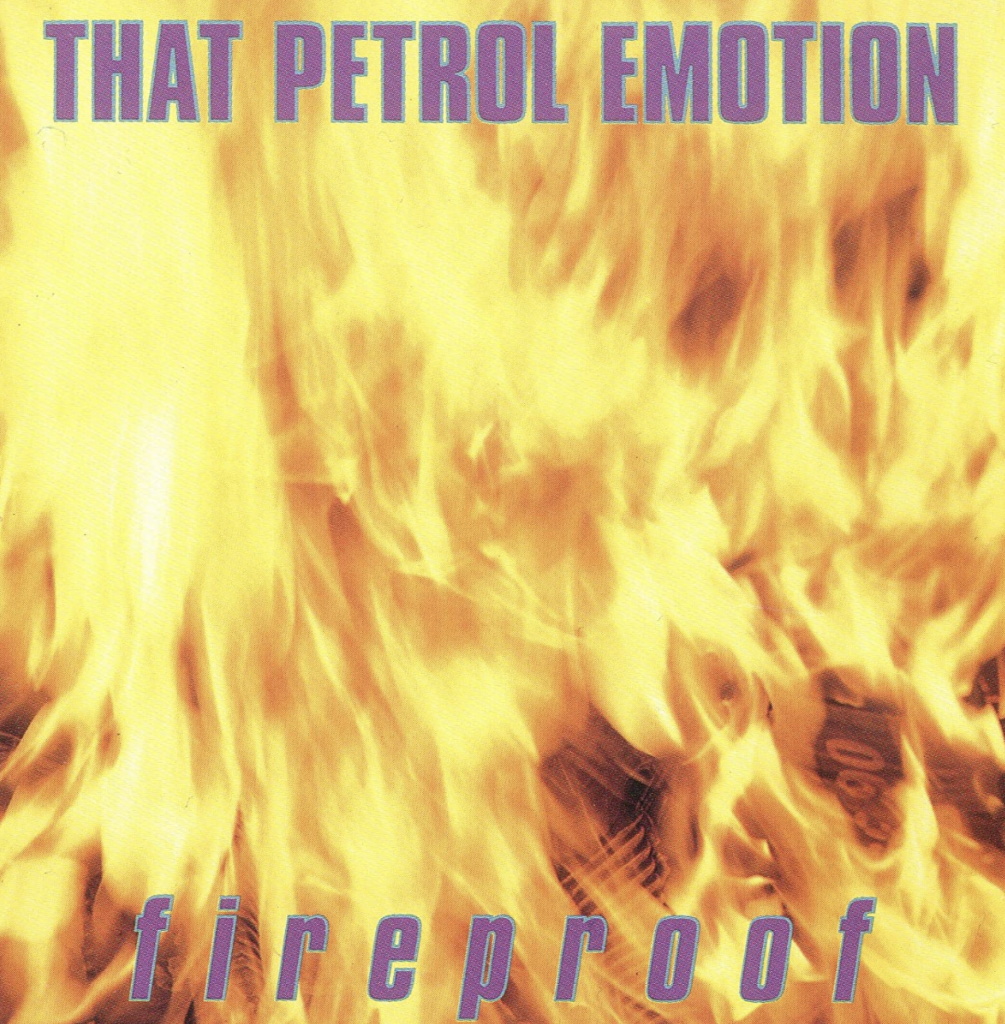 There was a new bassist, Brendan Kelly, but other that no other dramatic changes. Songwriting duties were split, much like previous album Chemicrazy, with Ciaran McLaughlin handling the lion’s share. The album is largely self-produced and the band do a great job. It emerges as the closest to the band’s excellent live sound.

There’s a harder edge, especially with opening track, ‘Detonate My Dreams’ and there is some furious guitar playing on this album.

There are some great other tracks on here too, including ‘Infinite Thrill’, featuring one of singer Steve Mack’s best vocal performances. There are loads of nice hooks across the album and it’s a fitting final album of a band that never quite achieved the sales they deserved.

Wings – Back to the Egg

Paul McCartney’s 1970s band Wings rekindled his love of well, being in a band, and playing live, after a tumultuous end to the Beatles.

Focused around Macca, his wife Linda and Denny Laine, by 1979 Wings was a five piece with Laurence Juber on guitairs and synths and Steve Holley on drums.

Back to their Egg, their seventh and final release was not a critical or commercial success compared to the likes of their 70s mega hit Band on the Run. But could this be time to reappraise the final album by Wings. 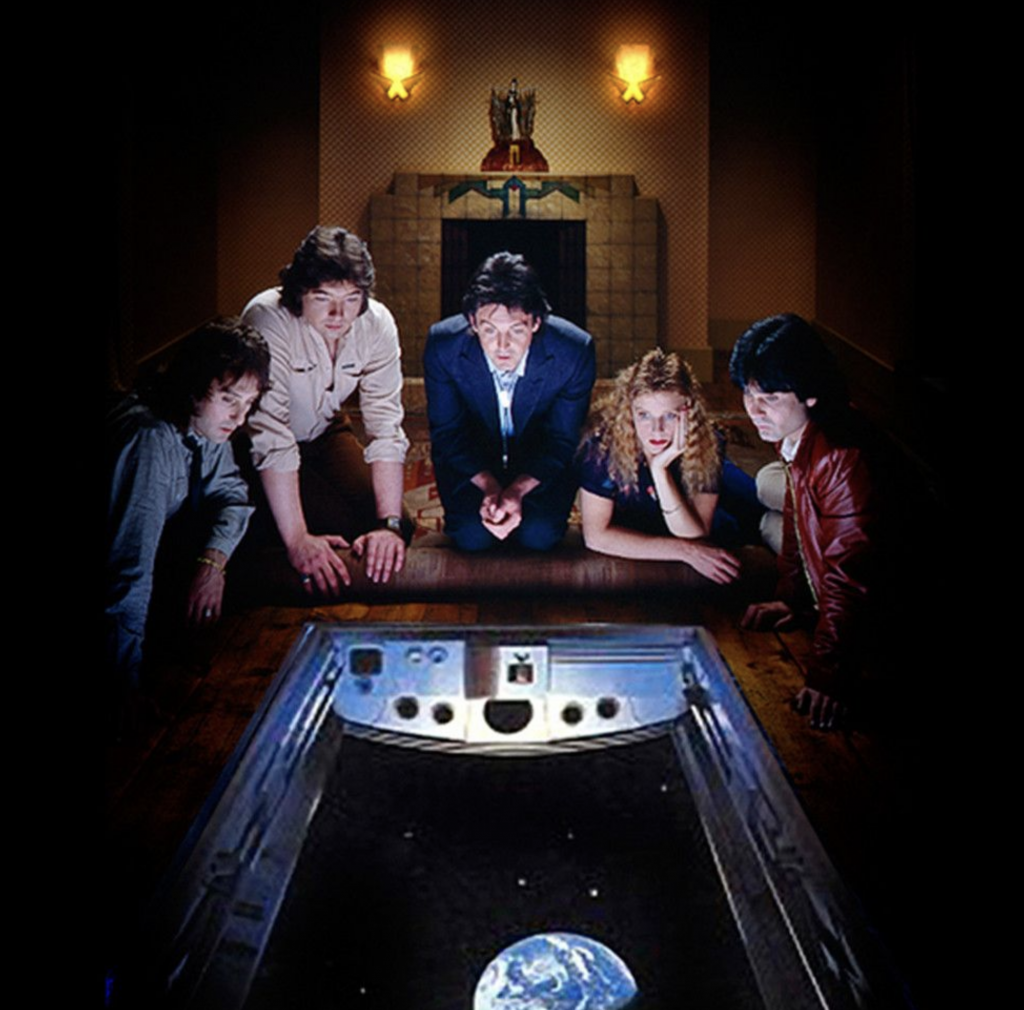 It’s tracks should certainly not be neglected and I’m sure I wouldn’t be the only one, before an encore at a Macca gig to shout, “Play ‘Getting Closer’”. What a fantastic pop single.

There’s more with Arrow Through Me, foreshadowing Paul McCartney’s soul phase on 1980s solo album Tug of War. This is a hidden gem of a Macca tracka.

Rockestra Theme is another highpoint on this best last album. Another that must have been great live and I have a serious soft spot for the silly Old Siam, Sir.

By Joe Lepper and Dorian Rogers