There was an overwhelming sense of joy at seeing live music again, among bands and audiences alike, at this year’s Glastonbury Calling festival.

The event is Glastonbury’s ‘other festival’, taking place in the town itself, rather than ten miles down the road across the farmlands of Pilton.

Here the small Somerset town’s venues are taken over during the Friday night and Saturday of the festival.

Due to Covid, many acts had not played until recently for more than a year. The same can be said of the audience. As a result each duo, solo artist and full band, were greeted with joy and appreciation. 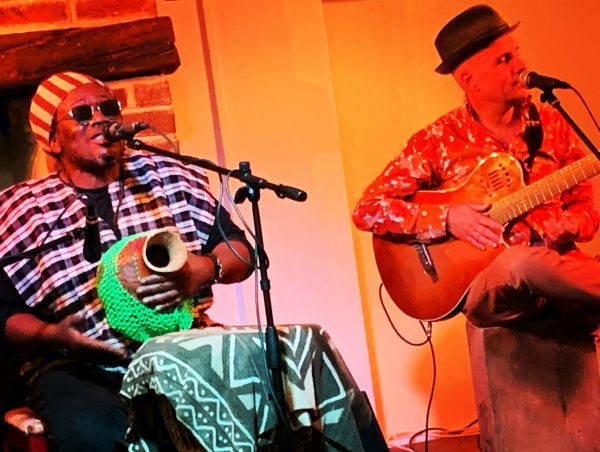 Not all venues were always busy. Some were busy. Some playing to just a dozen or so people. It led to a Covid friendly feel at most venues.

Handily most genres were covered by each distinct venue. The Red Brick Building is the largest and reserved largely for the festival stalwarts and party acts. The King Arthur pub was more rock and indie focused.

Meanwhile, The Queen of Cups, formerly the Hawthorns and home to the town’s hopefully soon to be reignited Open Mic night, was for acoustic and duos.

Elsewhere, The Rifleman’s is a great old pub on the way to the Tor. Its music was a bit of this, a bit of that.

We start off on Friday night in said Rifleman’s and well out of our indie focused comfort zone with experimental rappers Saurus and Zanii. One wore a black pillow case on his head and rapped. One didn’t wear a pillow case and rapped. 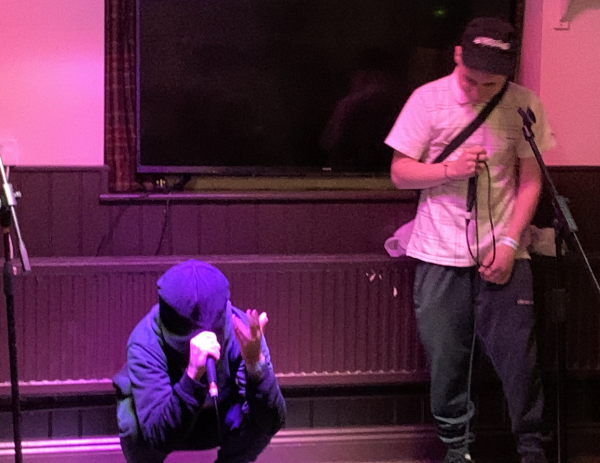 Appetite whetted for live music we hopped over to The King Arthur to see Bristol indie popsters Turner. Good songs and engaging chat with the crowd. Best of all was the sudden appearance of a group of dozen or so people in the crowd dressed in tweed and animal costumes, dancing and kazooing throughout.  This group became a welcome fixture over the weekend. If they were in a venue, you knew it was going to be good. 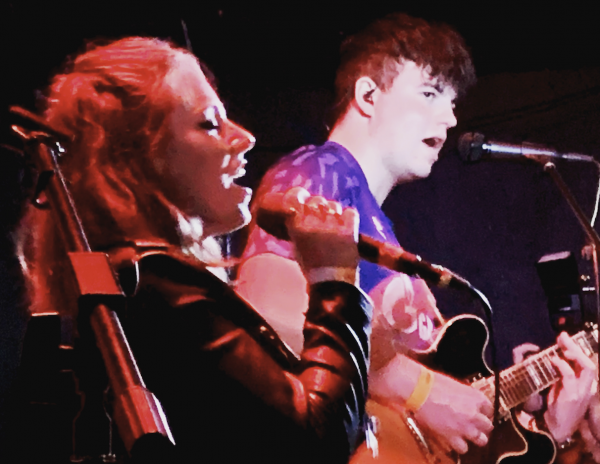 Queen of Cups headliners Twomanting drew the evening to a close. A festival friendly guitar and percussion duo bringing the music of Sierre Leone to the Mendips of Somerset. Their guitarist may well be the best I’ve seen. It certainly felt like that at the time. Great set.

Saturday’s highlights at King Arthur included a lovely set of 60s/70s folk pop from Mark Speed and accompanying flautist. He was a late addition due to a cancellation and played the sort of folk pop Bob Stanley and Pete Wiggs unearthed on their excellent 2017 English Weather compilation. Caravan’s Love Song With Flute from that collection certainly sprang to mind. 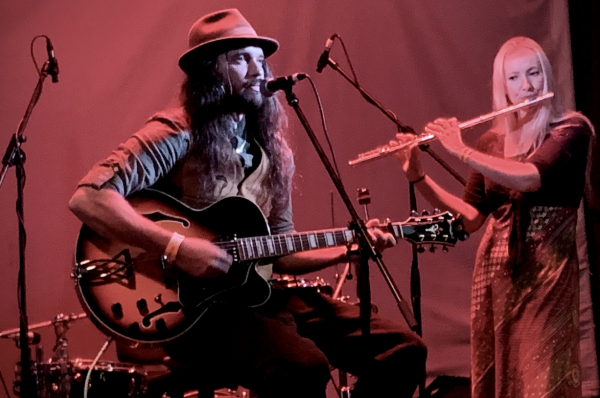 It was flying Vs, screaming solos 70s rock from A Bottle of Dog on shortly afterwards. Meanwhile, outside the Queen of Cups was a horse. Yes, really. Even he didn’t have a long face.

Then was the highlight of our day, and indeed festival. Al O’Kane, a self-styled ‘Somerset Delta Gumbo’ of a blues man, who fronts a tight-as-you-like rock three piece. 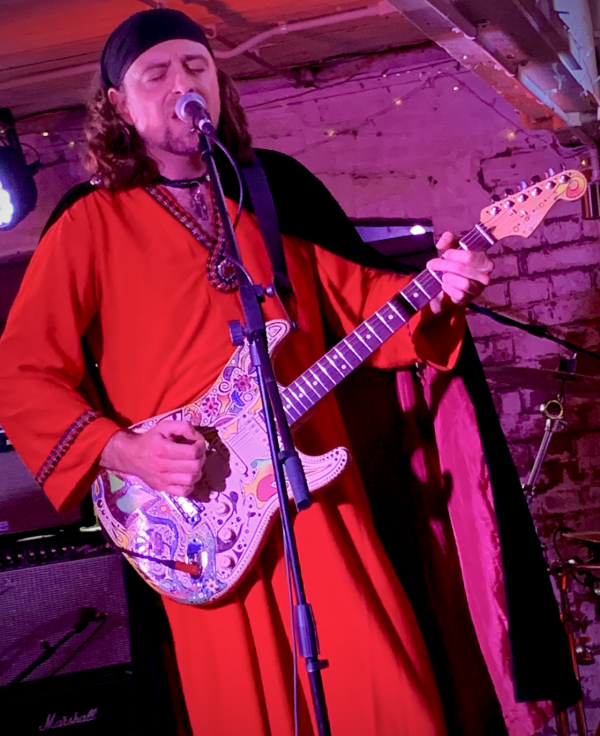 Dressed in cape and red robe and sporting a highly decorated Fender Strat, the band were just awesome. Loud and fun.

After popping over to the venue’s adjacent restaurant Old Tannery to sample their posh burger it was back into the music to end our night with firm festival stalwarts – the nine piece Irish folk rockers Jamestown Brothers. Trombone, trumpets, a levitating fiddle player and a lead singer who looks like Steven Graham, they were ever inch the consummate party band. 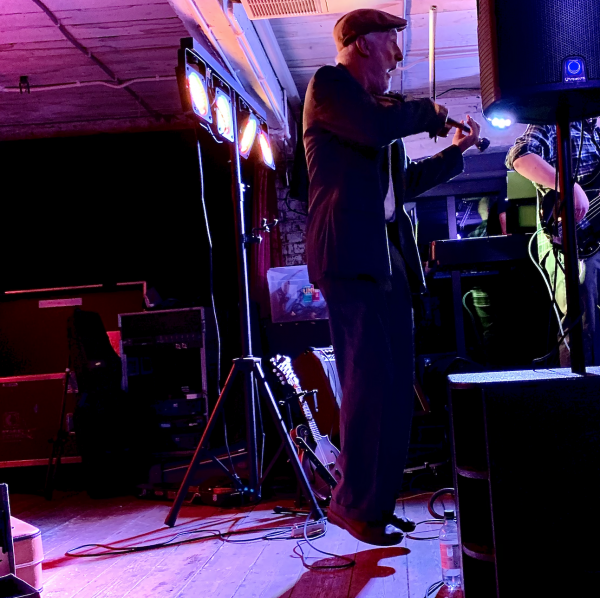 And guess what? The tweedy animal people knew it too and were there on mass.

If ever there was a celebration of playing live music again after the world turned to crap last year, this event was it.

It’s back again next March, its more familiar late winter, early spring time. Certainly one to add to the hopefully ever growing festival calendar as we emerge from our lockdown.