While listening to Lanterns on the Lake tonight I’m reminded of Neil Gaiman’s wonderful novel Stardust.

Gaiman’s book details how Victorian society goes about its business in almost complete ignorance of a phantasmagorical world, only accessible by a guarded entrance. It’s a strange world governed by fairy tales, magic and the hauntingly strange.

Lanterns on the Lake’s songs begin in one dimension, then finishes in an entirely alien one. They start in the 1990s Shoegaze, but take that genre to another level. Similarly they claim to come from Newcastle. But I think otherwise. 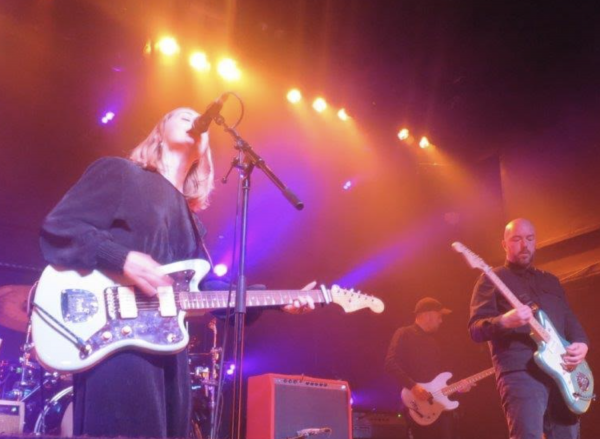 Lanterns on the Lake

Last year Lanterns on the Lake released the Mercury Prize nominated Spook the Herd, but they have only relatively recently managed to tour this live after a Covid-19 hit year and many months of twiddling their Geordie thumbs.

These belated live dates are therefore greedily devoured by both band and fans alike.

Pausing to give Nottingham a taste of heavenly bliss, they grace us with their ethereal music.

With fabulous Angela Chan on violin, Oliver Ketteringham on drums, a reserved Bob Allan on bass and bearded behemoth Paul Gregory on lead guitar, they proceed with grace and frequent bouts of fury.

Then there’s Hazel Wilde on keyboards, guitar and wonderfully emotive vocals. All this together makes this band the definition of cult. By turns hushed and sad. The next moment exploding in a burst of ‘epic’!

When It All Comes True opens proceedings. All eyes are on Hazel as she sits at her keyboard and enters the songs like someone at a séance. With her long black dress and blonde hair one can’t help but focus on her slight form as she sings these strangely layered songs. 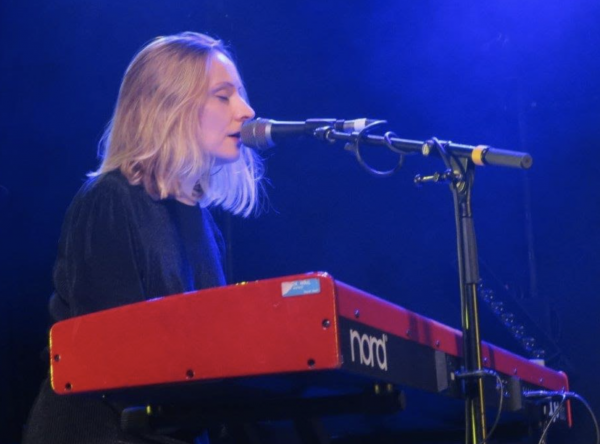 Lanterns on the Lake’s Hazel Wilde

It’s obvious why they are signed to Bella Union, a label of quality and distinction.

Of the twelve songs tonight, the majority are from the new album. Every Atom was superlative. All tracks were riveting.

Meanwhile, the version of Beings from the 2015 album of the same name was ferociously frenetic.

On the final track, A Fitting End, Lanterns on the Lake employed the combined voices of support act Hilang Child, the stage name of Brighton based Ed Riman. He and his band partner Sarah were welcomed as backing singers.

Hilang Child by the way are excellent, with a nice set of ballads and pop-based tunes with much potential that were delivered with great aplomb.

A super night of abundant crescendos and collective joy.