It’s been so long since we booked tickets to see Belle and Sebastian in Bristol that the organisers were named after a slave trader.

Due to Covid this 2020 Bristol Harbourside gig was postponed.

A lot has happened since then. The local venue that organised the gig has changed its name from Colston Hall to Bristol Beacon.

The city’s statue of Edward Colston, the slaver that gave the venue its former name, was dumped into the same harbour.

Belle and Sebastian also have a new album out, A Bit of Previous, and naturally a few tracks make tonight’s hour and a half long set that is full of fans favourites from across a remarkably consistent career that started in 1994 and has produced 11 studio albums and counting. 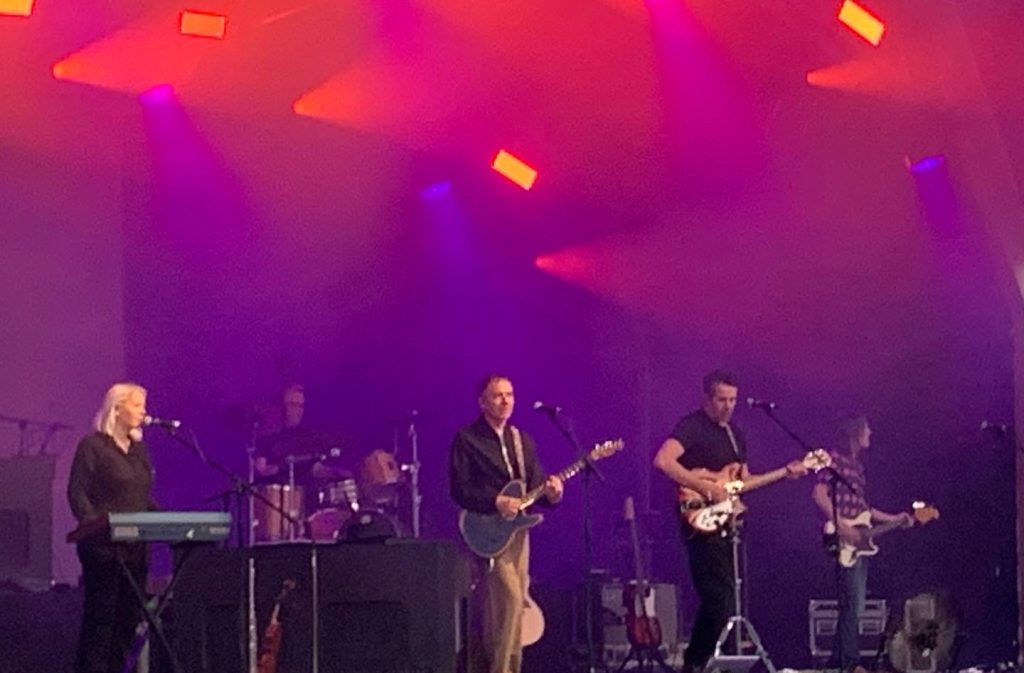 The Scottish band always feel so fresh with each album release. A bit of pop here, a lot if indie there and tonnes of electronica, dance, and soul along the way. It seems odd to think that they will be celebrating their 30th anniversary in a few years and still another 30 away from the heritage indie rock trail.

A Bit of Previous does take their longevity, and ageing of much of their fan base, into account, especially with tracks such as Young and Stupid. This is among the instant classics on this album.

Unnecessary Drama and Reclaim the Night are among others from this latest collection that I expect to see played for many years to come.

This is now the fifth time seeing Belle and Sebastian live for me. It’s a sort of every four to five years event, starting in 1999 at their legendary Camber Sands Bowlie Weekender festival and taking in the Brighton Dome and a couple of previous Bristol gigs.

Seeing Belle and Sebastian warms the soul, especially with their familiar, incredible catalogue to choose from.

As ever tracks from 2003’s Dear Catastrophe Waitress impress, including the title track, the wonderful Wrapped up in Books and Piazza New York Catcher, which heightened their fan base considerably two decades ago when it appeared on the soundtrack of Juno.

Another favourite among fans is 1996’s If You’re Feeling Sinister, aka the red album. Get Me Away from Here I’m Dying and Like Dylan in the Movies get a lovely nod, smile and cheer of approval. Judy and the Dream of Horses, which closes their encore, gets an even bigger reception. 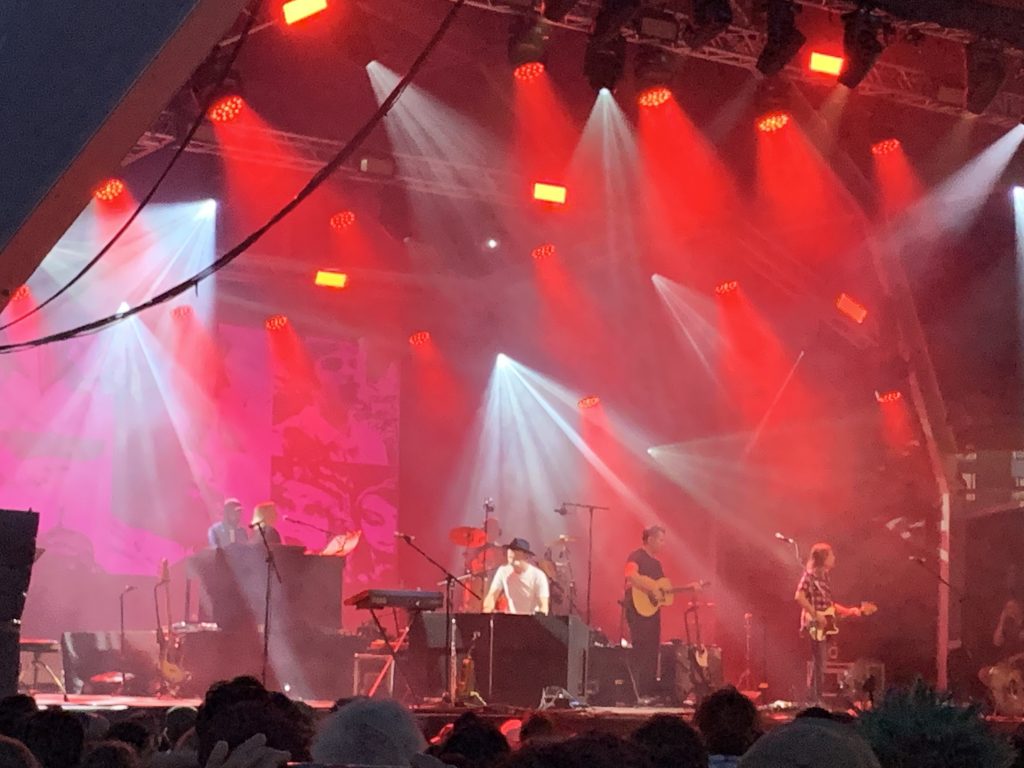 From 1996 Tiger Milk, She’s Losing It and State I’m In are welcome additions, as the crowd and band reignite their bond. It’s a partnership over decades that has seen the crowd move from indie kids to indie parents and beyond, all with Belle and Sebastian as the soundtrack.

Guitarist Stevie Jackson gets his obligatory handful of tracks, with Chick Factor from 1998’s Boy with the Arab Strap particularly strong tonight.

Speaking of that album. The title track gets its customary airing. But this time there’s no stage invasion. Too tricky with the barriers perhaps? Or maybe it’s a post Covid thing? It is also possible the now largely 40 something crowd are unable to make the journey.

Dog on Wheels and the still wonderful Lazy Line Painter Jane, from a run of 1997 EPs feature for the hardcore fans. Wrong Girl from 2000’s Fold Your Hands Child, You Walk Like a Peasant and Another Sunny Day from 2006’s Life Pursuit are among other crowd pleasers from two of their lesser-known albums.

Sadly, Little Lou, Ugly Jack, Prophet John, a sickly duet involving Norah Jones from 2010’s Write About Love, is included. It is still the only Belle and Sebastian track I skip. Granted it was slightly better though tonight, with Jackson and multi-instrumentalist Sarah Martin taking the Jones role.

As befitting tonight’s fans and band coming together again vibe, there’s plenty of chatting. With lead singer Stuart Murdoch full of anecdotes and jokes, about Bristol and the notion that ‘the bitchy indie world’ blamed Belle and Sebastian for Covid.

Support tonight was from Django Django, who Murdoch describes as among “the good guys of indie” that didn’t blame the band for the global pandemic.

Last time I saw them was a few years ago at the Glastonbury Festival. Their sound suffered a little on the Park Stage that time, with their trademark guitar twang barely audible.

The years have been kind to them. They are full of energy and benefitting from far better sound. They are almost something of a party band now, especially with a great cover of the Beatles Within You Without You

While their more recent songs went down well, the best reception was for their most well-known radio friendly songs including Default, Wor and Storm, from their self-titled 2012 debut.