Robert Pollard didn’t slow down when he retired his band, Guided by Voices, to concentrate on other projects. He averages more albums a year than most bands manage in a lifetime. This week saw the release saw his 4th album of the year hit the shops. Rather than swamp this site with reviews (and avoid looking like a Robert Pollard fanzine) I’ve decided to do a round up of his releases in the first half of 2011 in one place.

To be honest I have started to get a little worn down by Pollard’s solo output, the production sound and musical style (supplied by Todd Tobias) has started to sound a little samey and it can lack surprises. Opening track ‘Mr Fantastic Must Die’ is a case in point, garbled lyrics and atonal guitar stabs fail to be interesting or novel. It is a great song title in search of a good song. Things do improve from here on out though with Pollard throwing in enough great songs amongst the average ones to save the album.

The album swings easily between Who influenced rockers and slow romantic numbers like ‘One More Touch’ and ‘Blowing Like a Sunspot’. This kind of esoteric album will be familiar to Pollard fans, and with only one song exceeding the 3 minute mark you’ll not be waiting long for a new song to come along if you don’t enjoy the style of the current one. Some old ground is covered over, something Strawberry’ is a great poppy tune, but it does leave you wondering if you’ve heard it before on an old Guided By Voices album. Given his output it would be unfair to be too picky about the odd song not sounding 100% original, and the variety on the album makes up for some of the shortcomings. Get to track 16 and the album’s bona fide classic ‘Woman To Fly’ is worth the purchase price alone. Simple, subtle and sparse it is the opposite of ‘Mr Fantastic Must Die’, and it is this variety and musical conflict that make this album worthwhile.

Lifeguards – Waving at the Astronauts 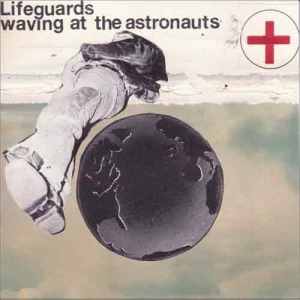 Waving at the Astronauts sees Pollard reunited with latter period Guided By Voices guitarist Doug Gillard in their Lifeguards alias. This is exciting for me as I love the Guided By Voices output when Gillard was Pollard’s main foil. I love the classic line-up albums but the playing on Mag Earwhig! onwards complemented Pollard’s songwriting and Gillard wrote ‘I am a Tree’, one of the few classic Guided By Voices tunes not written by Pollard himself.

Waving at the Astronauts is great stuff from the outset, ‘Paradise Is Not So Bad’ sees Pollard free forming lyrics over some great multi-tracked guitar work. The album is all about the guitar and Gillard seems determined to throw as many styles of playing in as he can, all of which fit seamlessly together. Pollard seems freed by someone else taking the main responsibility for the music and sounds in better voice than he has for years. A range of classic rock sounds are thrown into the mix through the album, ‘(Doing the) Math’ sounds like a live recording of a lost 1970s act whilst ‘You’re Gonna Need a Mountain’ has the feel of an overblown 1980s stadium act. The 10 songs, all clocking in at over three minutes are of such a consistent quality that is reminiscent of those late period Guided By Voices albums. Closing track ‘What am I?’ sounds like nothing that Pollard has recorded before, but manages to stand out as a future live classic on an album of stand-out tracks.

Mars Classroom – The New Theory of Everything

Mars Classroom is an alt-rock supergroup (of sorts) made up of Robert Pollard (providing lyrics, vocals and meoldies), Gary Waleik (from Big Dipper and Volcano Suns – providing the music) and Robert Beerman (from Pell Mell – playing the drums). As with the Lifeguards album this sharing of musical responsibility seems to suit Pollard and we get one of the lightest and most enjoyable albums he has released since he split his first band. I know little of his new colleagues old bands, but on the strength of this release they are an act that is well worth seeking out.

The title track is classic 90s alt-pop-rock and plays the verse, chorus, verse, chorus, middle eight, guitar solo, verse, chorus, fade out formula to perfection. Track two, ‘Man. Wine. Power!’, proves that this isn’t a fluke with another great stab of power pop. We are also treated to some of the most commercial power ballads that Pollard has been involved in since he attempted commercial success with the Do The Collapse album in 1999. There are enough quirks and lryical touches to lift this album above the norm, but it is probably the most conventional album that Pollard has released since the late 90s, and that in itself is refreshing. A lot of the credit has to go to Waleik who provides some great tunes and melodic, but simple, instrumentation throughout. As the excellent ‘Wish We Were Young’ brings the album to a close I already want to hear more from this new combo.

Robert Pollard – Lord of the Birdcage

Lord of the Birdcage sees Pollard doing something different in terms of his songwriting, the whole album being previously written poems put to new music. This approach means that the standard verse, chorus, verse structure is less obvious and it does seem to bring the lyrics to the fore and whilst they aren’t obvious (that isn’t Pollards way) they do seem to have a clearer meaning and structure than on his other recent solo outings. It is also an album that challenges by accusations of staleness of his recording relationship with Todd Tobias sounding very different from his January release (see the first review above).

‘Smashed Little Finger’ is a quiet opener which showcases some interesting lyrics and a cracked vocal style that suits the song perfectly. There is a consistent, slightly sombre, mood throughout and although  it is very much a guitar lead album Pollard and Tobias resist the urge to rock out for most of the album. This is a real strength and lets the melodic and whimsical side of Pollard’s personality come to the fore. This is best demonstrated on ‘In a Circle’ which has a thoughtful folky feel and stands as the albums centre point. ‘You Sold me Quickly’ is one of the album’s noisier tracks, bass heavy and satisfying some of Pollard’s Who tendencies. Second to last track ‘Holy Fire’ brings more of a drone rock sound than anything that has come before, but still manages to avoid any of the weirder excesses that can sometimes turn promising tunes into sludge on his albums. This is one of the most consistent releases under his own name that Pollard has released in several years and bodes well for part two of 2011.