With Glastonbury taking a break during 2012 there’s the possibility of around 200,000 revellers looking for an alternative trip away. To offer some of those Glastonbury regulars and others decide where to spend their festival cash we’ve selected our pick of the best the UK has to offer. Our focus is on the best line-ups, those that give new bands a chance to get a bigger audience and those located in unusual and excellent settings. For those looking for the type of  middle of the road bore fest that T in the Park or V Festival have served up once again this year then our list will not be for you. For those looking for an excellent, interesting and diverse line up then read on.

The ATP format, of a band curating a weekend of music at a holiday camp, has taken a few knocks in recent months from disgruntled fans. The Jeff Mangum event was moved back to March from December last year by ATP without explanation, leaving many fans who had booked transport out of pocket. ATP has still not given an explanation. The move also meant a number of bands, by strange coincidence mainly those with mammals in their names (The Mountain Goats, Fleet Foxes, Panda Bear) had to pull out. The resulting line-up is still stellar, with Mangum’s oddball tastes represented in the likes of Sun Ra Arkestra, sitting along side ATP regulars  such as Jon Spencer Blues Explosion, Joanna Newsom, Sebadoh, Thurston Moore and The Magnetic Fields. The event is also a must for fans of the Elephant Six collective that Mangum is part of, with Oliva Tremor Control, Apples in Stereo and an Elephant Six Holiday Surprise set completing one of the most eclectic line-ups of the year.  Hopefully The National curated festival doesn’t suffer the same postponement without explanation. It is already shaping up to being a great festival with the US band already selecting among others Owen Pallett, Suuns and My Brightest Diamond for the bill.

Dry The River: One of the highlights of The Great Escape 2012

Get your running shoes ready for this Brighton based festival that features 300 bands at 30 venues across the city. Our advice is  make sure you arrive at venues in good time as they can be tough to get into at this increasingly popular event. Among the line up, which focuses on new and emerging talent, is Django Django, who topped our ones to watch list for 2011 , and Dry the River, who made our 2012 list after we caught their energetic performances at last year’s Great Escape and Glastonbury.

This 20,000 strong one day festival in Victoria Park, Tower Hamlets, London, is now in its fifth year and in the past has hosted the likes of Battles, Foals and Laura Marling. This year’s line-up is among the most interesting of any UK festival, featuring Neonfiller  favourites such as Django Django, Revere and Andrew Bird alongside more mainstream attractions such as Metronomy and The Vaccines.

For the last two years we’ve made sure we cover the Indietracks festival.  Not only does it offer visitors one of the most scenic  and unusual settings, at a vintage railway  centre in Derbyshire, but the line up is often a who’s who of  indie pop. Teenage Fanclub, Pains of Being Pure At Heart and The Primitives are among previous headliners. This year’s event is shaping up to being one of the best yet with US indie-pop label Slumberland Records teaming up to curate. Neonfiller favourites Tigercats, Allo Darlin and Veronica Falls have already been confirmed among a line up that also includes The June Brides, Tender Trap, Evans the Death, The Sunbathers, Gold-Bears and Sea Lions.

Set in Glanusk Park, Wales, this three-day event offers an enticing blend of folk and alternative acts. This year sees Feist as one of the headliners on a bill that includes Neonfiller favourites CW Stoneking, Stephen Malkmus and the Jicks and Field Music. Further down the bill we urge you to check out Liverpool trio Stealing Sheep, one of the best acts we’ve seen this year. 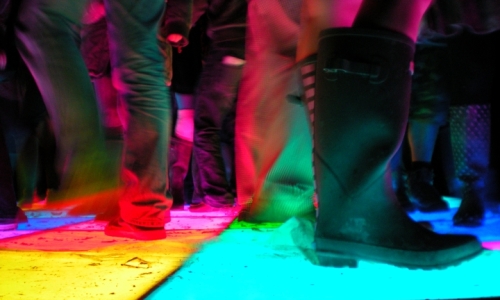 The stunning setting at the Larmer Tree  Gardens, North Dorset is almost a big a pull as the line-up, which always delivers one of the year’s most interesting mixes of the unknown and more well known alternative acts. This year Beirut, Joanna Newsom, WildBeasts, Laura Marlng and Mogwai are among the major draws on a line up that also includes Best Coast, Clap Your Hands Say Yeah and one of Neonfiller’s favourites The Leisure Society. Also watch out for  Canadian act Timber Timbre and This Is The Kit, whose recent albums have impressed us.