Tomorrow is Record Store, a celebration of music and all the things that make record stores such an integral place in the music industry. The widespread move to MP3s and online consumption models has made a big impact on the industry and seen many shops close over the last few years, but many independent retailers have hung on and maintained a large loyal customer base that enjoys the tangible elements of music consumption. 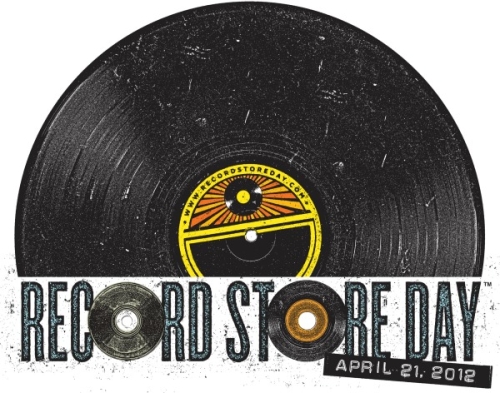 Record Store day is in its 4th year and as usual a huge quantity of exclusive and limited records is available for those prepared to get up early and join the inevitable queues. You can visit the Record Store day website  for a full list of titles on release and there is something to appeal to most musical tastes with vinyl being the primary format on offer.

I’ll be queuing myself with the hope of picking up records by Field Music, Guided By Voices, Ryan Adams, the Wedding Present and maybe an early release of the box-set of the Mermaid Avenue Sessions by Billy Bragg and Wilco. As usual I will set myself a strict budget, but in the heat of the moment, with a queue behind, it is easy to get carried away and come home with a handful of unexpected items. The BBC Radiophonic Workshop Dr Who sound effects record is one item that may well make it into my bag, despite the fact that I am unlikely ever to play it more than once.

Living in Brighton I am lucky to have aq handful of participating shops to choose from on the day – Rounder, Ape, Endless, One Stop, Borderline and Resident (voted the UK’s best independent record store for the second year running) all on my door step. You can find a list of participating stores near you at http://www.recordstoreday.co.uk/participating-stores.aspx.

One thing about Record Store Day does bug me, and that is the way it is used as amoney making exercise by some. In 2010 I just missed out on a copy of ‘Fool’s Day’ by Blur, their much anticipated reunion single. That very same day it was available on Ebay for hugely inflated prices, and not just a couple of copies but dozens and dozens. Each year the same thing happens, sealed copies of hard to get records are sold on Ebay as soon as they fly off the shelves.

In the NME this week a feature on Record Store day (and kudos to the paper for such a big feature) had some ‘do’s’ and ‘don’ts’ for the day. One of the ‘don’ts’ listed was:

Don’t play any of the records for Heavens sake. This will sharply diminish their value.

Now, this list was intended to be comic, and I don’t want to be too pious, but it does highlight a nasty truth about the day. If it is about a few individuals making a quick profit at the expenses of others, then is that really a celebration of the record shop? Or does it turn something fun and celebratory into a kind of Bargain Hunt with queues?

I know people who used to habitually buy up tickets from popular concerts and then sell them on Ebay at a profit when the shows had sold out. You could argue that is just people using their common sense to make some money, or you could argue that it is a nasty reflection on a greedy capitalist society. if you actively reduce the supply, then it isn’t a fair state of supply and demand.

The same is true of Record Store Day purchases, the price charged in the stores on the day is a fair reflection of the supply and the demand. If people who have no interest in owning or listening to the records, then buying them just to sell them at a profit denies people who really want them the opportunity to get them at a fair price. The shops restrict purchase to one item per person, but I have seen people come in with friends to get extra copies (and even coordinate other groups of friends at other shops). Even if only a few people try and use the day as a money making experience then it can ruin it for dozens of others, there are only small amounts of many of the records on sale.

So, if you want to really celebrate the music and the record stores you love, then go down tomorrow morning and buy yourself some musical treats. And then take them home, rip off the plastic and play them. After all isn’t that what a record is for?