Occasionally an album comes along that ticks most of the boxes and still fails to hit the mark, Spine Hits is one of those times. It is well played, the melodies are pleasant and the production is good, but it really doesn’t deliver. The problem here is that the record is just a little bit dull. 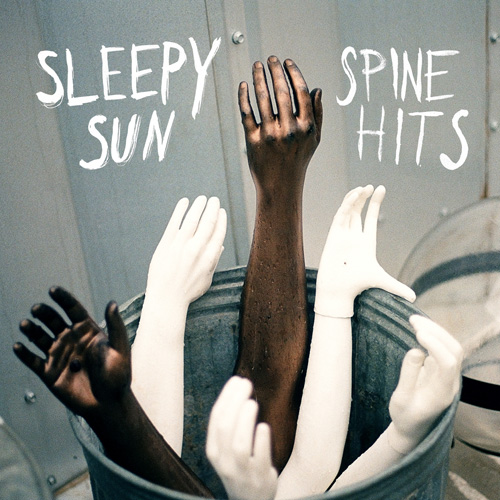 The band sound like they enjoy a smoke, and they sound like they had smoked a lot prior to recording this record. I don’t smoke dope these days, and maybe I’d enjoy the album more if I did, but the laconic psych-rock on offer here fills me with ennui.

The pacing is one problem, the songs are  mostly mid-paced. Even with an few very pleasant slower numbers, ‘Siouxsie Blaqq’ is one example, the variety just isn’t there. And most of the slower numbers seem to transition into being mid-paced at some point during the song anyway.

Another problem is the lack of bite from the songs here, they just seem to lack any real edge. It is weird really as the vocals sound like they could deliver quite a howl, and the guitars freak out on most songs, but freak out in a fairly quiet and polite way. Maybe everyone involved was a bit tired at the recording sessions? Who knows, but unfortunately the overreaching impression is of a lack of effort by all involved.

It is a real shame, because underneath the slightly dull album here is a really great album trying to get out. Each and every song is almost really good, but each one fails to deliver and that is disappointing. You can tell here that Sleepy Sun is capable of being a really good band, but the album they chose to make isn’t good enough. I’m intrigued enough to want to hear their earlier efforts, and I look forward to seeing how they do things live at the I’ll be Your Mirror event in May.

I’m sure that I’ve given better marks to worse records in my time, but after listening to Spine Hits I can’t be bothered to find out.