The first day of the Great Escape starts with looking at your list of “want to sees” and comparing it to the timetable. I’ve already done this but still not decided who to cut from my schedule. Saturday is, unsurprisingly, the most difficult day with Alabama Shakes, Perfume Genius and Willis Earl Beal (three acts that I don’t know but have heard good things about) all clashing. The good thing this year is that I’m not dead set on any of the acts playing, that means a more relaxed festival as I just try out as many bands and venues as I can fit in over the three days. 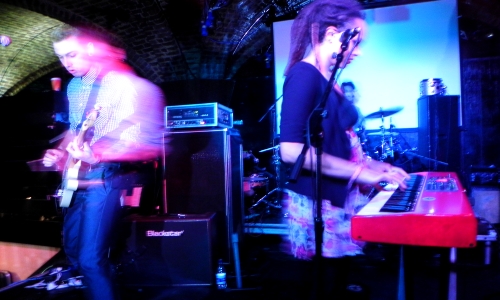 The day doesn’t start well as I make my way to the Albert expecting a quiet start to the afternoon. It is as packed as I have ever seen a venue and I spend most of Porcelain Raft‘s set queuing on the stairs, catching the last couple of songs through the door. They seem OK but not the best way to get introduced to their sound. College are up next and their uplifting beats are hindered by being crushed at the back of the venue, time to move on and catch them another time.

Things improve outdoors with one of the free shows outside the Moshi Moshi Japanese restaurant. Despite the bad weather an enthusiastic crowd catches a very enjoyable set by an act (whose name I do not know) who sound a bit like Fools Gold. One of the nice things about the festival is stumbling upon acts and it is an enjoyable interlude.

Back indoors it is time for some Rocksteady from London band The Skints. This is the kind of music it is impossible not to enjoy and they play it well. The songs are good and the rhythms are tight, with some nice vocals shared across most of the group. The guitarist has a nice bit of patter but should probably learn that there is a fine line between rude-boy attitude and Danny Dyer geezerism. A nice set none-the-less. 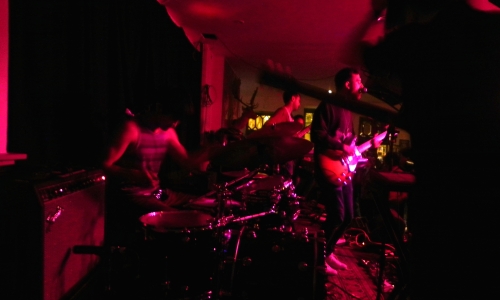 Later in the Corn Exchange we are treated to the Gallic charm of Francois and the Atlas Mountains. They play an upbeat and breezy pop with cool keyboard sounds and a likable croon. The Corn Exchange however is far from my favourite venue, and I don’t feel like hanging around there for any more bands tonight.

The Blind Tiger is a different story and serves up my favourite band of the day, New York residents Milagres. I’d not heard of them before but I enjoyed their set so much I purchased their album straight away. Imagine Grizzly Bear with a harder edge and you’ll not be far wrong, it is a great set and one that may be tough to top over the weekend. 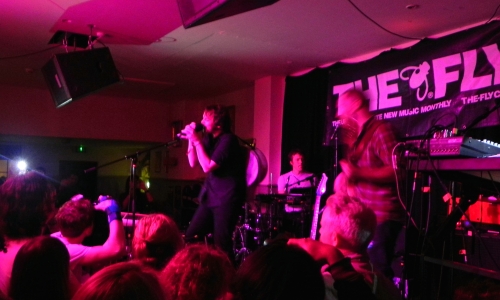 Next up is one time Supergrass and eternally youthful veteran of the scene, Gaz Coombes. He has a big partisan crowd (although one of the features of this festival is that all the bands get a good enthusiastic crowd) and he plays a tight tuneful set. I liked Supergrass and his new songs don’t move far from the template of his old band. However, I came to this festival to discover new acts, and seeing Gaz Coombes feels wrong somehow. I watch half of his set before moving on, he is a good performer for sure but I am not entirely blown away. 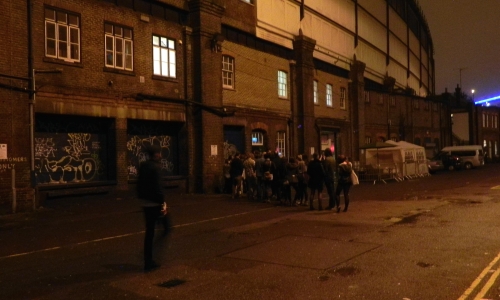 The evening ends with more queuing, this time at the Green Door Store. It seems like an age to get in to see Bastille, and there is a real buzz around the venue. Unfortunately the wait isn’t really worth it, they seem good enough but really offer up nothing new or exciting. The crowd seem to really enjoy them though, so it may just be me jaded from a long day. Time to retire.