I’m going to confess that despite his fifteen year career in music,  I only discovered Asthmatic Kitty artist Denison Witmer last month when his ninth and latest CD The Ones Who Wait landed on my doormat.

Listening to the album I can see why he has been the anonymous bridesmaid but never the bride for so long. He can clearly sing well, has a keen sense of melody, just the right blend of instruments and mixing and writes considered lyrics. The problem is there are a hundred thousand  quite good versions of Witmer out there. On this evidence he will continue to struggle to  walk down the aisle of fame. 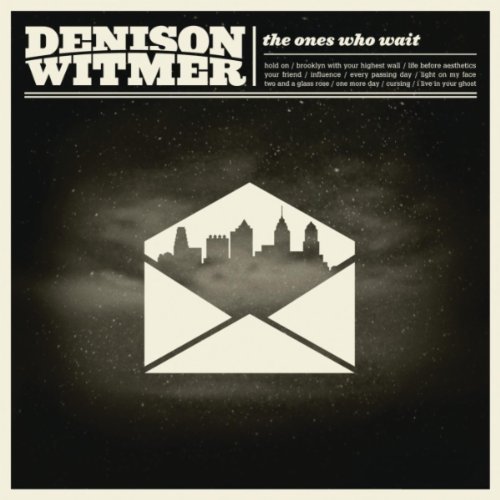 Part of the problem is that he is far too similar to Josh Rouse. I like Josh Rouse, but I’m not sure I want to listen to another one, I’m quite happy with the original.

His lack of originality does not however make this a bad album. On the contrary it’s a pleasing listen. It’s just none of the tracks or lyrics have stayed with me after several listens, which for me is a key requirement of any singer songwriters’ output.

There’s a nice west coast 70s feel in places, some nice banjo (Influence) and trumpet arrangements (Every Passing Day), but with each track I’ve thought, ‘ooh, I really fancy listening to a bit of Josh Rouse now’.

I feel a  little bad for penning this review especially as Denison is clearly highly accomplished and the subject matter of much of the album, about the death of his father from cancer and his own  fatherhood are weighty and worthy subjects.

As a reviewer though I accept that I may over time change my mind about this album. I did with Asthmatic Kitty’s Sufjan Steven’s most recent album Age of Adz, which grew on me over time. I will keep coming back to this as it is by no means a bad album, it just doesn’t have that same sparkle as many other singer songwriters CDs that drop on my doormat.