Belle and Sebastian guitarist Stevie Jackson’s tracks have been sparsely used across the B&S back catalogue but have always lit up each album with their pop-savvy nods to the Sixties. 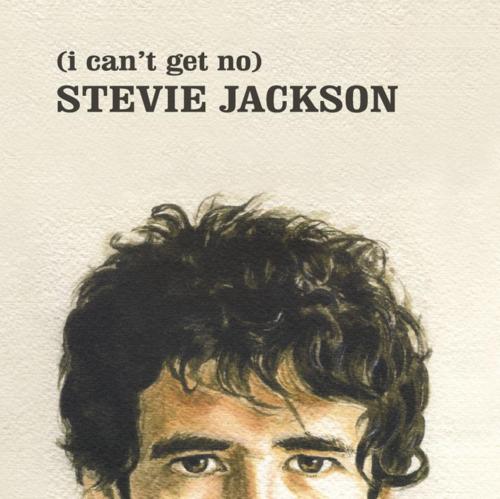 In releasing his debut solo album (I Can’t Get No) Stevie Jackson he has thankfully not opted for any strange flights of fancy into jazz or classical music, it is as you would expect, 12 tracks of intelligent pop of which each could quite happily sit within 12 forthcoming Belle and Sebastian albums.

While it is a solo album it still has a full band feel, with Jackson using a host of collaborators, including members of Belle and Sebastian, The Pastals and The Company over the lengthy six-year period it has taken to write and record the album. This gives the album an eclectic nature without sounding uneven. Indie pop is still what Jackson is all about.

Opener Pure of Heart starts low key before building up into Jackson’s trademark Sixties drenched pop and on second tack Just, Just, So To The Point there’s some great disco strings to add to the mix. He clearly held this one back from  Belle and Sebastian album discussions, as surely this would have been a shoo-in for their Trevor Horn produced Catastrophe Waitress or The Life’s Pursuit.

Man of God appears the most interesting, looking at song titles alone.  Could it be about Belle and Sebastian ‘s chief songwriter and Christian Stuart Murdoch? Sadly not from journalists point of view as the B&S lot are clearly an affable bunch unlikely to criticise each other  publicly or in song.  This track is actually about something far more tacky than inter band tittle tattle and recounts Jackson and collaborator Ray Moller, from The Company, trying to seduce the same girl with 70s soul records

Without a single duff track and packed full of Jackson’s influences from soul to disco to the likes of The Kinks and early Pink Floyd, this solo debut album offers few surprises but plenty of summery pop.