With the Pilton, Somerset, based Glastonbury Festival taking a year off this year the town of  Glastonbury, just a few miles down the road, is hosting the first Glastonbury Fringe event, which features music and arts events between June 21 and July 1.

Among the gigs taking place over the two weeks of events was an evening with three singer songwriters at the Tor Leisure, Glastonbury, on June 23. Featured were Nick Parker, the Street, Somerset, based singer who is usually a solo performer but was performing on the night with his band The False Alarms. The band has just returned from a tour of Germany and this was Parker’s first UK show with them. Here’s our review of his 2010  debut album King of False Alarms.

Oxygen Thief, aka Barry Dolan, whose album we reviewed here, and Ben Marwood, whose debut album Outside There’s A Curse was released in January last year, also played on the night. Marwood is currently working on a second album.

Thanks to Duncan Batey for letting us publish these excellent pictures of the night. 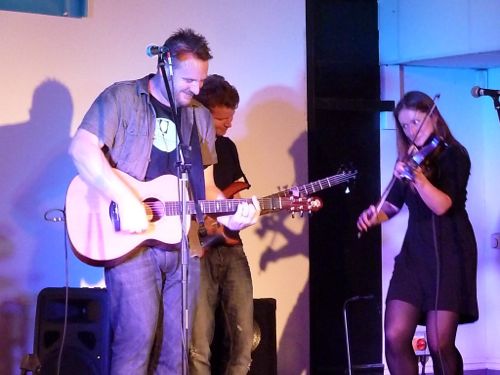 Nick Parker and the False Alarms (pic by Duncan Batey) 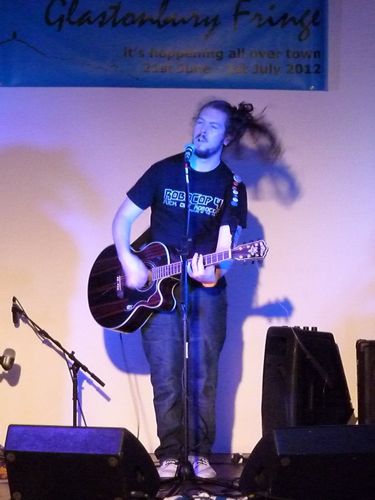 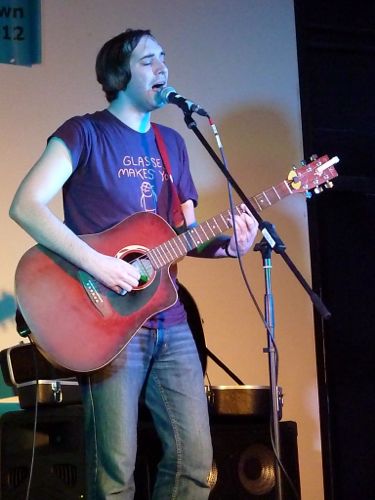