Go Sailor is a bit of an odd choice for our classic albums section, being as it isn’t really an album at all. Released by Lookout! Records in 1996 it is actually a collection of the three EPs the band recorded plus a couple of compilation tracks. However, given that it amounts tom pretty much the bands entire, very short, recording career and sounds so perfect as a single disc I’m going to make an exception. 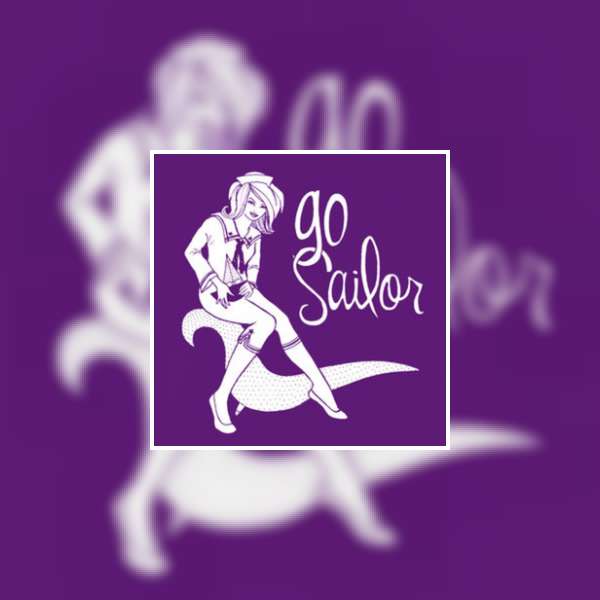 Go Sailor was a bit of a side project for singer and guitarist Rose Melberg who was also playing with Tiger Trap and The Softies during the band’s two year existence. Joined on bass by Paul Curran (later of Crimpshrine) and drums by Amy Linton (later of the Aisler Set) they played a high energy melodic version of what would become known as “twee pop” (not a term that I am entirely comfortable with due to some of the more negative connotations).

It is a collection of pure guitar pop, every song sounding like it could have been a single a-side. The band may have been based in Berkeley California but the sound would have fitted right in with the British c86 movement. The fast jangle guitars and bittersweet lyrics bringing to mind a female Californian David Gedge at times.

Most of the songs are love songs, sung with one of the sweetest voices in indie-pop, but the lyrics show more off a darker edge to Melberg’s songwriting. When she sings “I don’t think of hurting you much anymore” in ‘Fine Day For Sailing’ it sounds just a little bit sinister and threatening.

It is hard to pick any standout tracks from an album which is so consistently good but the impossibly bouncy ‘Long Distance’ is a firm personal favorite. This is Melberg’s album, her personality driving the songs, but the lively drumming and melodic bass are key ingredients in infectious sound throughout the album. Bassist Curran even gets his moment in the spotlight with the sparkling punky ‘The Boy Who Sailed Around The World’, and you can watch a video of that song from their show at Indietracks here.

The band reformed a few years back to play some shows and recently played a string of shows in the UK for the first time. If you ever get the opportunity to see them play grab it with both hands, you are in for a fun set.

The album is hard to get hold of in physical form, but you can pick it up in MP3 form on Amazon for a bargain £7.49. Also recommended is anything by any of Rose Melberg’s other bands as well as her solo recordings, the most recent of which was released by WIAIWYA in 2009.