If there was such a concept of the eight wonders of the live indie music world, then Allo Darlin’s Elizabeth Morris singing Tullulah is surely on the list, sandwiched somewhere between seeing Hefner play Greedy Ugly People and The Wedding Present  rattling through My Favourite Dress.

As she returned to the stage for an encore at Bristol’s The Fleece and started those opening few bars with just ukulele and vocals of this beautiful track about life, friendship and homesickness there was complete silence. The  small crowd looked in awe as Morris, looking a whisker away from tears throughout, gave an impassioned rendition of this firm fan’s favourite. 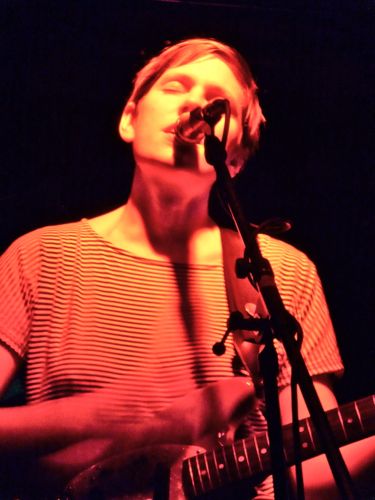 Tullulah is the standout on Allo Darlin’s latest album Europe, which understandably dominated tonight’s set. Opening with tracks such as Europe, Neil Armstrong and Capricornia, with Morris switching between ukulele and Fender Mustang, these tracks went down well and showed just what a fun live act this band is.

Bassist Bill Botting is particular good with a crowd, with his friendly grim beaming out from underneath his giant moustache as he bounced around the stage like a slightly drunk, kindly uncle at a wedding reception. Guitarist Paul Rains’s picking is a pleasure to watch as the hour long set progressed.

Highlights were Kiss Your Lips from their debut self titled 2010 album and Darren, about loving music and dedicated to their friend and former Hefner frontman Darren Hayman. Kings and Queens, a new song that was being played live for only the second time was another treat.

There’s a real sense of warmth watching Allo Darlin’ who didn’t seem to mind that the venue was two thirds empty (which is typical of Bristol mid week gigs, unfortunately) and enjoyed some banter with the crowd in particular thanking their “international fans” from Wales for crossing the border into the English west country.

There is a small caveat to what was an enjoyable set in that their sound live, and also on the production of Europe, was a little light. Maybe that’s the point for their indie-pop following, but I couldn’t help but wonder how much better some of the tracks from Europe would have been with some something extra. This may be the moment where Allo Darlin’ fans spit out their lemon squash in disgust but trumpets would have really helped in some of the songs. The instrument does seem to be all the rage in the indie and alternative music world at the moment with The Mountain Goats and even Mission of Burma featuring trumpets on their recent albums. 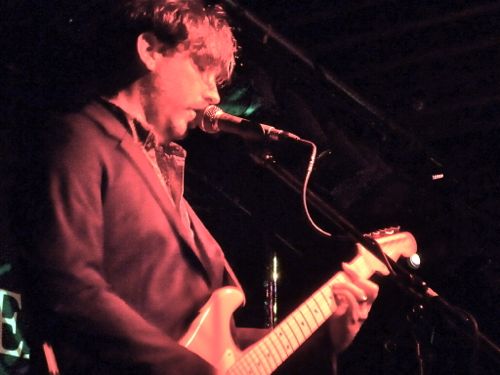 Support was from An Axe, a kind of dirty surf rock and roll trio that benefits from having a  Danelectro baritone guitar player  among their ranks. Cassette Culture  completed the bill. This Bristol once four piece, now three piece admitted they haven’t played for a while, and are now “two men down and one women up”. 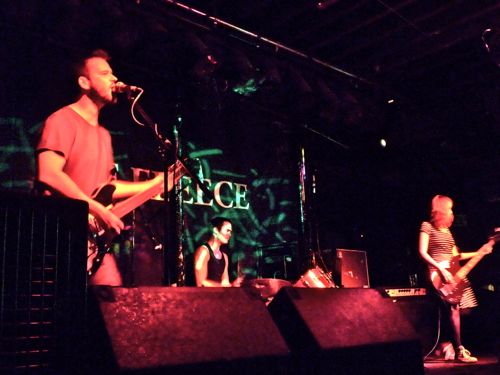 Cassette Culture tag themselves as lo fi, but they were far too loose tonight with guitarist and vocalist Andy Price breaking a string at the start and the band clearly under rehearsed. Despite this I saw flashes of brilliance from Price’s clever lyrics and delivery, which reminded my of early 90s act Kingmaker at times. I’d like to see them again when they’ve got their act together a bit more, and  have penciled them in on my ones to watch list.