On the evidence of Algiers, the seventh studio album from Calexico, this Tuscon, Arizona, act is settling into middle-age rather nicely. Algiers is among their more laid back collections and has some echoes of the likes of the Doors, with some alternative indie rock twists along the way.

As with their last album Carried to Dust, Algiers shows a remarkably high quality throughout, with Joey Burns’ vocals and the band’s trademark trumpets shining  on an album you can put on from start to finish,  be transported to their hybrid world of American indie rock and mariachi and crave more beyond its 12 songs. 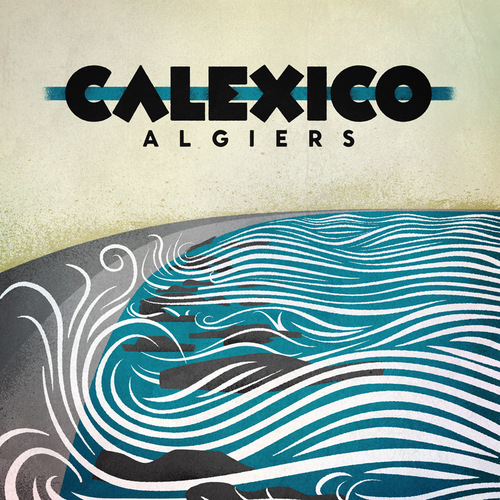 The recording in Algiers, New Orleans, is perfect for the Calexico sound; joyous, carefree but with a darker edge. In discussing the recording setting Burns says: “The place is strong and bold, soulful to the core, but surrounded by a sea of darkness.”

The Doors moment comes on third track Sinner in the Sea, which features some of the album’s best keyboard moments as Burns freaks out Morrison-style, breaking on through to the other side. Fortune Teller, with its similarities to The Shins track New Slang, is another high point and is sure to attract similar attention among TV, film and advertising companies with its sublime backing vocals.

The only slight curveball in this collection is the instrumental title track, but that is only in it not having any vocals. It matters little though, as it contains among the best melodies on the album, and gives the band a chance to show off their range in this well crafted jam, from guitar solos, slide guitar, trumpets and accordion.

Algiers is the kind of album fellow alternative music veterans The Shins and Wilco also release these days; showing supreme confidence in both their musical legacy and enduring ability to win over new admirers.

Calexio are planning a UK tour next February: