Festival number 6 must be one of the last large musical gatherings of a year in which the UK weather dominated and indeed ruined many like minded ventures.

To hold the inaugural Festival number 6 in Wales, which has more rain per day than Rangoon does in its monsoon season, seems like a damp and sodden suicidal  invitation to the rain dogs. Thankfully though the September weather failed to prevent the multitudes from revelling in one of year’s most gloriously surreal weekends of diverse entertainment. 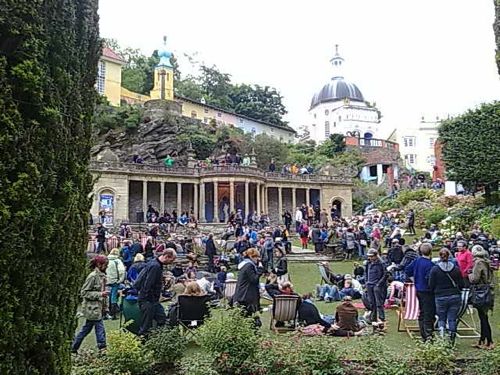 First up let’s talk about the location, Portmeirion, a large sprawling fake Italian village constructed years ago, embedded on the tumbling down to the sea Welsh coastline, made famous globally as the set of cult sixties TV show The Prisoner, with its distinct  houses, towers, verandas and bandstands. It’s an inspired choice of venue for a festival as the village was taken over, the local woods turned into mini raves, the bandstands into tiny venues and the large lawns atop the village holding a huge 7,000 capacity marquee. It was magnificently and meticulously organised. 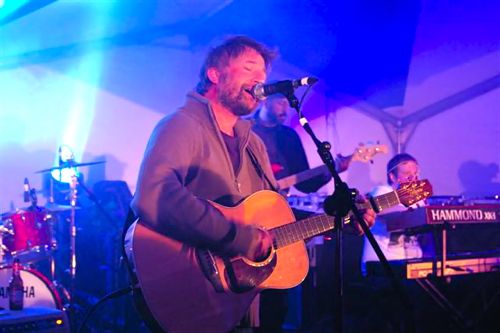 The line up as well was superb, leaving our jaws agape as we tripped the light fantastic with Spiritualized, got our rocks off with Primal Scream, who in middle age have turned into the leanest of  kick ass rock machines. Their track Loaded never sounded more apt as the sights at the festival went from the sublime to the ridiculous as we witnessed three ladies in twenties bathing suits swimming in a tiny, tiny pool, a semi clad fire dancer doing her stuff to a dubstepped up version of War Pigs, Stuart Maconie interviewing Simon Day, King Creosote and one of our favourite live acts Stealing Sheep stealing our hearts with their skewed sideways folk rockery. 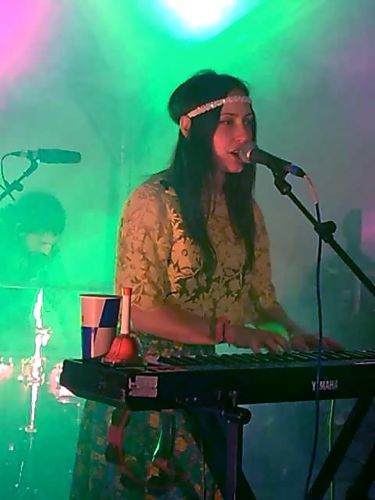 We dined on Brains bitter and Italian fancies, met no VIPS in the VIPs tent and stood slack jawed at the awesomeness of Oldham’s The Whip, who used lights and one of the best sound systems I’ve ever heard all to great effect. We witnessed The Wedding Presents’ David Gedge thrashing out Brassneck, poets both good and bad and…. coming to a large venue near you soon, Tony Law rocking the comedy tent. 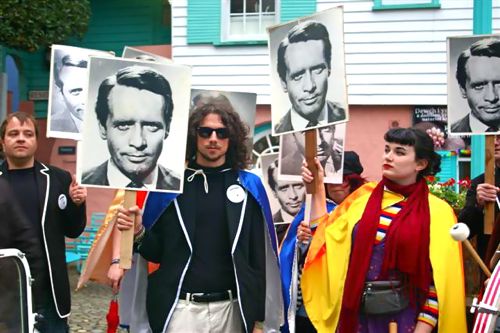 On Saturday night I wasn’t the only one moved to tears when a large male voice choir bizarrely covered ‘Blue Monday’ and went on to dedicate ‘You’ll never walk alone’ to the 96 victims of the Hillsborough disaster. It was absolutely incredible. New Order, themselves were also on the bill and continued to reduce grown men to tears. To put it bluntly this was simply one of the best festival I’ve ever been to as the withdrawal symptoms continue. We understand that all being well this could be a fixture in the festival calendar for another three years at least.

Rain gods you cannot defeat us. To paraphrase New Order, we were touched by the hand of god…or it could just have been Prisoner star Patrick Magoohan?