The music media is inundated with a barrage of press releases and promos each day. In such a world that is driven by technology there’s a wonderful irony that word of mouth has become the best way for emerging artists to ensure their work is even heard.

I’m not sure I’d have given a press release, tweet or Facebook update telling me about Austrian singer songwriter Clara Luzia’s new album The Range, a moment’s notice if it wasn’t for a bloke called Dave at an Allo Darlin’ gig recommending her. 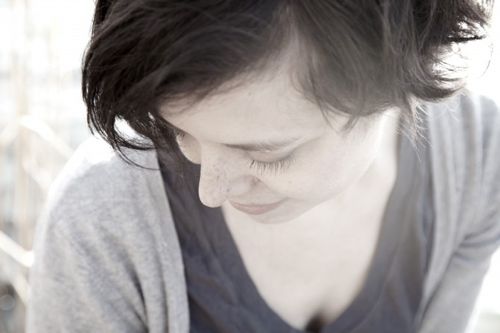 He explained how talented she was, how great her voice but also how difficult it was for an artist from Austria to get gigs, radio play and attention in the UK. To put it bluntly singer songwriters with good voices are ten a penny round our way.

Intrigued by Dave’s enthusiasm, we checked her out on Youtube, sent an email to her PR firm, the new album was duly delivered and it turns out Dave was bang on.

The Range, her first international album and showcasing some of the best tracks from her previous albums, is full of interesting twists and turns on the basic singer songwriter genre. Her voice firstly is the most interesting, with a similar croaky mix of vulnerability and power that The Cardigan’s Nina Persson excelled at.

It’s an  accessible and appealing voice even if The Range’s opener Morning Light, which dates back to 2007, serves up a vocal curveball,  in that she sounds a little like Yoko Ono amid this track’s wonderful terrace chanting chorus.

Backed by a range of instruments, including piano and clarinet, this mix adds something different to the usual indie drums, bass and guitar fare. It is where the piano thuds in on tracks such as Love in Times of War, which appeared on last year’s album Falling Into Place,  where the blend of vocals and instruments shines. This track in particular has a marvellous epic quality.

The Gardener Of The Ground Below is another stormer, slow, moody chamber pop akin to the likes of Ra Ra Riot.

The album takes a slight dip in the middle with Faces, featuring spoken word verse by Emma McGlynn, which sounds a little cheesy, like the All Saints Never Ever. It’s a shame as the chorus is great. Next track Tidal is also among the album’s weaker moments, but surprisingly it takes the reggae rhythm of sixth track Fine to hook me back in. Her voice is remarkable here, and it’s this track that could just be a surprise hit in the UK, with its strong remix potential.

Final mention goes to Queen of the Wolves, a stomping blend of pop and folk that reminds me of another act that came to us through word of mouth, one of our Ones To Watch for 2012 Alice Gun.

Can Luzia, who has won an Austrian Music Award for her 2007 release The Long Memory and founded her first band 13 years ago, succeed in bringing her compelling voice and music to more UK ears? Dave certainly hopes so, and who are we to argue with the power of word of mouth.