It may be an age thing but recently albums seem to be giving flashbacks to my teenage years in the 1980s. Last week it was Race Horses  recalling a distaste of Ultravox, this week Efterklang are bringing one hit wonders Black to mind. There is something about the percussion, electronic production and baritone vocals that recall afternoons listening to commercial radio station Southern Sound who seemed to feature ‘Wonderful Life’ on an endless playlist. 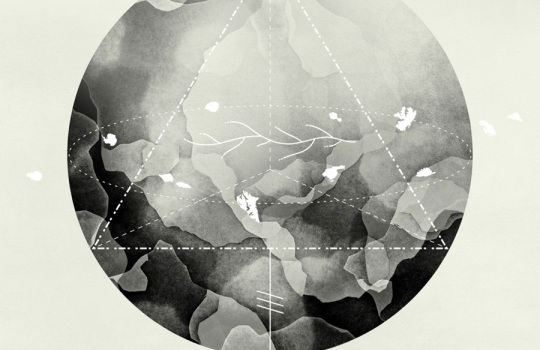 Since they released the beautiful Parades, an album that was built around dozens of musicians, Efterklang have taken a tactic of stripping things back and then building them up again. 2010’s Magic Chairs was built around a traditional band recording on to which they added layers of additional instruments later. Piramida seems to repeat the trick, only with a sparse and somber electronic foundation to build upon.

It is this foundation that harks back to 1980s, with vocal, keyboard and percussion production sounds lifted straight from that era. Even with dozens of guest musicians on hand to add voices, horns and keyboard sounds it is the least orchestrated album that the band has produced. It is also the least accessible, taking several listens to warm to. It is a album that takes time to reveal itself, but it is worth the initial persistence to let it unravel its charms.

It is not an album that will appeal if you are looking for catchy melodies or a sing-a-long chorus, the songs brood and build and work their way into your brain over time. That doesn’t mean that there is no immediacy to the album, the jazzy ‘The Ghost’ sounds wonderful on first listen and opener ‘Hollow Mountain’ offers lively string stabs and choral vocals to draw you into the album.

Albums like this, song collections that demand you listen to them in sequence several times to fully understand them, are becoming more and more anachronistic as downloading single tracks or listening on shuffle becomes the common form of consumption. On Piramida you’ll get the best experience from listening to the tracks in sequence through to the glitchy ‘Between the Walls’ and the beautiful vocals and flutes of ‘Monument’. If you do that a couple of times through you’ll find that this is one of the most rewarding listening experiences of the year so far.