After a break to pen an album of piano ballads, another about lidos and organise an art and musical project about heroes of the space race, Darren Hayman has turned his attention back to his Essex trilogy of albums that started with 2009’s Pram Town and was last seen in 2010 with Essex Arms. 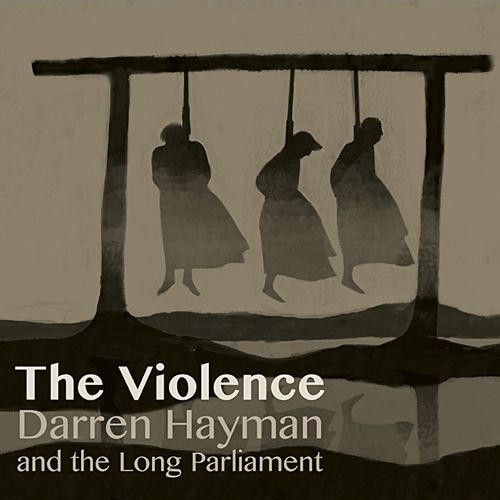 It’s a grim subject matter that Hayman tackles by focusing on the human tales of the lonely, destitute women who were strung up as witches. There’s no Arthur Miller parable about witch trials and McCarthyism here, this is a collection of tales about fear, community and victims.

On Elizabeth Clarke for example his protagonist doesn’t deliver a biting political speech about her plight as she prepares to die. Instead she wonders who will feed her dog when she’s gone. She is also concerned about the horrific details of her impending hanging, hoping that someone will come to pull her legs as she dangles from the gallows. This was seen as an act of mercy at the time. This woman is plain scared and rightly so as her death will be horrific. The added sound effects of the rope stretching and swinging in the breeze add to the horror of this track.

Use of woodwind adds a further melancholy texture and the percussion is perhaps the most striking element of Hayman’s assembled Long Parliament. It shuffles across the songs as if the events are being accompanied by a battle dazed army drummer wandering from the civil war battlefields to the villages and the even greater horror befalling its infirmed old women.

Among standout moments are the chilling melody of We Are Not Evil, in with the community led by Witchfinder General Matthew Hopkins justifies its horrific treatment of  the 300 women executed in the county between 1644 and 1646 as witches. This melody makes a poignant return later on the album on the track Outsiders, in which the so-called witches plead their innocence.

Arthur Wilson’s Reverie is perhaps the most intriguing track and the nearest Hayman finds to a hero amid this slaughter. Focusing on a steward of the Earl of Warwick who protested against the witch trials, Hayman imagines a man who sees beauty and goodness in the women the Essex communities have branded as evil. Here is someone at last who is prepared to pull on the legs of the witches and show them the mercy that was lacking in Essex during this brutal time. It is rare that an album includes a history lesson. It is even rarer that it is delivered so well and marks a fitting but ultimately sad end to this excellent trilogy of Essex life past and present.