Our second live music showcase of 2012 at Brighton’s Quadrophenia-esque Green Door Store, which is tucked into the arches underneath the city’s giant Victorian railway station, featured three of our favourite UK acts Rotifer, Tigercats and Danny Kendall. The night was held as part of the Oxjam festival, with all profits from the night being donated to help causes in Africa through Oxfam. 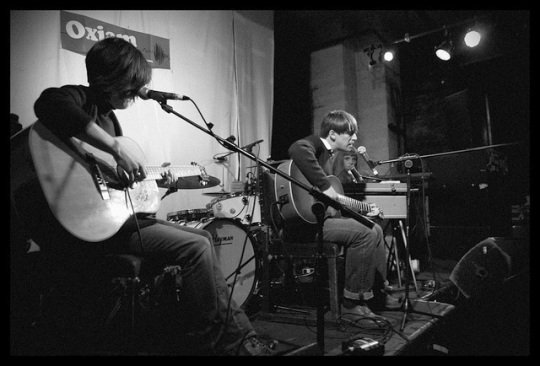 First on the stage was Danny Kendall, the pseudonym of part-time Chris T-T and Jim Bob drummer Ben Murray, an act named after the troubled mid-80s Grange Hill character. For this gig his line-up was completed by Jen Macro and Lucy Parnell, two thirds of the band Something Beginning With L . The three piece took to their stools  for a quietly beautiful set of acoustic melancholia played on guitar and harmonium. ‘We’ve Never Been To Singapore’ was a high-point in an accomplished set of songs that showcased some lovely three part vocal harmonies and delicate melodies. 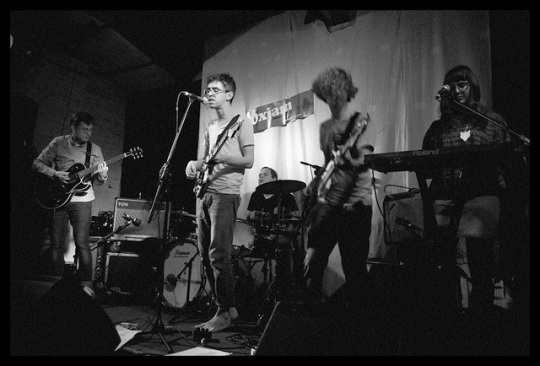 Tigercats, from east London, are spending much of 2012 touring venues across Spain, the UK and France promoting this year’s debut album Isle of Dogs. What makes them such an interesting act live and on the album is the mix of styles. There’s plenty of upbeat, indie guitar pop in their set, on tracks such as Banned at the Troxy and Full Moon Reggae Party, but it’s never relentless as their repertoire includes more thoughtful moments, perhaps best shown tonight through the tragic ballad Jonny and the sardonic call to arms from lead vocalist Duncan Barrett on Coffin For The Isle of Dogs. Highpoints  of tonight’s set included their dream like tour of London and one hit wonders on Vapours,  guitarist Stefan Schafer’s intricate guitar playing and the relentless energy of bassist Giles Barrett, who like Duncan was mysteriously barefoot for the performance. 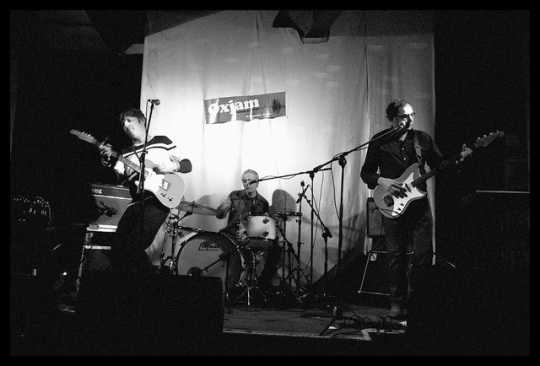 Rotifer, the band fronted by Austrian born now Canterbury based songwriter, journalist, broadcaster and festival organiser Robert Rotifer, proved a worthy headliner, as they showcased a number of new songs from their forthcoming 2013 album as well as highlights from last year’s excellent mod-era influenced album The Hosting Couple and The Children of the Hill (2009).

What became apparent from their first few bars of opener Aberdeen Marine Lab, from The Hosting Couple, was what an accomplished live trio Robert Rotifer has created. With Death in Vegas’s Ian Button on drums and Television Personalities’ Mike Stone on bass they are seasoned pros who know all the tricks to a successful live set. Robert’s engaging banter about futuristic kitchens and newspaper practices won over those that were unfamiliar with his previous albums. While the raft of new songs: Now On There Is Only Love, By The Time November Comes, Ms Pendantovic Resigns, I Just Couldn’t Eat As Much As I’d Like To Throw Up and set closer Black Bag, proved an enticing glimpse of their forthcoming album for fans such as Tigercats, who later described Rotifer’s set as “furious” on their Facebook page. 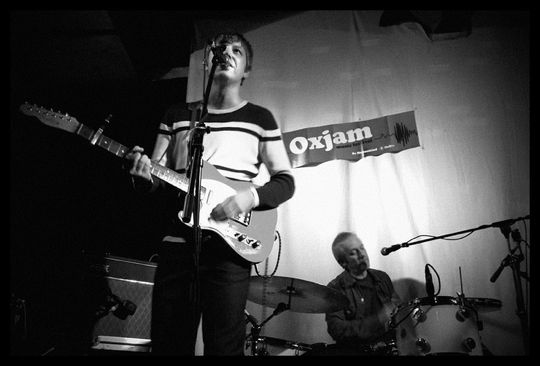 Final mention goes to Robert Rotifer’s sumptuous guitar sound, played on a Japanese reissue of a custom 1962 Fender Telecaster through a Vox amp. The special ingredient we are told is the use of a EMR valve-driven spring reverb unit made by Button. “Every guitarist should have one,” says Robert proudly. We implore you to check out these three bands, who are not only a fine advert for the vibrancy of the UK music scene but also gave up their time for free for a good cause.

More of Nic’s pictures from the night can be found on our Flickr page.

Forthcoming gigs by the bands.