There are bands that tour relentlessly only to implode amidst bitter in-fighting. Then there’s Shearwater’s Jonathan Meiburg, who in the middle of a world tour takes a month out to holiday in an Albatross colony on the Falkland Islands.

Such a break clearly helps avoid complacency.  As Meiburg and his band come towards the end of a 200 night plus world tour they are far from jaded. They clearly still love playing and are so delighted with the respectable crowd that’s turned out they play a mammoth half an hour encore on top of the intense hour long main set. 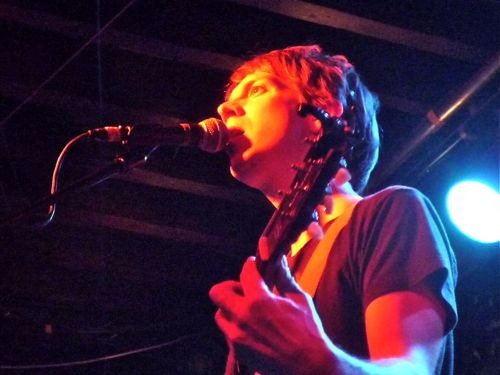 Tracks from their latest album, and first on Sub Pop, Animal Joy took up the bulk of the gig, showing that in both recorded and live form this Texas outfit – that started as an off shoot of Okkervil River –  are among the best indie rock bands around.

Dramatic compositions, powerful lyrics, precision drumming, with the bass and Meiburg’s vocals taking the melody above a wall of noise from guitars and keyboards  provides an enormous sound  at times that could easily fill far larger venues.

Among the highlights from the Animal Joy tracks were the album’s centrepiece Insolence. On this track the tour’s drummer Danny Reisch, a temporary replacement for their usual stick man Thor, proves a real highlight with his military precision on the snare giving the song an even greater sense of drama than on the album.

Another highpoint was Pushing the River in which once again Reisch’s drumming shines, with more than a few nods to Joy Division and New Order’s drummer Steven Morris

After a banter-free first few songs the band really embraced the audience, with Meiberg’s stories of the Falklands and the origins of his songs pouring out.

We discover that the British South Atlantic colony is “like an elaborate reconstruction of here by a theatrical society” and how he found a sperm whale’s giant tooth on the beach. He then donated it to a Falkland’s museum, more due to not getting it through US customs than altruism. This was a nice segue into one of the handful of tracks such as Black Eyes from their 2010 album the Golden Archipelago about the plight and wonder of the world’s islands. 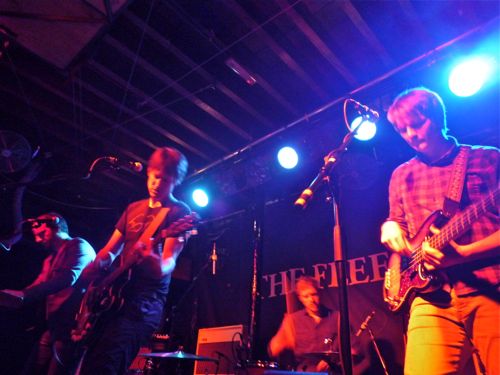 The extended encore gave Meiburg a chance to play solo, just electric guitar and his voice on a couple of tracks with Animal Joy’s Dread Sovereign a highlight of this segment. He was later joined by the band again to belt out some older tracks including Rook, from the band’s 2008 album of the same name.

As with Meiburg’s former band Okkervil River, who played for nearly two hours at Bristol’s Trinity Arts Centre last year, Shearwater know how to give a crowd value for money and a superb, passionate performance. Playing like that for 200 nights, and with a trip to the windswept Falkland Islands in between makes Meiburg one of the most intriguing characters in music and Shearwater one of the most exciting, hard working bands around. 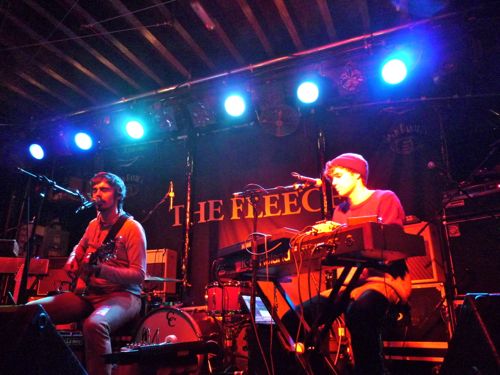 Support on the UK leg of their tour comes from Will Samson, joined tonight by keyboardist “Ollie”. Samson was as engaging as Meiburg during his short set regarding the banter but suffered from vocally sounding almost identical to For Emma, For Ever Ago era Bon Iver. Samson even strains his voice in the same way, but sadly did not have the same quality of songs such as Skinny Love to justify such a copycat performance. He even remarked how much discomfort such straining causes; perhaps a sign from his body that he should find his true voice sooner rather than later. Bon Iver’s Justin Vernon has been there, done that and already moved on and perhaps it’s time for Samson to do the same.