Starting your third album with an 11 minute long track is a pretty bold move, but indicative of an artist who is brimming with confidence. On Blood Oaths of the New Blues, James Jackson Toth, aka Wooden Wand, has created a haunting slice of Americana that takes country blues and Southern story telling nicely into the dark places of Harry Crews and Nick Cave. 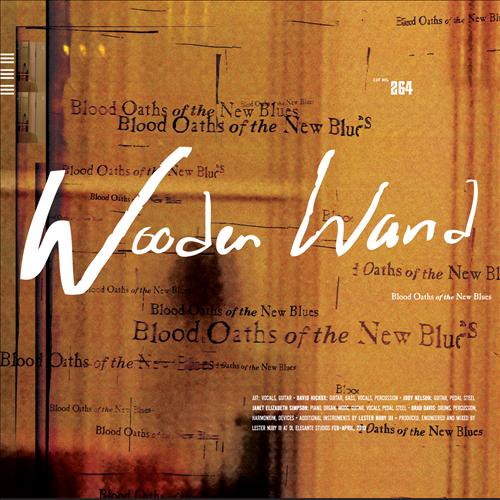 Here we have tales of suicide, gang crime and the executed men of Alabama, the state where Toth recorded the album with his backing band of guitar and pedal steel player Jody Nelson, pianist Janet Elizabeth Simpson and percussionist, drummer and harmonium player Brad Davis.

The end result is somewhere between the slow core passion of Low, the other worldly folk rock of For Emma, For Ever Ago era Bon Iver and the Southern gothic story telling of Nick Cave.

Clearly in the recording process the band have enjoyed losing themselves in the music and that’s certainly the case for the 11 minute opener No Bed for Beatle Wand/Days This Long which plods and twinkles along at a sloth like pace.

Among the highlights are the seven minute Outsider Blues, which has a fine nostalgic quality thanks to some added reverb on the guitar.

Another is Dungeons of Irons, about Alabama’s executed criminals, where the background sounds of guitar tremolo and saw add to the sense of heartbreaking melancholy.

Southern Colorado Song, about the real life crime spree of the Doherty Gang, anchors the album nicely. Still slow of pace it has an epic quality that screams out to the listener that the world is a dark, harsh place.

The nearest the album gets to a single is the pedal steel strewn Supermoon (The Sounding Line), which is brought to life by some sumptuous backing vocals from Simpson.

I hesitate to call this album lovely, but I so want to. It is certainly beautiful in places and allows the listener to lose themselves but at the same time lacks the same intensity as Low, who really mastered this kind of alternative take on the American song with their 2011 album C’mon.  I get the sense, however, that its twists and turns will grow on me more with each listen.