The Lemonheads songwriter and former Smudge frontman Tom Morgan has stripped things right down on his latest solo album Orange Syringe to emphasise the deeply personal storytelling nature of his songwriting. It is Morgan’s harshly real lyricism that stands out and it’s often pitted against a dark and brooding sound; usually led by acoustic and slide guitars. 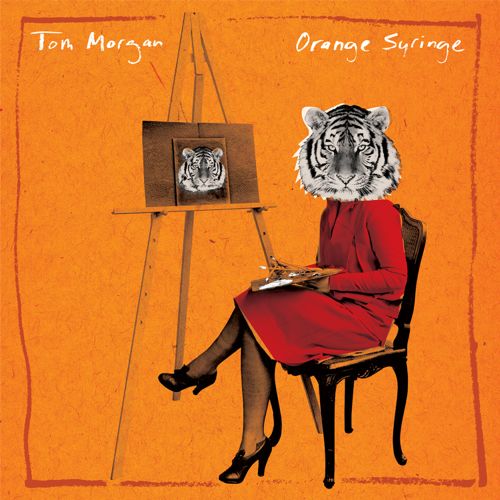 The listener is first plummeted into this introspective world on opener One True Love, then again on track two Best Thing For Baby, which has a boozy break-up feel to it. However, the melancholia and slow-hand strum of this style usually has enough of a hook to it to draw you in. Later on, Awkward Living sounds similarly downtrodden but comes out fighting and actually glides out quite optimistically on an organ sound.

The Australian singer first rose to prominence in the 1990s with grunge pop outfit Smudge and later as writer for The Lemonheads, penning hits such as It’s A Shame About Ray. It is no surprise when the pace picks up that the sound of this era that comes to the fore. A notable comparison could be Pavement or perhaps some of Grandaddy’s poppier moments. Both Taste For Blood and Fatherland have a rockier and more upbeat – even playful – feel.

I’ll provide the wine is again a bit jauntier, seeing as Morgan is documenting his family history while buying a bottle of wine, yet he hasn’t abandoned his dark humour completely. Virtuoso too is another low-fi rocker, penned around the refrain “Have a little patience, in a week it’s going to be concrete”. Jungle Boy offers up something unique in the context; a short blast built on an edgy, grunge riff.

Penultimate number Mess With The Bull has an intricate acoustic riff and brings to mind Elliot Smith. Musically it switches between minor and major chordswhilst lyrically the switch is between humour and something more sinister;something that suggests dark clouds are on the horizon. It is a trait that could define the album.

Closer Final Final The One The One leaves things with a heavy heart, while electric guitar and organ providing just a bit of life. Perhaps Morgan’s voice is a major factor behind such a melancholic mood but Orange Syringe is at times a struggle, although this is unlikely to put off fans of his work who will be well aware of Morgan’s style and its undoubted charm. In the right time and place its disarmingly open lyrics are impressive and ultimately it becomes an enjoyable listen for those new to his work.