Since reforming for shows and recording back in 2002, after a 13 year hiatus, Camper Van Beethoven have not been prolific. After releasing a song-by-song recording of Fleetwoood Mac’s Tusk followed two years later by a proper new album, New Roman Times, they looked like becoming a live band only. Nine years later we see the product or a return to the studio with the release of La Costa Perdida, their homage to Northern California. 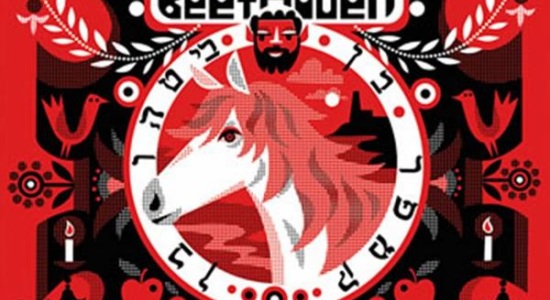 ‘Come Down The Coast’ is gentle and melodic and light, it is a song that wouldn’t have sounded out of place on either of the band’s last two pre-split albums, unmistakably Camper Van Beethoven. ‘Two High For The Love-In’ is even better, adding that layer of oddness that marks the bad out from David Lowery’s other band, Cracker. It is also one of the two songs on the album that feature the full classic line-up of the band with Chris Pedersen on the drums. He also features on the albums title track, one of those country-ska tunes that no other band could play and get away with.

‘Northern California Girls’ sits at the album’s centre, and mixes a clear nod to the Beach Boys with the kind of beautiful melancholy sound that  the band excels at, Greg Lisher’s crystal clear lead guitar and Jonathan Segal’s fiddle sounding as unique as ever.  To the initiated it is a magical sound that you appreciate all the more for the rarity of which it is put to record.

I’m a hug fan but stepping back and being objective I have to admit that there are a couple of tracks on the album that don’t quite work. ‘You Got To Roll’ is just a bit ponderous and seems to break up the mood of the album a little. ‘Peaches In The Summertime’ is another misstep, trying a little too hard to sound like the Camper Van Beethoven of old and not quite hitting the mark. Neither of these are bad songs, but they don’t fit so well on the album and have me reaching for the skip controls.

Even though David Lowery has been busy during the last nine years, both with Cracker and solo, this is unmistakably a Camper Van Beethoven record. It is a nostalgic and affectionate album, and the band clearly still love playing together after all these years. Let’s hope that it isn’t another nine years before they get back in the studio again.