Having won the 2012 Somerset Songwriting competition in May last year, Glastonbury’s Duncan Batey was awarded time recording at the Chicken Shed Studio in Glastonbury. Clearly a perfectionist, he spent the subsequent four months ensuring he got the right instrumentation and production for his long-standing compositions. 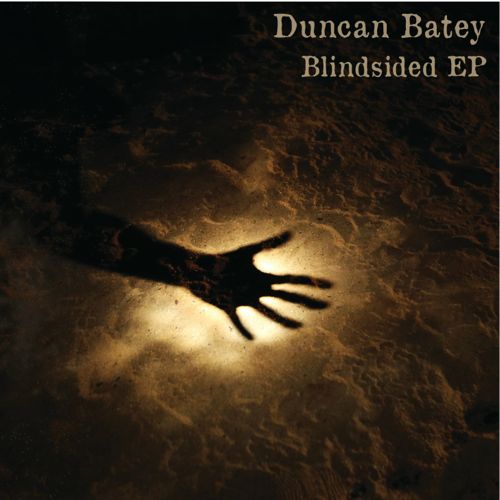 The resulting EP, his debut, brings together four acoustic folk compositions and a remix. It’s a strong collection; mainly slow-burning though track two Breathe has a good beat and thumping chorus. Lyrically, it’s caringly crafted; Blindsided has a nice concept of love that takes you by surprise by creeping in through your blind spot. Learning Curve too has a warm feel and message.

One major collaborator is violinist Caelia Lunniss. Sometimes winding away to give the songs the spirit of Damien Rice (Blindsided, Lost In Space (Love Is The Line), sometimes punkishly stabbing through them (Learning Curve).

The closing Rob Dexter remix of Breathe offers something different again. Influenced by the sound of Radiohead’s TKOL RMX album in the way it places cut up vocals and violin over an electronic dance beat. It demonstrates the potential capacity of Batey’s work. Overall too he has a right to feel proud of the quality of this opening statement.