We appear to be in the midst of a bit of a golden age for music documentary, with films about interesting and surprising subjects coming out or being announced with increasing regularity. The reduced cost of making films in the digital age and the new crowd sourced methods of getting funding make creating a film about a relatively obscure artist achievable without the need for cinema showings or guaranteed DVD sales to support the endeavor.

Last year was a good year for the music documentary at both ends of the success and attention spectrum. At the top end was the Oscar winning ‘Searching For Sugarman’ which took an artists that was both obscure and hugely famous (depending on where you live) and coupled it with a fascinating story to great effect. Also notable was the epic homage to George Harrison, ‘Living In The Material World’, that was perhaps too comprehensive but was certainly a labour of love for Martin Scorsese.

TV has been another good source with BBC4 and Sky Arts leading the way in showing interesting and well produced documentary films on a wide range of artists. Sky Arts tends to show archive films but the BBC have made and shown excellent films on the likes of Squeeze, The Kinks and a surprisingly in-depth look at the work of Chas and Dave. They also have a film about David Bowie in the pipeline which features world renowned Bowieologist Nicholas Pegg in a consultant role. 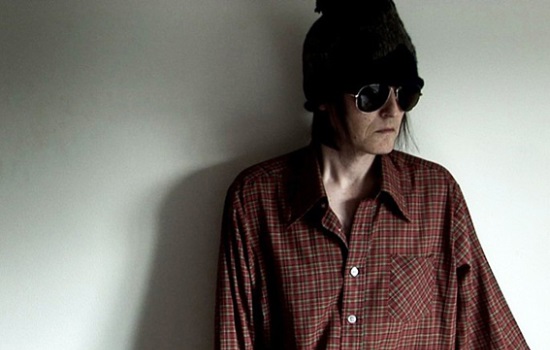 ‘Laurence of Belgravia’ was perhaps the better film and showed Laurence as an increasingly delusional figure, clinging on to concepts of stardom that  would never come, although it is all wrapped up in a self-perpetuated myth by the artist himself. (You can watch a trailer for the film here).

‘Art Will Save The World’ shows Luke Haines as a figure who is increasingly affable and comfortable with his place in modern music. At odds with his (again self-perpetuated) image as the most evil man in Brit-pop it sees him moving towards becoming something of a national treasure. It is perhaps best viewed as a companion piece to his excellent memoir, ‘Bad Vibes’. (You can watch a trailer for the film here).

Pitchfork has also entered the music documentary arena  and done some sterling work as part of their Pitchfork Classic series of films. These films are similar in concept to the 331/3 series of books focusing on a single album by the band in question whilst offering up some biographical details about them. These films to date have been of a very high quality and managed to get all the principle players interviewed for the films and included some excellent archive footage. Best of all is the recent film about Belle and Sebastian’s If You’re Feeling Sinister, and managed to make a brilliant record seem even better. (You can watch the whole of the film on the Pitchfork TV site here).

The Sad and Beautiful world of Sparklehorse

Below I preview four films scheduled for release, or in development, most of which have been made possible by crowd funding (the pros and cons of which I will not discuss here, although it is much debated).

‘The Sad and Beautiful World of Sparklehorse’ is a film about the music of the late Mark Linkous, one of my favourite recording artists. The UK interview filming has been completed and the producers are currently trying to raise funds for interviews in the US and Europe on this crowd-funding website. I have mixed hopes for this film based on the interviews captured to date, with some like-minded musicians such as Jonathan Donahue and Ed Harcourt included as talking heads. More worrying is the appearance of TVs Matthew Wright in the film, he may be a big fan but this doesn’t add credibility.  Hopefully the remaining interviews will include collaborators like David Lowery, Dangermouse and PJ Harvey and the archive footage could be what lifts this film.

‘Song Dynasties’ has already managed to get full funding through Kickstarter and looks set to bring out the story of Kevin Barne’s Of Montreal on DVD later this year. The film has been put together from hundreds of hours of footage from throughout the band’s career and has been 16 years in the making. If it is anything like as entertaining as Of Montreal are live on stage then it will be captivating viewing. (You can read more about the project and watch a trailer for the film here).

In February we posted a review of a little-known (in this country at least) album by the South African punk band National Wake.  We now have an opportunity to find out more about the African punk scene thanks to the forthcoming release of ‘Punk In Africa’, a film made by Deon Maas and Keith Jones in South Africa, Mozambique, Namibia and Kenya. (No UK showings of the film are currently scheduled but more details about the film and some footage can be found here).

Best of all is ‘Are We Not Men?’, a film about Devo. And  if you watch the trailer (above) you’ll see what an exciting film it looks to be. Devo were colourful, subversive, different and had some ideology to support the ideas in their songs. The perfect subject for a documentary film and one that should appeal to those unfamiliar with the band as well as their fans. The film was made possible by a Kickstarter campaign that raised over $70,000 and is scheduled for a release in August this year.

If you have any favourite music documentary films, or know of any interesting projects in production, please post a comment below.