Earthbound is a musical memoir and a hymn to London Underground’s Bakerloo Line. In it, Paul Morley uses the stops from Harrow & Wealdstone to Elephant & Castle to take us on his own musical journey from Can and Kraftwerk through to Mars Volta and Pantha du Prince. 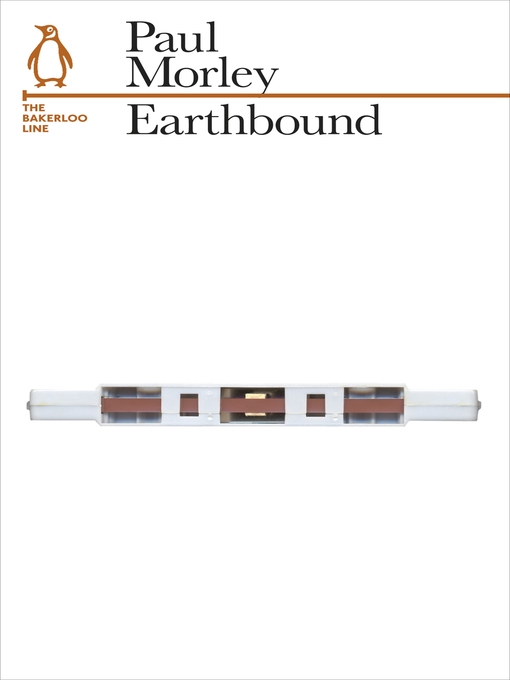 This is Stockport lad Paul Morley of the punk era NME, rather than the talking head of TV list show fame. Morley is clever, but not a show-off. He’s an enthusiast, not a geek. He matches the thin brown line of the Bakerloo with the magnetic cassette tape revolution of the 70s (illustrated beautifully on the minimalist cover). Morley lends this tape added meaning, revealing that through a fluke of circumstance, he was one of the first tube travellers to get their hands on a Sony Walkman fresh from the Japanse factory.

This now-dated technology was totally unique on his commutes. The flat corduroy-coloured line was at the core of seemingly insanely modern machine, delivering private musical pleasures. Now of course, it is almost as rare to see a passenger without Apple-white ear phones on the ride from say Regent’s Park to Lambeth North.

Earthbound is an indie music flavoured essay of London’s unfashionably wooden tube line that takes in the NME offices close to Oxford Circus, the BBC studios and radiophonic workshop of Maida Vale, the suburbia of Finchley Road and Kilburn. Ironically, for all his praise of the Bakerloo, Morley can’t recall his first trip on the line (surprisingly I can: as another Stockport boy on a hot summer night circa 1981).

At a slim 137 pages, Earthbound is an accessible read for anyone with a love of the alternative music scene (or mass transit systems). The book terminates not with a slow rumble (as the Bakerloo does at Elephant) but with a breathless, three-page sentence, releasing the reader from the claustraphobia of the underground like a train spilling from the tunnel outside Queen’s Park.

Earthbound is part of the Penguin Lines collection, commemorating 150 years of the London Underground