Two years ago we were sent an EP, called Falling Over Our Fear by Leeds band Just Handshakes (We’re British), and were mightily impressed with their unique brand of indiepop. Like many of their peers they are clearly regular listeners to C86 era bands, but in vocalist Clara Patrick they had something very different. Her beautiful Yorkshire lilt was more traditional folk than fey indie pop and as a result brought this EP’s tracks alive. 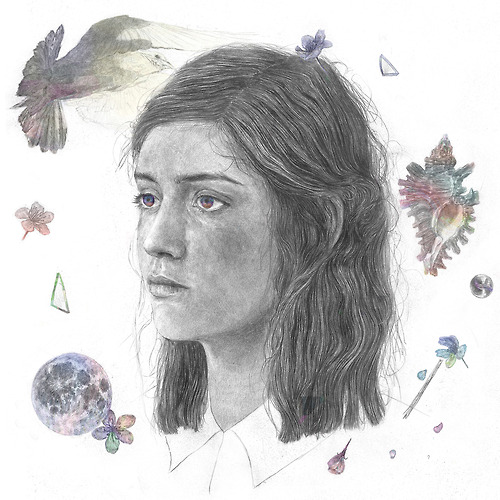 Fast forward two years and at last their debut album Say It has arrived, they’ve dropped the “(We’re British)”, signed to California’s Bleeding Gold Records and are proving that Patrick is not the only star of the band.

While on Say It there are echoes of their C86 roots its production slips further back in time. With its whirly-gig keyboards, chorus pedals and Patrick’s vocals it sounds like Young Marble Giants in places – but somehow with XTC’s Dave Gregory on guitar.

Their guitarist Michael Denham may not be familiar with Gregory’s style, he may well preach daily at this underated legend’s church but by hook or by crook Denham certainly sounds like him as his guitar moves across the melody, twanging this way and that. To call his work merely jangly guitar pop really does Denham a disservice; he’s much more than that, specially on opening track London Bound, which has echoes of XTC’s Towers of London in both title and guitar playing.

The title track also has a great riff but the guitar takes more of a back seat to allow Patrick’s vocals to shine. November is another highlight with its sparse verse and epic chorus. It’s the kind of track that The Joy Formidable are building up their fine festival reputation with.

They’ve also achieved something that is rare for a debut release; to already have found your voice and sound rather than spend 12 or so tracks searching for it. This assurance of their ability and direction has enabled them to deliver a highly consistent debut, full of hooky choruses and nods to the best of English new wave and independent music without merely copying. They even have the balls to end the album on a wistful Young Marble Giants-eque two minute track Balmoral, with just Patrick’s vocals and keyboards for comfort.