The Great Escape got off to a literally bright start, with sunshine make a rare 2013 appearance. Good weather always brings out the best in people and the massed crowds in the many venues around town seemed in good spirits. I doubt that cheerful Canadians The Elwins need much brightening up though, their bouncy pop coming from a naturally happy place. It is always hard to get the audience participation going during an early afternoon gig, but in a packed Blind Tiger they made a pretty good fist of it. 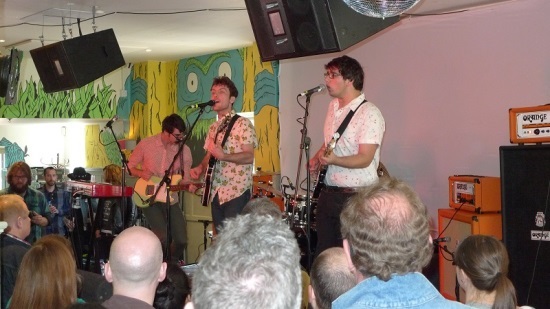 Scottish singer Lauren St Jude, in a dark Dome Theatre, was a radical change in pace slowing things right down. Her voice was pitch perfect and the performance was good, but it was late night music and seemed better suited to a smaller venue.

In further stark contrast was rock trio Velvet Two Stripes playing to an overflowing Komedia basement, with a singer looking like a young bottle blonde Chrissey Hynde, with Joan Jett’s voice after chuffing down a bottle of Whisky and 200 fags. Like a Swiss take on The Kills’ drum machine-backed blues rock this trio of strutting rock vixens proved that Switzerland has more to offer the world than the cuckoo clock and a hideaway for Nazi gold. 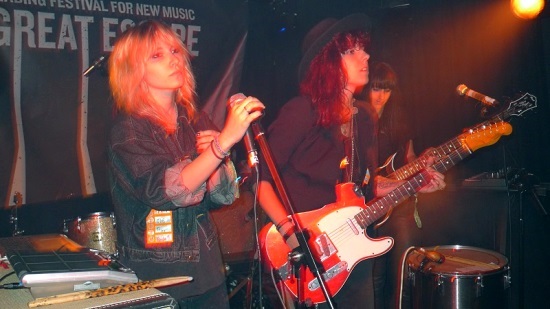 After a strong start the afternoon hit a bit of a lull with the underwhelming Young Husband playing to an overflowing Prince Albert. Their retro indie sound is nice enough but really fails to engage and this is the first set that we abandon to enjoy the sunshine.

Girls Names prove to be another disappointment, their surly performance failing to win me over to their surf guitar influenced sound. They seemed annoyed at having their set cut short, but surely giving the huge Coalition audience a good time for 20 minutes would have been a better approach? Thankfully the vocal mic was so quite that it was hard to hear the singers grumbles between songs, and the shorted set was a blessing in disguise.

Staying at the same venue it was up to Wolf Alice to show them how to do it. Engaging, cheerful, noisy and showing a mix of swagger and indie-pop hooks ready to reach a mass audience. They prove that enthusiasm and good tunes is the (not-so-secret) recipe to a good show and set us up nicely for the evening. 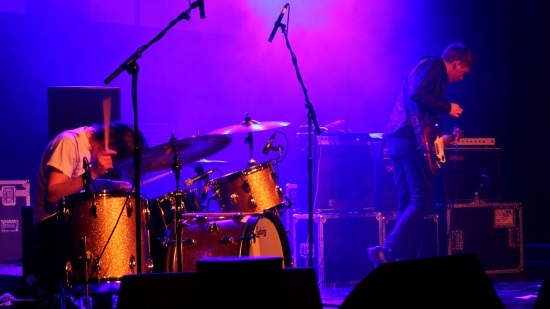 The Corn Exchange can be a bit of a soulless venue, the sheer length of the room means that bands can get a little lost, but the NME stage there each year always presents some interesting acts to catch. Drenge are a guitar and drums duo, which is a line-up that will always see a band compared to The White Stripes. In practice if you play bluesy rock in this set-up it is going to have similarities, but Drenge have a style and sound that just about sets them apart from Jack and Meg. The set takes a while to get going, but for most of the performance it is very enjoyable, and the drumming is excellent. They make a poor choice of final tune, a turgid affair, which brings a promising performance to a rather flat conclusion.

Merchandise are up next, and one of the bands playing today with the most hype around them. A Smithsy single getting play on 6 Music suggests that they could be a big thing in the future. The performance tonight doesn’t rule that out, but it wasn’t to my tastes at all. Elements of Simple Minds and even Big Country show they know their 80s stadium pop, but it feels mannered and I don’t hear enough classic tunes. Maybe they’ll prove to the new Killers, another bland throwback act, but I’ll not be keeping an ear open. 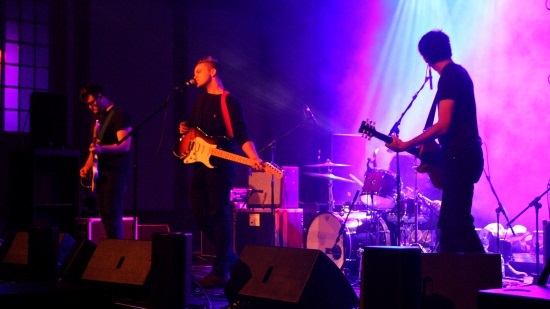 Taking some time before the evening’s main event we manage to catch the end of two sets in the various Komedia venues. Boats, with a mountain man lead singer, are hard to categorise but seem like a lot of fun and I’m tempted to catch the whole of their Saturday performance. The Skints are also a welcome find, a band I enjoyed last year, and another act I may try and catch again today. Their skinny unassuming singer having one of the biggest and best voices of the festival so far. 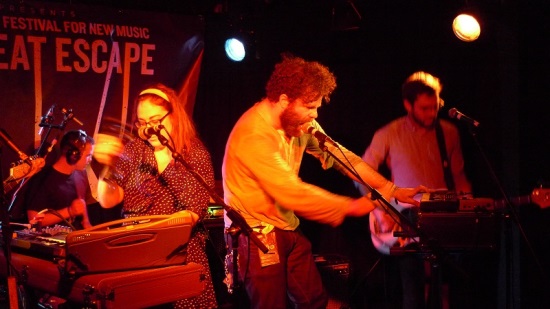 Phosphorescent prove that they are one of the best live acts around, as well as having a catalogue of excellent songs to play. Tracks from their excellent last two albums, along with a a stunning version of Merle Haggard & Willie Nelson’s sobriety-yearning hit from 1983, Reasons to Quit, sound big and bold in the Dome Studio with electric piano and organ high in the instrumental mix. Matthew Houck’s mumbled vocals take a while to adjust to, but it is an assured headliners set and a closing version of Los Angeles is as wonderful as when I first heard it several years ago at End of the Road. 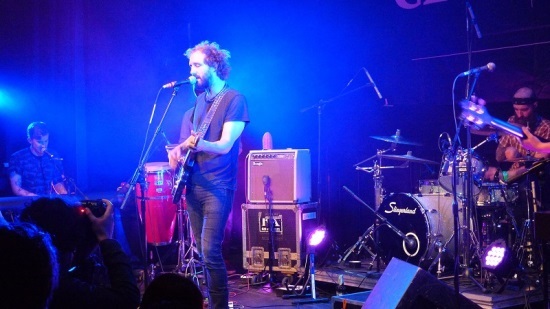 There are still many shows left to play when we head home, but with two full days and dozens more bands to see a good night’s rest is in order. This year’s festival is has more names that are unfamiliar to make than ever before, and as a result it is proving to be the most interesting Great Escape to date and I can’t wait to see what today has to offer.