Day two at the Great Escape is really all about one man, Billy Bragg and I could spend the who review talking about him and his excellent show. However, there was plenty of other great stuff to see through the day, so I’ll cover off some of that first and come back to the bard of Barking later. 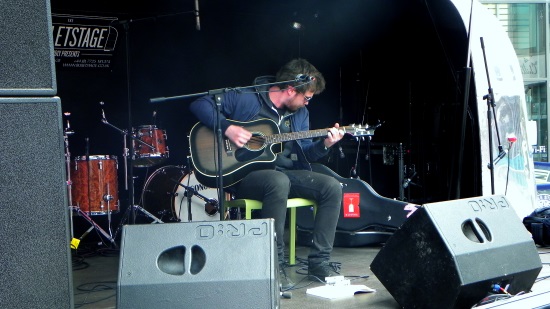 My first act, albeit a brief stop, is singer songwriter Eamon McGrath whose gravel voiced songs play to a Hub crowd that is noticeably smaller than day one. The downturn in the weather meaning that outdoor and seaside based venues are not quite as busy as the day before. 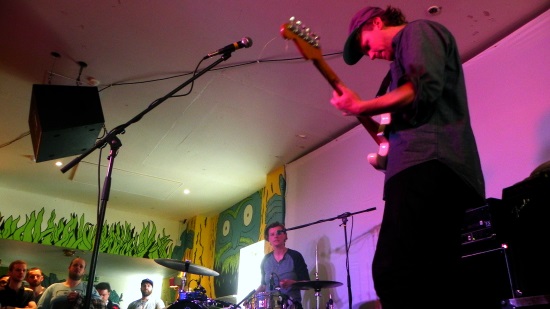 My first planned stop of the day is at the Blind Tiger for another act in the Canadian showcase, this time Cousins from Nova Scotia. As always the venue is a hot ticket and I only just beat the queue to get inside the pub-venue sweatbox. Canadian acts in this venue have always been pretty reliable and Cousins don’t disappointing  They are another guitar and drums duo, this time with the classic girl drummer, boy guitarist line-up, but definitely not aping the White Stripes sound. The guitar sound is rough and the drums always one step away from falling apart, with some really nice extended repetition in the songs. Definitely an act I’ll check out on record when the festival is over. 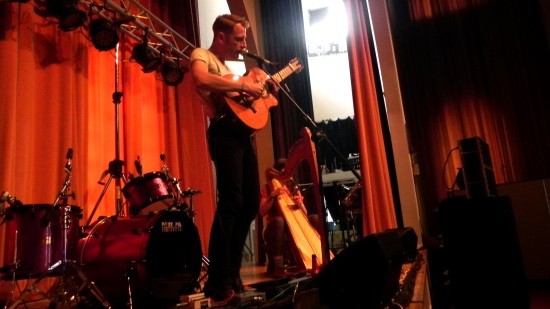 Moving to the slightly odd Brighthelm Centre, a kind of mix between a church and a community centre, we decide to give Fletcher a go. The programme description of bands playing is often a little misleading, but in this case it seems that the organisers may have booked the wring act. Where we are promised a three piece new-age British rock band we actually get a rather earnest singer songwriter accompanied by a harp player. The tunes are very pretty and well played, but it is a much more low key experience than we were expecting.

Wandering into the Komedia we are greeted by the extreme contrast of Lady Chann startling a small crowd with some pretty full on dancehall stylings. Sadly she finishes minutes after we arrive and her compatriots, The Heatwave, start to treat the crowd to a reggae karaoke sing-a-long that is a lot less fun or interesting. 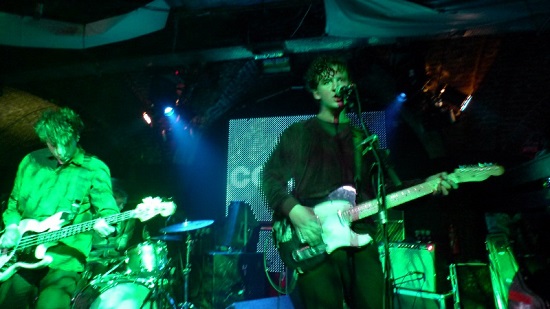 Coalition seems to be the venue where slightly sullen acts are booked to play, yesterday Girls Names were the petulant schoolchildren and today Popstangers are the ones staring at their shoes. To be fair they don’t complain, and it is easy to mistake nervousness for lack of audience communication, but more effort is needed to win over a crowd. Better songs than played here would also be a bonus, nothing really catches fire during a middling set and it is a hook free half hour. There are some nice instrumental moments amongst their 90s slacker indie set, and enough interesting sounds to show some promise, but the band isn’t quite the real deal yet. 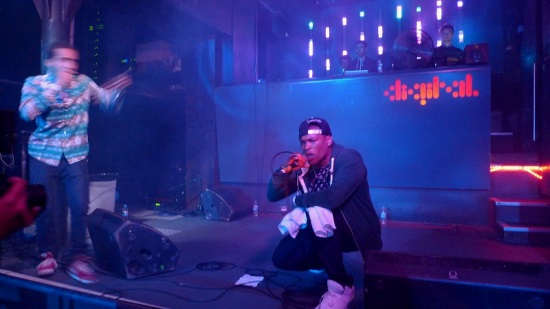 On route to get some food we pop into Digital and catch a few tracks by the rap act performing to the smallest crowd we’ve seen at the festival so far. They are pretty good and put everything into their show, something that Popstrangers could learn a little bit from. In a festival dominated by white guitar players an act like this is going to struggle to get an early evening audience. I couldn’t tell you who they were as they don’t seem to match anything in the programme for the time slot. 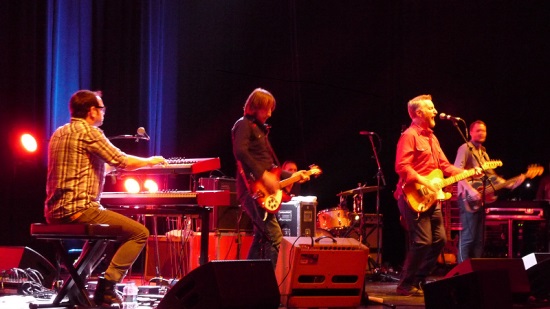 Fed and watered we head for the main event, a true veteran of British music who is loved and loathed in equal measure for his straight talking and good old fashioned political songwriting. Although truth be told it is the many love songs that Billy Bragg pens that show his skills and, although there is plenty of politics between songs, make up the bulk of his set.

A mixture of old favourites, pop classics, new songs and Woody Guthrie numbers are all played beautifully by Billy and his band. The experienced performer that he is, he knows exactly how to command a crowd and there is hardly a moment that isn’t top quality in the time that he is on stage.

His band are excellence, and the pedal steel country style suits his back catalogue pretty well (his first dabbling with country music dating back 20 years). In the middle of the set he takes the stage alone and plays some old favourites to a partisan crowd. When he plays ‘The Milkmen of Human Kindness’ there is no need to ask the crowd to sing the chorus for him, they do it unprompted  and it is quite a touching moment.

It is the first time I’ve seen him play since one of my first festival attendances nearly a quarter if a century ago. Hearing him tonight I wonder why I’ve let myself miss out on some great performances in the intervening years. 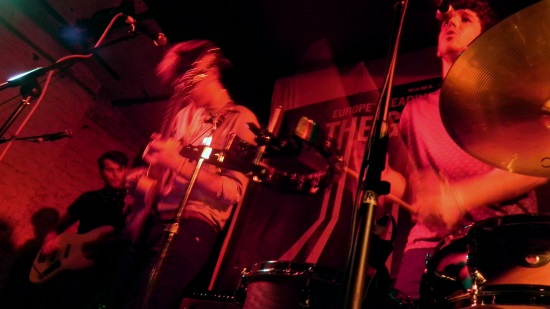 After a failed attempt to get in to The Warren to see Iggy Azalea (clearly one of the hottest tickets in town) we heard up to the Green Door Store where Siblings (an unscheduled act) are taking the stage. The appearance of a banjo makes me worry that we have another Mumford and sons on our hands, but an energetic performance gradually wins me over. The songs are pretty good and, if anything, Vampire Weekend are a more accurate reference point. All told it is a pleasant enough end to another enjoyable day.