Day three starts in the Komedia downstairs into the unnecessarily dark concert space to watch Mary Epworth play. I am immediately struck by the incongruous nature of the band, two young women, with beautiful harmonious voices backed by a hairy bunch who could easily double as bikers in a remake of Easy Rider. Odd they may look, but they play things pretty well and the prog-folk-rock songs are enjoyable, if let down a bit by some poor sound in the venue with a slightly irritating rattle throughout. This is a minor quibble on what was a strong set by a very promising artist. 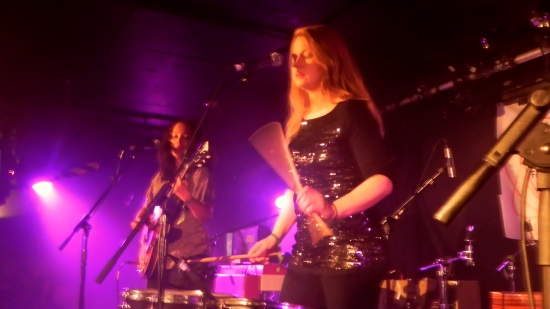 Heading upstairs to the smaller studio venue I manage to get front of stage to catch Husky Rescue a Finnish act that prove to be one of the finds of the day.  Sounding like Efterklang  at their more minimal with impressive vocals by a singer that recalls a less histrionic Bjork it is an engaging set. Johanna Kalén is a calm and ethereal presence on the stage whilst the two ban members quietly and unassumingly produce some really lovely music. One of the bands from the weekend that go down in my notes to check out after the festival is over. 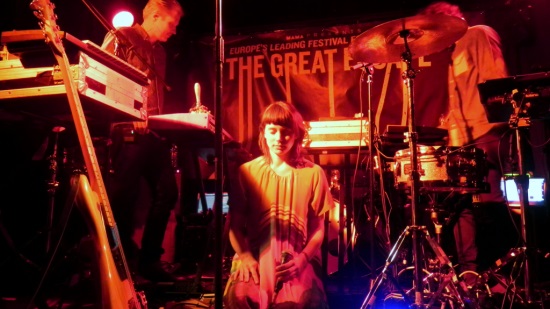 Outside at the Hub it is Jake Isaac who has the unenviable job of telling the crowd that Deap Vally have cancelled their set and he will be filling in. His voice is nice enough and his acoustic guitar based songs are fine, but it doesn’t make up for missing out on one of the bands I’d been looking forward to (more on whom later).

After a break from bands and a few convention activities I start the evening at Sticky Mikes Frog Bar for some full on classic rock from The Upskirts.  Fronted by a couple of bare foot guitarists they make an enjoyable noise, it is loud and high energy but falls short of doing anything special. I can’t remember a single note of any song they play even as I’m leaving the venue. 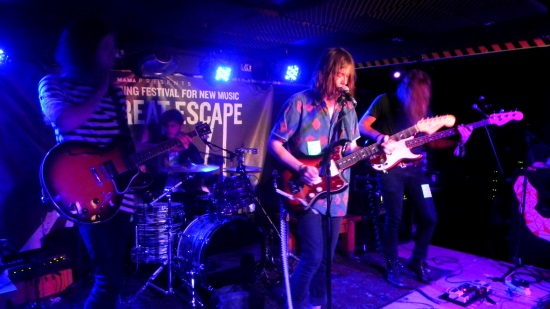 Superfood are another band that sound pretty good without managing to serve up anything particularly memorable or groundbreaking . They do have some nice hooks, evoking the sound of Blur’s noisier songs and, less favourably, some of the second string Brit-pop acts that history has forgotten.   They are a very young act though and I hear enough promise in their sound and playing to think that they might turn into something more interesting over time. 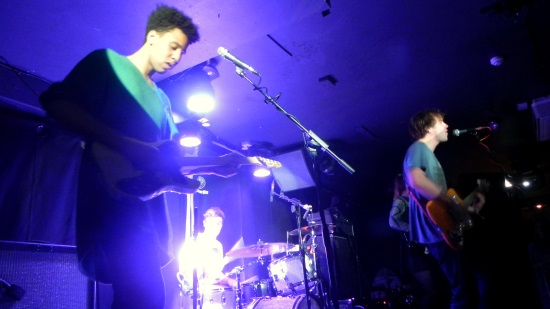 Cheatahs are an act that wear their influences on their sleeve, and given that their influences are largely bands I love I can live with that. Fey vocals, echoing guitars and lilting melodies which recall Ride, The Posies and Superchunk across an entertaining set. They are a band I’d heard a lot about prior to the festival, and on the strength of this performance I can see why. If you are going to be derivative then you need to do it well. 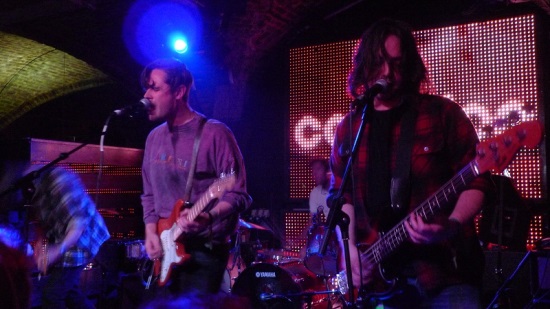 The schedule is out the window at The Haunt, with Deap Vally make a surprise appearance on the bill with the promised Jagwar Ma nowhere to be seen. To be honest I’m not disappointed by the substitution,  the all girl version of The White Stripes sounds like a lot of fun on paper. Imagine Bette Midler belting out AC/DC tunes in the back of a sleazy dive bar off the Sunset Strip and you’re somewhere close to understanding their strange charm. 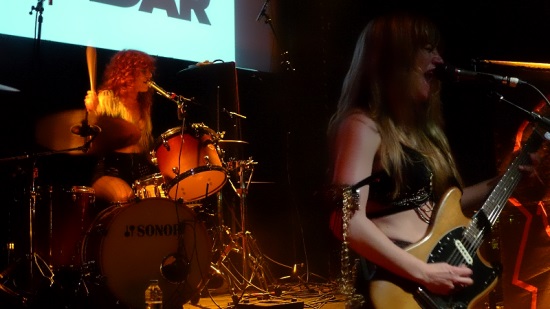 Parquet Courts are the band that I’d been looking forward to most all weekend, they got great reviews at SXSW and I’ve enjoyed the little of them that I’ve heard on record to date.  The perfect modern New York art rock band, effortlessly blending Jonathan Richman, Sonic Youth and Big Black into a sound that’s uniquely their own. Their ability to take other band’s sounds, like their opening track sounding like Pavement doing the Fall, is one of the keys to their success. There is a level of familiarity mixed with enough individuality to make for a truly excellent show. It is also the best crowd reaction I saw all weekend, with frantic dancing, crowd surfing and a small stage invasion taking place during their frenetically paced set. 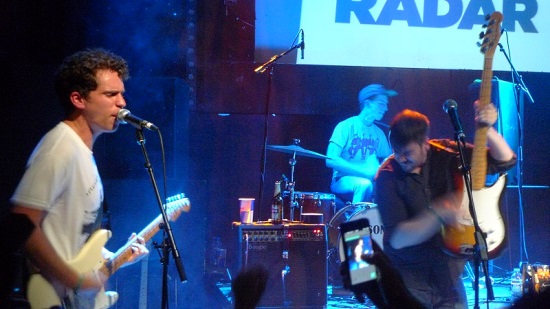 I’ve enjoyed lots of acts each day, and been lucky enough to see one truly great set towards the end of each night. But whereas Phosphorescent are an established band, one who I’ve seen over three years earlier, and Billy Bragg a true veteran it is Parquet Courts who are the best new act at a festival that is really all about new music.

This was Neon Filler’s third year covering the Great Escape and each year offers up something new and exciting. I look forward to another excellent festival next year and urge you to buy a ticket as soon as they go on sale.