It is always a special thing when you see one of your all time favourite bands, it is made even more special when it is more than a decade since they last played in the UK. That time they played in the Queen Elizabeth Hall on the south bank, this time I’m seeing them in the less salubrious but more intimate Haunt in Brighton. 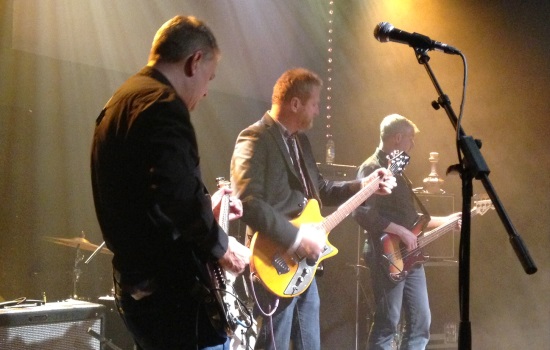 The name alone means that newcomers are likely to struggle with the concept of Camper Van Beethoven, and when faced by this group of graying musicians playing their unique mix of ska, pop, punk and country tunes it is not always an easy sell. To the initiated they are pretty much the perfect band, and this is as close to perfect as a gig can get.

David Lowery is an unassuming front-man, and his vocals are not going to win any singing contests, but his songs and lyrics are wonderful and his delivery of them filled with just the right levels of pathos. The rest of the band are excellent as well, Victor Krummenacher’s wandering bass lines, Jonathan Segal’s close to the edge fiddle and Greg Lisher’s scorching lead guitar. The four veterans joined on drums by Cracker’s Frank Funaro, original drummer Chris Pederson now living in Australia. 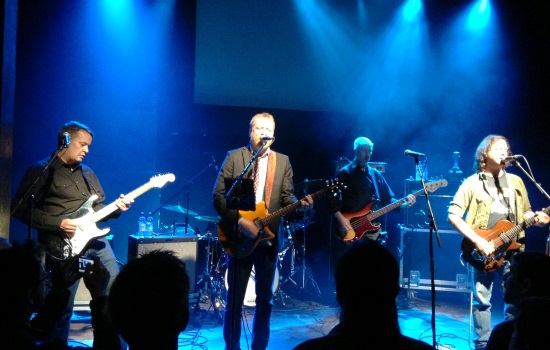 As a fan-boy you have the conflict of being spoilt for choice with the shear number of great tracks you’d like to hear and knowing that thney’ll never be able to play every one of your top choices. The band work through a long set that covers every period of their career and includes so many of their best songs that I’ll even forgive them for not playing ‘Sweethearts’, ‘We’re A Bad Trip’ or ‘That Gum You Like Is Back In Style’.

‘Waka’ opens the show, an instrumental track that throws in every kind of music from their repertoire in one pot gets away with it through force of personality. Second up is ‘Pictures of Matchstick Men’ the Quo cover that almost made them stars when released in the US in 1989. In fact both their “hits” are played tonight with ‘Take The Skinheads Bowling’ making a highly enjoyable appearance later in the set.

It is difficult to pick out highlights, so good was the standard throughout, but I’ll never tire of hearing ‘All Her Favorite Fruit’ or ‘Seven Languages’ and to hear them played live is such a rare thing that it takes some beating.

The band choose not to leave the stage for the standard encore routine, objecting to the fact that it wastes a song in the process. As a result they manage to fit in ‘Good Guys And Bad Guys’ and ‘Ambiguity Song’ at the end of the set, both songs  as brilliant now as they were  in 1986 and 1985 respectively.

I understand that this is a bit of an impartial review, and one that is no good to you know that their UK tour is over. But if it makes one reader pick up one of their albums and fall in love with one of the world’s best bands, then that makes my job worthwhile. Maybe that person will be there in the audience with me in 2023.