When one of your favourite artists returns to recording music after an extended break it is pretty exciting, when the product of that comeback turns out to be the equal of any of their past records it is something a little bit special.

Mark Mulcahy spent the 80s and 90s as the singer with the band The Miracle Legion achieving critical acclaim and moderate sales before they split and he went on to a solo career where further critical acclaim and even more modest sales followed. In 2008, after the sudden death of his wife, he stepped away from music to concentrate on looking after his twin daughters. It is a mark of the respect that the music community have for his work that the likes of Thom Yorke, The National, Michael Stipe and Mercury Rev recorded and released a tribute album, Ciao My Shining Star, in order to raise money so that he was able to continue recording music. 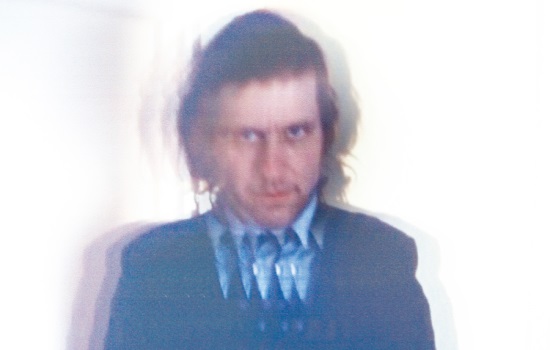 It is my pessimistic expectation that Dear Mark J Mulcahy, I Love You will yet again fall into the critically acclaimed, largely ignored by the recording buying public camp yet again. It is a pretty exceptional album from start to finish, filled with great tunes, thoughtful lyrics and a typically excellent vocal performance. On balance it could be his most consistent set of songs to date.

This is a classic guitar pop album, other than  some nice flutes and a few keyboards (well, a lot of keyboards on the lovely ‘Bailing Out On Everything Again’)  it sticks pretty close to the bass, drums, guitar and vocals formula that Mulcahy has perfected through his career. This is no reinvention of the artist, this is a first rate musician doing what he does best and seeming more relaxed and comfortable in his performance than ever.

Some reviewers have pointed to a dark undercurrent in the songs, something that has always been present on his recordings, but if anything this seems to be a pretty positive and confident recording. Mulcahy states that the sings were recorded one at a time, going in to the studio one Saturday a month over an extended period to capture the eleven tracks for the album. The songs were perfected one by one, leaving the studio when they were happy with the song being recorded that day. This certainly seems to have worked as each of the songs seems fully realised and complete, there is no filler on this record. They were also mixed by 90s alt-rock legend Paul Q. Kolderie and the songs sound great, crisp and clean with no hint of over-production.

The album contains some of the poppiest tunes that Mulchay has recorded, with ‘Poison Candy Heart’ being top 10 in my alternative universe chart run-down and ‘She Makes The World Turn Backwards’ should be available in every karaoke booth round the country (for the call and response moments at east).

Mulcahy is an excellent singer, with a distinctive and emotional voice, a voice that is capable of drama and theatrics when he he wants to. He is too clever a performer to overdo things though, no Mariah Carey histrionics for him, and it is only on the wonderful ‘Let The Fireflies Fly Away’ that he really lets his vocal chords go. There is so much personality in his songs and performances throughout that he doesn’t need to fall back on any vocal tricks to get the listeners attention.

Mark Mulcahy makes a rare visit to the UK this August for a handful of gigs. My advice is to buy this album and get tickets to those gigs. Join a small but happy group that knows that Mark Mulcahy is one of the best songwriters around, and hopefully help to pursuade him to take less than eight years to come back with more  music.