Quick weather check. Yep, still sunny for the rest of the weekend. With the midday sun shining brightly down it was time I tried something I haven’t done so far at Glastonbury; it was time to finally see an act at the Pyramid stage. The honour of my very first Pyramid stage experience went to Billy Bragg, one of my favourites and an ever-reliable festival performer. 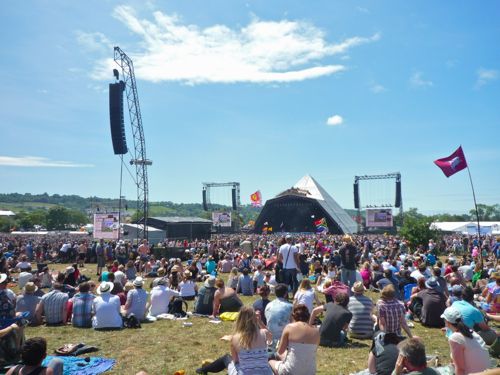 Sunshine at the Pyramid Stage

Buoyed by the success of his most recent album Tooth and Nail, Bragg was in fine mood mixing tracks from that album such as the lovely Handyman Blues with firm favourites from the past. Sexuality, New England and Ideology all delivered with a huge dollop of political banter. For me though the high point of his set were the Woody Guthrie numbers, including All You Fascists Are Bound To Lose and the simply wonderful California Stars, created through a collaboration with Wilco in the Mermaid Avenue  albums.

Next up was another first, a trip to the Croissant Neuf tent, tucked away by the Green Fields and herbal tea drinking part of the site. It’s a superb venue, like a pirate circus tent and made even better by a quite simply spell binding set from Stealing Sheep. Last time I saw them they supported Field Music in Bristol and I declared them the best support band I’d ever seen. A year or so on from that and they are even better, even slicker and punchier as they pounded out their completely unique brand of surf/folk/pop. Certainly the best act I’ve seen so far at Glastonbury. 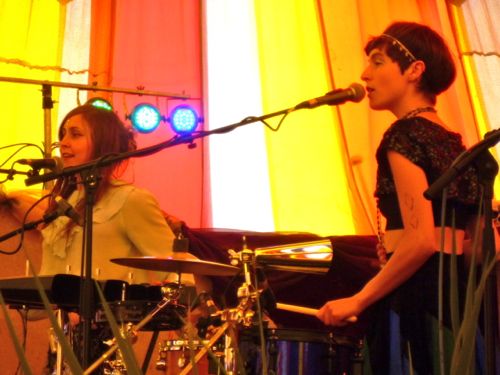 The Park was the next port of call to be surprised by the awesome ballsyness of Haim, the all female American indie pop band that are a firm favourite of BBC Radio 1. The venue was packed as they proved there was far more to them than their promising singles Forever and Falling. They even managed a cover of Fleetwood Mac’s Oh Well and did a pretty fine version of it too.

Devendra Banhart next on the same stage was another revelation. Laid back in places, rock in others. He sounded and looked nothing like I imagined live; more like a skinny as a rake Lou Reed. Despite some sound problems with the bass his set made me want to check out his recent albums, which I’ve managed to avoid somehow. Another surprise was what a sex symbol he appears to be from the screaming women at the front. 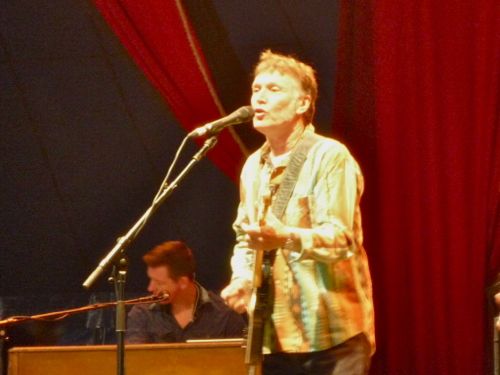 To end my day I opted for a trio of old fogey acts. Firstly it was over to the Leftfield tent to see former MC5 man Wayne Kramer play a solo set blending songs from his old group mixed with modern, bittersweet tales of rock. Secondly it was a little trip over to one of my favourite venues, the giant circus tent sized Acoustic Stage, to see Steve Winwood. The man is a legend, arguably England’s greatest ever male soul singer and ridiculously talented. This precocious talent was bossing the vocals with the Spencer Davis Group as a teenager and then went on to form Traffic and Blind Faith, the latter with Eric Clapton. Tonight his voice was as sensational as I expected it to be as his stellar soul funk band astounded us with their musicianship on Winwood hits such as Keep on Running. 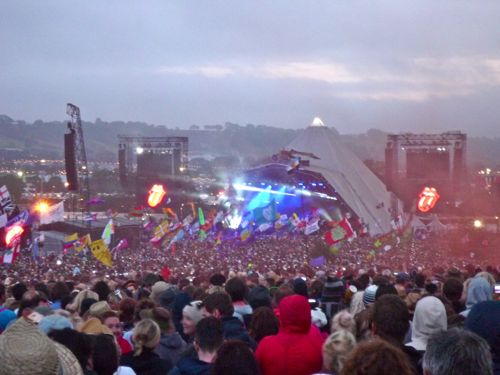 Finally it was the day’s big draw, The Rolling Stones and back over to the Pyramid Stage to find a very different venue. At a rough estimate I’d say a good 100,000 of the festival’s 175,000 or so ticket holders were there. As a spectacle from my vantage point it was incredible, looking on at the sheer size of the crowd. However, as a gig it was complete pants, watching these tiny old stick men in the distance, almost entirely blocked out by giant, silly  flags. I only knew it was them because of the giant screens on either side of the stage. So yes, that’s right, I was basically watching tele with 100,000 people. I’m not saying that the experience wasn’t good though. They may have been going through the motions as a band but this was undeniably one of the major music events of the year and it felt good to be part of it.