Following on from his impressive Day Three EP last summer Yorkshire singer songwriter Dan Hayes, aka JamieSaySmile has returned in 2013 with a  new five-track EP. His same Bob Mould-esque powerful voice is the same as it was last year, thankfully. But this time around Hayes has spent a little more time on the guitar sounds, giving the opening three tracks of this bedroom recorded EP a full band, full studio sound. 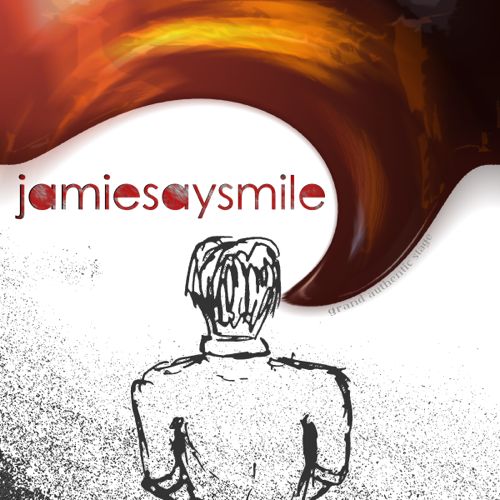 There’s also more of a new wave quality to his songs, with the EP’s self titled opener full of twists, turns and crescendos. And while it skirts soft rock in places, it’s a brief flirtation and should be filed firmly under alternative rock. Second track Hide for Miles is a softer, albeit epic acoustic affair that never veers into cliché.

Third track, is a glimpse of something a little more adventurous for Hayes, who has clearly been listening to some National albums over the last year, with its sparse guitar and drumming reminiscent of the Brooklyn band. For those looking to focus on the songs rather than a full band production, Hayes has included acoustic versions of Grand Authentic Stage and Hide for Miles. The later  being a more pleasing listen than the full band take earlier on.

So what have we learnt about Hayes over the year. We’ve learnt he’s got more good songs in him but I’m still undecided whether I prefer the acoustic songwriter or alternative rock version of Hayes. Fortunately he’s pretty good at both on this evidence.