If ever a name was more appropriate than Splendour for a festival, then I can’t think of one. With it’s beautiful backdrop of the magnificent Wollaton Hall (Wayne manor in the latest Batman movie) and set amid acres of lovely rolling countryside, fields, stables, courtyards and enclosures in addition to a great views of Nottingham from it’s highest point, this park is one of the areas must see attractions. 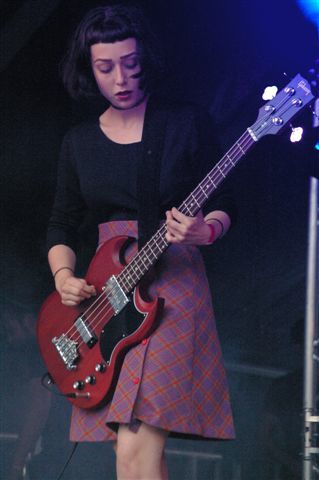 To utilize it as a venue was inspired, and despite initial concerns from local (dead posh) residents, it is becoming an annual fixture to the local music scene, and this year saw another pop focused, family friendly line up, spread over a couple of stages, with a  relatively diverse bunch of acts set to cater for different generations of fans.

It took until mid afternoon until something special kicked off, a band with the unassuming name of Kagoule, turned it all up to eleven, with a set of arresting blasts of paint stripping three-piece punk rock. From noisy kids to slick middle aged ex- new wavers; Squeeze have come a long ,long way since their days at the forefront of the school of clever English post punk pop. Always a magnificent singles band, they dropped hit after classic hit, middle aged women swooned liberally and dropped their strawberries as they perfectly executed Black Coffee in Bed, Take Me I’m Yours and Pulling Muscles From a Shell. It was so nice to see the band’s songwriting duo Chris Difford and Glen Tilbrook back in the pop saddle again, evidently crazy happy that they are cherished for the institution they so definitely are, oh and the icing on the cake was a great version of an almost forgotten classic, Slap and Tickle. 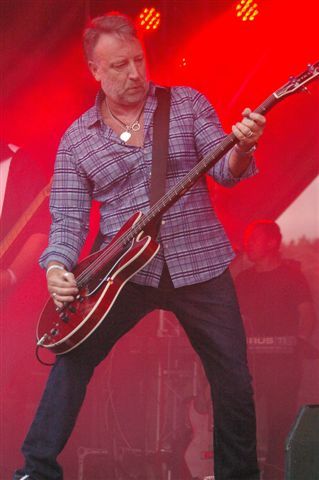 Ok, admission time. The last time I saw Peter Hook live was on the 22nd of October 1979, when Joy Division blew The Buzzcocks off stage in Derby. To see him here tonight with his band, was a tear jerking trip down memory lane. Good god, I thought, as they started with Joy Division’s  Atmosphere. It was middle aged men going apeshit time!

This was then followed by, yes you guessed it, the greatest tune ever in the annals of rock music, my song, and probably yours as well, Love Will Tear Us Apart. But that was merely the beginning of a seventy minute set that then went on to cover everything fantastic that New Order ever recorded, including Your Silent Face, Regret, Senses and Temptation went to another level, prompting a mass sing a long with added hat throwing and pogoing. His finale with Blue Monday was just astonishingly sublime. 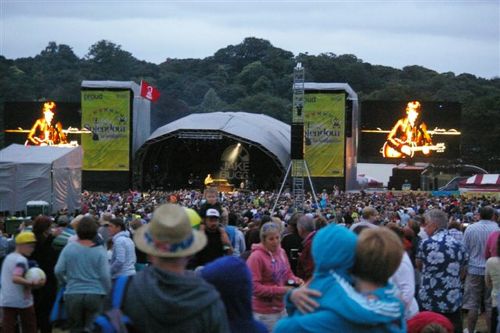 Jake Bugg from a safe distance

KT Tunstall played some pretty pretty rock ‘n’ roll, Dog Is Dead proved to be merely competent, but Maximo Park caused sparks to fly with a spiky set of jerky pop that caused much silly dancing and teenage girl hysteria. But they couldn’t compete crowd wise with the much anticipated headline appearance from local kid makes good, Jake Bugg. He certainly drew the biggest crowd of the night, but I remained distinctly unimpressed by his lack of  tunes, zero stage presence and  underwhelming voice. Neonfiller photographer Arthur Hughes even remarked that he sounded a bit like Lonnie Donegan At least Lonnie Donegan had at least two great songs, this guy hasn’t got one. We decided to move on and see Ryan Keen on the other stage. Now this guy has it all, a presence, a winning personality, superb acoustic guitar skills and a fabulous voice, very mellow, very beautiful, very laid back. This chap should be on your radar, a previously unheard gem of a discovery. More than compensates for the over priced jacket potato earlier that afternoon. All in all a grand day out, me duck.