After a full week of heat the likes of the south west rarely sees, this year’s Godney Gathering was packed.

Event organisers Mike and Sue Daniels must have breathed a sigh of relief after the cruel wet weather of last year, which flooded its Somerset farm setting and forced an eleventh hour location switch to an indoor cattle market  nearby.

In addition to some beautiful weather this year’s event was also a far larger affair, with the main stage supplemented by two other stages, The Jaywalk Stage, sponsored by nearby Street guitar shop Jaywalk Guitars, and an acoustic tent. This trio of venues proved perfect to enable the festival to showcase some excellent local acts as well as its more well known headliners, such as The Blockheads. 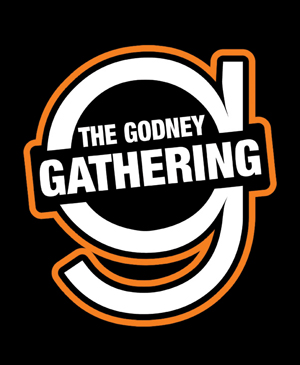 In keeping with our aims of promoting music near to our two bases of Somerset and Brighton, as well as showcasing new talent we decided to concentrate on the local and emerging acts at the event.

Up first on the Jaywalk Stage were local Glastonbury band All Us Authors. Who straight from the get-go provided Godney with a powerful indie rock performance, gathering a decent sized crowd right from the start. Over at the acoustic tent next we saw Lee Rahn from Street, who played a great set, bringing in a good sized crowd of local fans, friends and family.

The Young Aviators, one of the highlights of last year’s Godney Gathering, were back at this year. They put in an electrifying and energy fuelled set on the Jaywalk Stage, seemingly bringing most of Godney in to watch them.

A highlight of my night was local ska/rock band Shoot The Moon, having previously played the first ever Godney Gathering they were better than ever, getting the whole of the Jaywalk  tent bobbing along to every song.

Headlining the acoustic stage was Nick Parker, the Street based singer songwriter who spends much of his time touring Europe and instantly filled the acoustic tent. With his big voice and engaging stage banter, he played a brilliant acoustic including tracks such as Never Been to Dublin Before and Metaphor.

Now in its third year, the Godney Gathering appears to be getting better ever year, with good value in every department from acts and even the food. Godney will hopefully soon make a deserved bigger name for itself as one of the best one-day festivals the UK has to offer.