A sunny weekend in North Dorset, listening to some of my favourite bands of the year. What a treat! The End of the Road festival at Larmer Tree Gardens put on an excellent weekend of great music in a beautiful setting with a wonderful, relaxed atmosphere.

Attracting a diverse crowd of young and old, families and ravers. the festival secured an outstanding lineup featuring a long list of bands I’ve been listening to this year, so I was really spoilt for choice. It’s a small but perfectly formed festival of about 8,000 people and, like my other favourite festival The Secret Garden Party, you can tell the organisers put a lot of love into making it a really special experience for everyone. 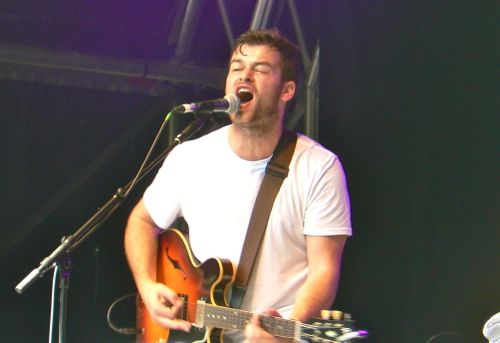 A wander around the grounds revealed a forest disco, little surprises in the woods, and peacocks in the trees. We saw the sisters of The Staves strolling about, had a chat to the girls from Pins, and apparently Jarvis Cocker was even there, singing Leonard Cohen songs on an upright piano. There was comedy, a cinema, drumming workshops even a croquet lawn. Just lovely.

And then there was the music. Friday I had a great day in the Big Top where I saw the aforementioned Pins, Money and Parquet Courts.  Manchester’s Pins have the girl-punk thing down and were really tight and impressive;  fellow Mancunians Money were dreamy and thoughtful – check out Hold me forever  – and Brooklyn punk band Parquet Courts got better as they went on. Their songs are short, fast and mostly shouted, but I like it. Stoned and Starving, Borrowed Time and Master of My Craft went down a treat. From there I caught a little bit of David Byrne and St Vincent’s song-and-dance set, before making a beeline to the Garden Stage to see a lovely set from Danish band Efterklang. Their song Sedna gives me shivers each time I listen to it, and, I discovered, even more so live. 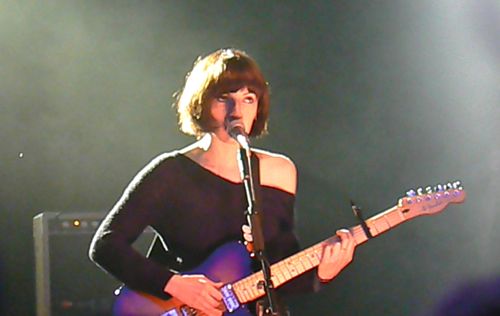 Saturday afternoon, and Nashville charmers Night Beds took the Garden Stage. Lead singer Winston Yellen’s voice reminds me a bit of Jeff Buckley – he can really hit a high note – and they just seemed like genuinely lovely guys. Yellen said that 12 months ago he was on his couch with his cat – what a difference a year makes. Theirs was a sweet, if a little mournful, hour in the sunshine. Then to the Big Top and to Deptford Goth, who was quite stunning too. It was ethereal and aloof, sparse but engaging, with off-kilter trippy little beats and soulful electronica. One of my favourites, and top marks to the lighting guy too.

Icelandic superstars Sigur Ros took the main Woods Stage on Saturday night, and they were beautiful , but dare I say it, a bit low-key for a Saturday night headline slot? The real Saturday highlight for me was Daughter, who were outstanding. Even better live than their lovely album, If you leave. They sound more edgy live, bigger on the drums and guitars. Really special, and really humble. They actually seemed a bit blown away by the massive crowd that had gathered at the Garden Stage. But they should probably get used to that. 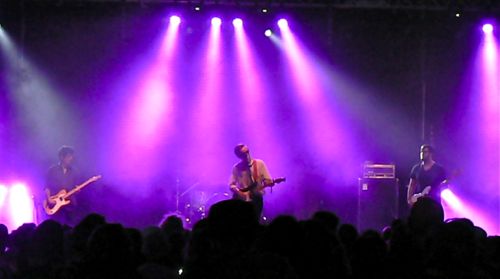 I got Sunday underway with Crocodiles, who had an impressively flamboyant guitarist, but whose songs could probably take a leaf out of Parquet Courts’ book and been about a minute shorter, and therefore, punchier. After that it was one of my favourite bands of this year, Merchandise, who played lots from their album Totale Night, which I love, but I think they would’ve benefited from a night slot rather than mid-afternoon. Theirs is a droney, almost shoegaze sound that is made for the dark. Then from the dark and into the light with Marika Hackman in the Tipi Tent. It was a flawless acoustic set, just her and her lilting voice and her impeccable guitar playing. A real treat. We were mesmerised. And then back to the dark side  – I had to see Palma Violets, just to see what all the fuss is about. And It was actually really entertaining. It’s a bit pretentious and they’re SO young, but it was fun.

Sunday night’s headliners and super-crowdpleasers, Belle and Sebastian, brought the feel-good factor up to 11. It was a real joy and they played all their hits, including If You’re Feeling Sinister, Another Sunny Day and Boy with the Arab Strap and so many more in their hour and a half slot. It was a fabulous way to end a really fun, laid-back festival, and I’ll be going again.