The Spook School is a great band name, it is simple but has so many possible meanings. It could be a school for ghosts, or a school for spies but is most likely to refer to the  Glaswegian late 19th century artists group. Whatever it refers to, it sounds good and fits the bands resolutely indie guitar sound pretty well. 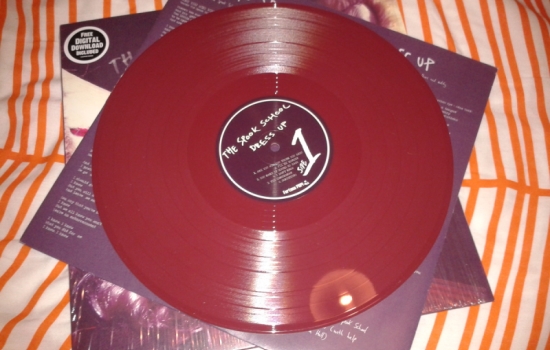 Dress Up may not quite be a great album, but it is a very good one and is one of the most promising debuts I have heard this year. What we have is some quality raucous indie guitar pop showcasing some excellent songs and an infectious energy.

The first third of the album is a real joy, with track after track hitting the mark perfectly. Best of all is the double hit of ‘I’ll Be Honest’, one of the best fuzzy pop songs I’ve heard in a long time, followed by ‘You Make It Sound So Easy’ which is a lovely piece of C86 indie, complete with jangling guitars and “ba ba ba” backing vocals.

Some problems with the album surface around the halfway point, ‘Can You Trust A Man Who Thinks Matt Damion’s Really Cool?’ is not a very funny or interesting cultural reference, and crucially isn’t a very good song. This example, like a few of the songs in the second half, sound like they would be a lot more fun live, and The Spook School were one of my favourite acts at Indietracks last year so I know they can deliver on stage.

There are still some good songs in the tail end of the album though and the bizarrely titled final track ‘Who Ya Gonna Call? Goat Buster!’ is one of the best things on the record.

I started this review saying that this wasn’t a great album, and it maybe it isn’t,  it is a very enjoyable album that loses its way a little on, in old terms, the second side. It is, however, a very refreshing album with a selection of excellent tracks that I think people should buy. The Spook School are clearly a great band with a bright future and I hope that this album is a taste of things to come.