Earlier this year I contributed to the 25 Incredible Gigs feature for Neonfiller. While I stand by my selections (The Flaming Lips, The National, Pulp), had I been to see Nick Cave and the Bad Seeds prior to that being published, one of those acts would’ve been bumped to a highly commended position, because last night, at Koko in Camden, I truly had my socks knocked off. Blown away is not overstating it. 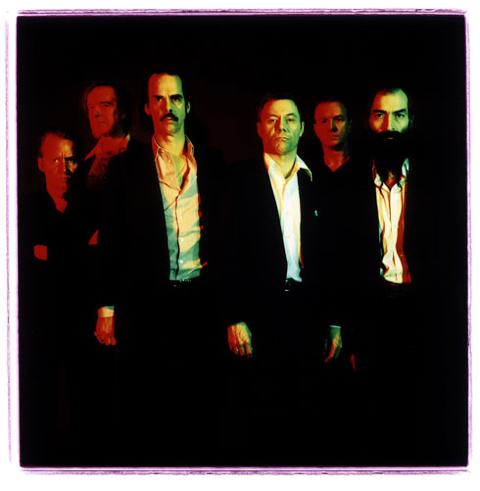 They had played a few gigs last week at the Hammersmith Apollo, but this Koko gig was a surprise addition to their schedule, which I found out about via Twitter. A special, smaller concert to be filmed for a DVD. Ticketing was done via a ballot system and while I missed out on Glastonbury, I was at least successful in this one and so glad to finally see the Dark Lord from Down Under live.

They played an ideal mix of old an new: the elegant, more mellow and gentle tracks from new album Push the Sky Away in awesome juxtaposition to the old crude classics like Red Right Hand, Tupelo and the bone-jarringly, brain-shakingly brilliant Stagger Lee. There was no girl in white plucked from the crowd a la their Glastonbury performance, but somehow Cave managed to make it feel as though he was invading the personal space of each audience member – up close and very personal. The new album is brilliant, and nothing is lost live – it’s more intense, beautiful and overwhelming. Its tracks Jubilee Street with its awe inspiring crescendo, Mermaids and its heartbreaking eloquence and Higgs Boson Blues with its chance to showcase Cave’s fine storytelling were incredible. Finally, the title track itself was reverentially left to last to round off the  official set.

And then the encore – I knew it was coming, but it was no less exciting – Kylie, yes that Kylie, joining him on stage for gorgeous singalong to Where the Wild Rose Grow. You’ve gotta love London – nowhere else in the world would you get a guest appearance from Ms Minogue for just one song. Just like that she was gone again, but it was a great little thrill. And then they played Into My Arms and we all fell apart.

I think the best part is that it’s clear that it’s not just Nick Cave (flamboyantly imposing front man though he is), but it’s very much Nick Cave AND the Bad Seeds. They’re such a, finely honed ensemble. They’re all spectacular musicians in their own right, and Cave is like their master conductor. It’s an act that they’ve trotted out time and time again, but in no way did it seem contrived or like they were just going through the motions. They all appeared to be having just as much fun on stage as we were off. True, the fact that it was being filmed probably had something to do with that, but we all benefited.

Cave is master of his craft, and it’s a mesmerising act to behold. He had the whole room eating out of the palm of his wildly gesturing hand, he controlled everyone within range. We walked away laughing a little bit in amazement, saying it was one of those once-in-a-lifetimers. Best gig ever? It’s well up there.