I have some problems when reviewing Robert Pollard albums, whether they be under one of his band guises or his own name, and I doubt my objective judgement. I’m a big fan and I must have listened to hundreds of hours of his music over the years since I first picked up a copy of the Grand Hour EP in a Greenwich record shop in the mid-90s.

I have a slightly exhausted resignation to the fact that, for all but the obsessive fans, it will be impossible to persuade most people to listen to his work and in particular his more recent output. And why should they? There are probably dozens of better albums he has produced that they could pick up first. Indeed the sheer scale of his musical output is going to put most people off, where to start? Even if you plump for the obvious choices, Bee Thousand and Alien lanes, you are missing a huge piece of the musical puzzle that Uncle Bob has constructed. 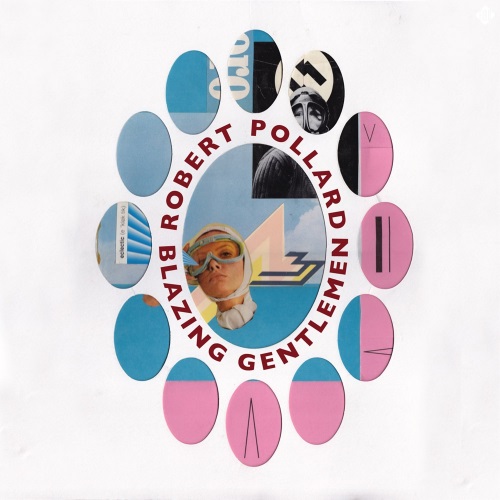 Let’s take a simple comparison (sorry, I weill get to the review soon) to illustrate the scale of output. My Bloody Valentine famously took 22 years between releases, one of the slowest album outputs in recorded history. What did Bob achieve in the same period? (Deep breath) 15 Guided By Voices albums, 19 solo albums, 5 as Boston Spaceships, 10 as the Circus Devils, 3 as Acid Ranch, 2 as Airport 5, 1 as Cosmos, 1 as Hazzard Hotrods,1 as the Keene Brothers,  1 as Lexo and the Leapers, 2 as Lifeguards, 1 as Mars Classroom, 1 as Phantom Tollbooth, 2 as Psycho and the Birds, 2 as the Takeovers and probably some I’ve missed. This list doesn’t include the hundreds of singles, EPs, live recordings, box sets or demos and miscelallenous other releases. Anyway, I make that 65 albums he has written, recorded and released in the time it has taken Kevin Shields to agonise over one overated single album release. Pretty daunting stuff (Go to http://www.gbvdb.com/ to see the full picture).

So when you listen to a new Robert pollard album you have a lot to compare it to, and a lot of expectation to supress. Blazing Gentlemen sounds, as you would expect, just like a Robert Pollard album and it is not an album full of surprises. What is notable is that it is a comparatively straight-forward album from Bob. Opening track ‘Magic Man Hype’ is an off-kilter rocker, but compared to some of his solo work this is a fairly poppy entry point. The first half of the album rumbles along in a similar way, enjoyable stuff without necessarily making you sit up and take note of song titles.

However, as is often the way with a Pollard album it starts to make sense as it moves along and by the time you have hit the excellent ‘Extra Fool’s Day’ and the galloping ‘1000 Royalty Street’ you almost forget you are listening to another Robert Pollard album and find yourself wrapped up in the music.

Three songs from this second act deserve special mention.  Single ‘Tonight’s The Rodeo’ because of the wonderful decending melody (forgive my lack of musical accuracy – it appears first time 20 seconds in) that makes it sound so timeless. ‘This Place Has Everything’ just for the drama it manages to generate in only 67 seconds. Finally ‘Tea People’ for sounding like something that Blur would have spent weeks conceiving, and you know Bob tossed it off in not much longer than it takes to listen to, and for knowing that 93 seconds is exactly just enough.

I’m not going to give this album a score. If you are a Pollard obsessive you’ll listen to it anyway. If you remain unconvinced (or feel you have already heard enough) then even a 10/10 review is unlikley to tempt you.

If you don’t fit either of these categories then I urge you to give this a listen, the greatest song-writer of his generation (the most prolific at the very least) deserves your attention.