Five years ago this month myself and co-editor Dorian Rogers decided to start our own music blog. There were lots of reasons, with wanting to write about music the main and obvious one.  Back then I never thought it would last five years but now I can’t imagine life without it. We’ve made no money from the venture and probably never will but that’s not what the site is about, we do it because we enjoy it and have a genuine passion for helping emerging acts get some deserved publicity.

Neonfiller.com is no longer just the two of us anymore, we are proud to have a team of regular contributors who help us to cover around 150 album releases a year and gigs across the UK each month. We even put on our own gigs from time to time. It’s been a great five years and I thought I’d mark the occasion by jotting down five of my favourite highlights.

It started with an email back in 2010 from then Surrey-based  musician Paul Coltofeanu about his band Free Swim. He told us they had just released a free EP about a man who was really busy, grafted  some extra arms to his body, had second thoughts and had them removed. We were intrigued. On first listen our relationship was sealed as I discovered they were no mere novelty act. The music was quite simply superb, blending Super Furry Animals with Frank Zappa. Due to some fortuitous timing I ended up being the first person to ever review the band’s debut EP. 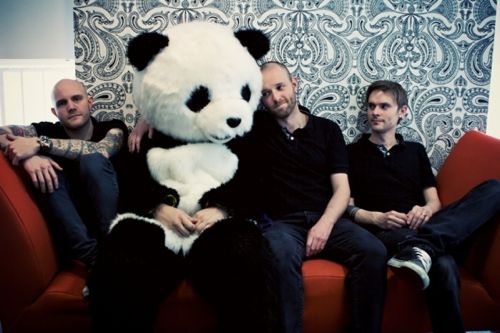 In the following years Paul sent us more EPs with equally diverse subjects, from a mountaineering panda to love triangles in Croydon. Musically he’s a great talent, as his other more rock project The Android Angel shows. But it’s his sense of humour and ability to hook in music journalists like us, those at The Guardian and 6Music that impresses us too. Free Swim, who features a bassist in a giant panda suit when they play live,  were also the headliner at our first show in Brighton. A new Free Swim release is promised for 2014. We can’t wait.

All good blogs have a top 100 list, right? We tried to do something different with ours and make it loosely based on alternative music with a strong focus on new wave and indie pop. This meant there was no space for albums by the likes of The Beatles, even if I admire them greatly. We released the list ten at a time over a number of weeks and I’m really proud with the result. 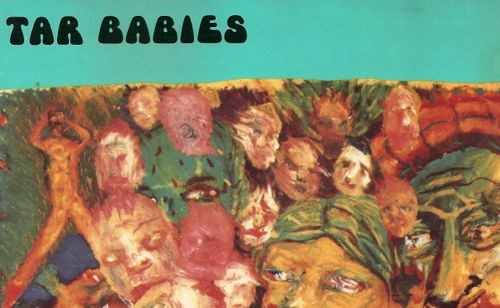 As far as I know we have the only Top 100 album list to feature both The Monks and Tar Babies. So what was number one? You should head over to the list here and find out yourself.

3. Darren Hayman wrote a song about my dog

We are in regular contact with artists about their latest releases and tours. Sometimes we just have a nice chat on Facebook or Twitter. One of my more unusual conversations was with Darren Hayman who during January 2011 was asking for inspiration for songs as part of his attempt to write, record and release a song a day that month.

Knowing he has a dog owner I suggested the tale of my dog who went missing but thankfully turned up after a week alone in the Somerset countryside. Darren was happy to oblige once he knew it had a happy ending. It was illuminating  to  be on hand to offer Darren details of Arthur’s story. The result was remarkable and my biased highlight of his January Songs project and eventual album.

Bristol is my nearest City with decent music venues; and what music venues they are. From the floating Thekla, legendary pub The Fleece, the eclectic Trinity Arts Centre to the out the way Polish Ex Servicemen’s Club. There’s also the beautiful acoustics of St George’s converted church venue and the revamped Colston Hall. 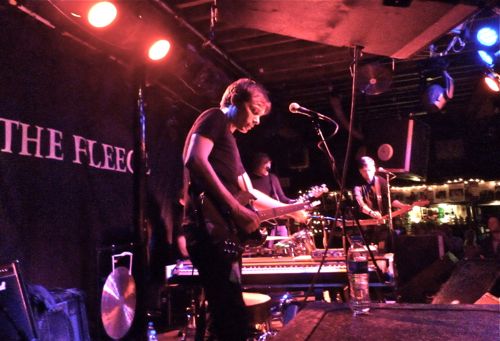 The city is simply awash with a range of excellent venues of all sizes and over the years I’ve reviewed some of my favourite gigs thanks to this excellent location, taking in the likes of Belle and Sebastian, Chuck Prophet, Field Music and Okkervil River.

Last year was my first year as a judge for the Glastonbury Emerging Talent competition, in which the winner gets a slot at this prestigious event, which is just eight miles from my home. It was a real pleasure going through the submissions and I’m still in contact with the three acts that I eventually submitted, including Wilitshire’s Super Squarecloud.

As a judge I also got to go to the festival and the contest’s final battle of the bands in Pilton, where I got to see the level of work that goes into just this one aspect of this giant event first hand.