For their passionate fanbase it was a sad moment. A band whose back catalogue was packed full of catchy songs skipping merrily across indie, rock, folk and Americana and all glued together by frontman Steven Adams’s clever, witty lyrics was no more. 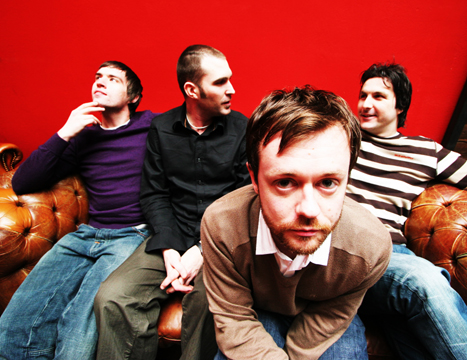 In the great annals of music, whatever they may be, Broken Family Band will be lucky to get a footnote but that doesn’t make this compilation album any less important. In fact, listening back to these tracks this is just about the most essential album I can currently think of for any collection. Sure, they never fully captured their live spirit on disc. But the songs here are nevertheless awesome pop, bittersweet but never sad, and fun without ever straying into parody. Take Living in Sin, about falling in love with a Satanist, there is just the right balance of comedy and sorrow. On For Milton Mapes they set the template for John Grant’s magnificently melancholy solo work.

As a collection this hits the nail on the head. All their fan’s favourites are here from Hey Captain, with its indie rock breakdown midway through, to the electric guitar pop of At the Back of the Chapel, its got tracks that seem familiar, but never stormed the charts or garnered huge radio play.

But as the compilation moves along the country twinge becomes more of a full twang and it seems clearer how they were getting increasingly hard to pigeon hole and market.

An appreciation of whether you are a Broken Family Band kind of person will probably best lie in final track John Belushi, which for me perfectly encapsulates their blend of laughter with sadness and pop with country.

So, our advice is buy this as a perfect tribute to one of Britain’s best bands you may not have heard of. And if you like it then delve into their full albums, where tracks such as Michelle from the album Balls, Cocktail Lounge from Welcome Home Loser and Hello Love’s Dancing on the 4th Floor await.

By Joe Lepper (with additional material from Eve Lepper)