Why would anyone set out to provoke a reaction of “well, it’s alright I suppose” when they release an album? This is the question that rolls around in my mind as I listen to the sadly unoriginal debut from Alpaca Sports. 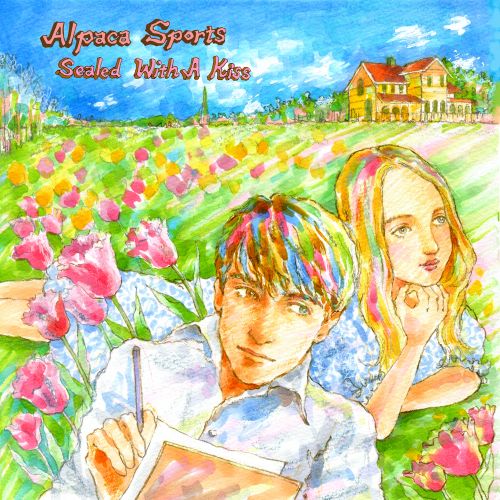 Full of the usual indie pop C86 references and lyrics like “I used to kiss her just for fun”  and “every tear is a lesson learned” there admittedly isn’t a terrible track on this album. Trouble is there’s nothing that truly excites either. The nearest it comes to raising heartbeats is She’ll Come Back for Indian Summer, which is a great pop single but seems lonely, surrounded by the other nine, far weaker tracks.

There are hints of a more innovative band underneath. The violin  on Just Like Johnny Marr is good and a little different. But overall I guess they didn’t get the memo, that admittedly is still in my head, that indie pop bands are allowed to be original. I get the crushing sense with this album that I’ve heard it way too many times before.

We saw them at the Indietracks Fesival last year and they seem like nice people. They were enjoyable live as well. But compared to bands at that event such as Making Marks, who blend country sadness with pop expertly, Alpaca Sports are in serious need of a spark of originality in the studio to elevate out them of the bubblegum blandness they have found themselves in.

But if you like your bands to sound like lots of other bands and don’t really care what blokes like me think then do check them out. There’s a good band somewhere in Alpaca Sports. I do hope they discover their own sound though before getting into the studio again.