I feel like I’ve really missed out after only discovering Dan Willson, aka Withered Hand, in 2013. This Scottish indie singer songwriter’s debut album Good News came out a whole five years ago and since then he’s built up a small but influential following, with Frightened Rabbit among his fans. 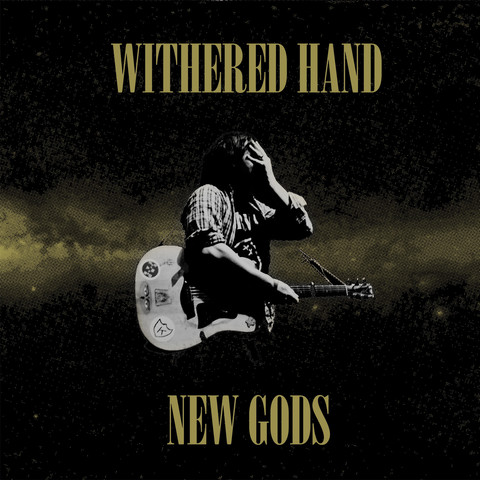 All it took was one track, Black Tambourine, released last year and one of the standouts on this his second album, to grab my attention. I was so impressed that we immediately plonked him on our Top Acts to Watch out for in 2014 list ahead of the album release. To save our blushes we haven’t been left disappointed, New Gods is packed full of beautifully crafted songs. At times heartfelt and folk, but most of the times packed full of  catchy hooks and radio friendly singles.

As a comparison, New Gods’ sense of looking ahead while reflecting on the past, all delivered with a clever turn of phrase, reminds me of Billy Bragg and Wilco’s Mermaid Avenue releases, which put music to the words of Woody Guthrie.

From the opening track Horseshoe, through to Black Tambourine, Love Over Desire and the jaunty King Of Hollywood you’ve already got four great singles and the album is barely half way through. The middle section is typified by a slower pace, particularly on the beautiful California and Between True Love and Ruin, before the album ends in triumphant fashion with the sing along Heart, Heart and the bombastic horn section finale of  Not Alone.

But despite all these great, catchy tracks the real star isn’t the songwriting it’s Willson’s honest voice. He sings like he means every word and as a result has delivered one of the year’s best albums.