Like Joan Jett and the Blackhearts I too love rock and roll. But sometimes the idea of putting another dime in the juke box baby fills me with horror. Then just when you’d almost given up hope an album comes along and renews your faith in rock and roll. This is that album. 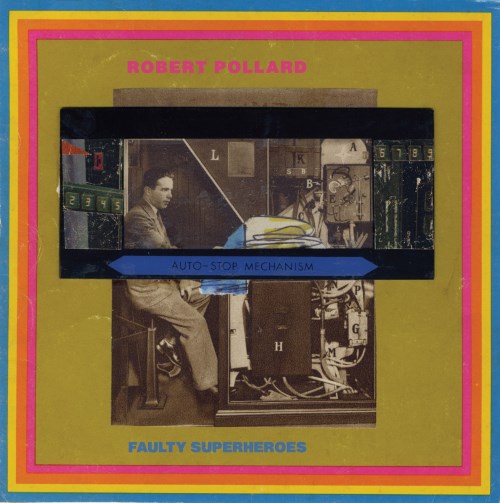 This album has all the good stuff that you hope for in a Bob Pollard release, with none of the more frustrating elements. Catchy off-kilter alt-rock? Check. The title track and ‘Up and Up and Up’ deliver that wonderfully. You want some oblique lyrics and British Invasion classic rock? Well howsabout ‘Take Me To Yolita’ or ‘You Only Need Me’. Inclined towards a galloping bit of proper post-punk? Skip forward to ‘Mozart’s Throne’. Stick around until the end and you get to sign-of with the pretty acoustic psyche-folk of ‘Perikeet Vista’. Even better, there are none of the sludgier tracks or tuneless noise-pieces that have upset the flow of even his better solo outings in the last decade.

I always enjoy a lazy comparison with a Guided By Voices album and for this release I choose Earthquake Glue, which is an album that has been a little overlooked in the GBV discography.

Sure there are a number of songs that sound like other Bob Pollard songs. So what? He releases 10 albums a year. It is easy to reinvent yourself if you are Radiohead and can only muster one album every four years or so. Lazy he is not, and this album perfectly captures his obvious love of writing and recording music.

The other thing is that however much he sounds like himself, he doesn’t really sound like anyone else. The Who influence is there, track one has that REM vibe he loves (possibly his most REM-y track since the 1986 debut Guided By Voices EP)  and the Beatles make an appearance, but all in all it sounds like Bob Pollard in a way that nothing else does.

It is also a really well played album, the band all earning their recording fees on this one. Kevin March is reliable as ever behind the drums and this album features some of Todd Tobias’s best guitar playing on a Pollard solo effort. ‘Cafe Of Elimination’ features a proper bit of alt-rock guitar soloing and ‘Photo Enforced Human Highway’ just sounds great, faux-flute keyboards and all (and is perhaps the finest song on the whole record).

Typically I give Pollard’s albums a good review, whatever guise they might appear in, but I’m normally cautious to recommend them. They are not always easy listens, and the erratic quality can be off-putting to the uninitiated. Faulty Superheroes however I can recommend wholeheartedly. It is simply 12 excellent songs and a very easy album to enjoy. Coming off the back of the similarly excellent Ricked Wicky album this could prove to be a bit of a golden year for an artist that undoubtedly has a lot more music up his sleeve.