Together The People has already announced that it will return to Brighton in 2017, so what did we make of the event this year and what do we hope for next time around?

Last year we were impressed by the first Together The People festival and we were delighted to see the two-day event return for a second year. We were even more delighted to see that Brian Wilson was bringing his 50th anniversary Pet Sounds show to Preston Park as the events Saturday evening headliner. 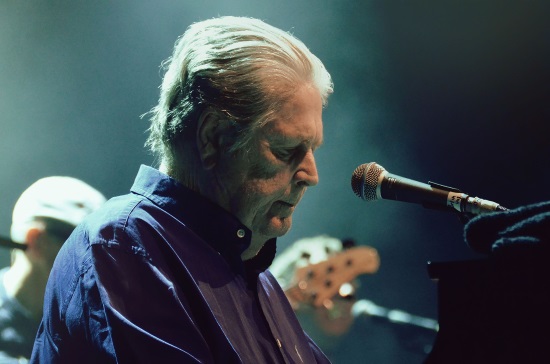 When we arrived at the site it was pleasing to see that some of the issues from the first year had been addressed. The site was bigger and the stages had been rearranged to deal with the sound-bleed issues between the main stages. Additionally there seemed to be more stalls, outlets and attractions around the site to complement the bands.

In many ways the whole of the Saturday was an extended build-up to the Pet Sounds performance. Many people had purchased tickets on the strength of that set alone and the you could feel the excitement of seeing a legend perform a bona fide classic across the site.

However, there were plenty of other musical attractions prior to Brian and friends taking the stage and a few local legends amongst them. First of these that we settled down to enjoy was former Supergrass front-man, and former local resident, Gaz Coombes. His most recent album, Matador, was a big surprise and showed a more downbeat and subtle side to his songwriting. These songs made up the bulk of his solo set on the main-stage, a set that he played without the aid of a backing band.

I have a lot of respect for someone who can stand up and play confidently on a big stage without anyone else to share the audience attention. Coombes played well and the audience responded well, but he did seem lost at times. The newer tracks are quite sparse and needed a bigger sound to carry them in the open air of the park. A couple of Supergrass songs thrown in to the set fared better, possibly due to their wider resonance but it was a competent rather than enthralling set.

The rest of the Saturday afternoon is a bit of a blur as we spend most of the time funding appropriate places to shelter from the downpour that hits the site. This does mean that the main stage is neglected and the young local talent on the BIMM stage get more attention than was previously planned. The bands sound pretty good though and Atlas Wynd certainly make an impression on what is likely to have been their biggest audience to date.

Another band that benefit from the rain is Turin Breaks, an odd choice of headliner for the “new bands” stage. The tent was overflowing, I peered in from the back, and the veteran band played a storming show as we sheltered from the storm. I was surprised by how many of their songs were familiar to me and they played them all brilliantly. As much as I’d enjoyed the BIMM bands there is really no substitute for experience when considering a band’s stagecraft. 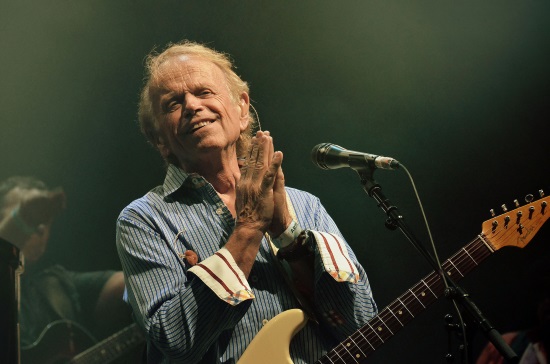 Years of experience is something that Brian Wilson and his assembled band have in abundance. His backing band have been with him for years  now and fellow Beach Boy Al Jardine stands along-side him as the only other original Beach Boy on stage.

The set started with a series of Beach Boy’s favourites and the crowd was on-side from note one of the first song. These songs are so familiar, and so well-loved that they couldn’t fail to bring some sunshine to a dark and wet Saturday. The highlight of this segment had to be mid-70s collaborator Blondie Chaplin hitting the stage and singing ‘Sail On Sailor’, the 1973 single on which he sang the original lead vocals.

What everyone had come for though, the main event of the day, was the band playing through the whole of Pet Sounds. This isn’t just the best Beach Boys album, but one of the best albums of all time and the crowd were enthralled from start to finish. Rumours have circulated that this may be one of the last times that Brian Wilson will tour, and I’m glad to have had the opportunity to see him sing the songs I’ve known as long as I can remember. 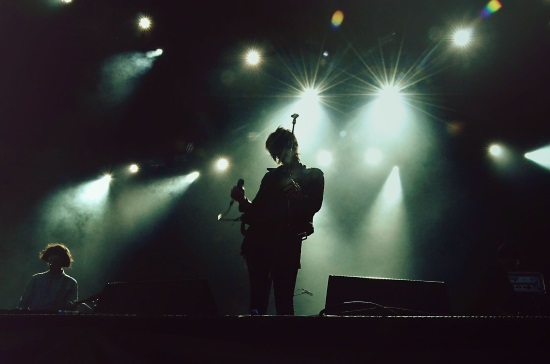 Sunday may not have had quite such a legendary headline act, but the overall line-up was looking good and the weather was certainly kinder. As a result of the more clement weather we settled in front of the main stage for the bulk of the day.

First up was M Ward, and his Dylanesque set was a very enjoyable way to start the afternoon’s proceedings. He definitely rocked harder than I expected and got beyond my lack of familiarity with his songs.

Songhoy Blues were next and they did their best to get the slightly sedentary crowd moving with an uptempo guitar driven set.  they proved to be pretty successful and lived up to their reputation as one of the festival acts to watch out for.

Peter Hook & The Light are a slightly odd proposition. The band play the hits of Joy Division and New Order with the elephant in the room being the other members of New Order existing quite happily, and very successfully without Hook’s involvement. With that in mind, and with Hook’s rather cabaret delivery style, it is a bit like being at a tribute how with a very good look-a-like on the bass. That said, the versions of most of the songs are pretty good and the crowd response is as positive as for any band of the weekend.

In the smallest tent, the Sopabox Stage, a small crowd is treated to one of the sets of the weekend, a low-key solo set by local troubadour Chris T-T. He opens with an unaccompanied song from his AA Milne interpretations before playing a number of songs from his catalogue, with a focus on tunes from his 9 Green Songs album. His set is thoughtful, political and delivered well-played, perhaps the most engaging set of the weekend.

Less engaging, but a lot more polished, are The Horrors. They look good, the lighting is great and the crowd is big but I can;t get beyond their lacklustre songs. They sound like the Psychedelic Furs and I have nothing more to say about them. A drink, some food and a ride on the ferris wheel is a much better way to spend the time that they are on stage. 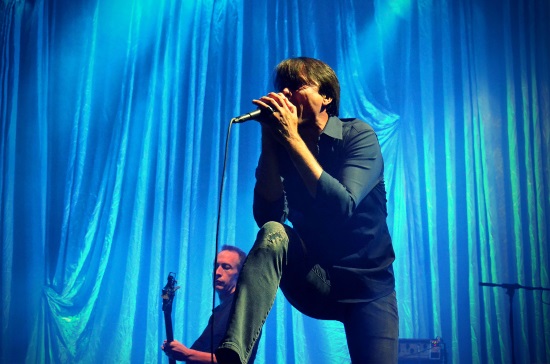 Full disclosure time, I have never been much of a fan of Suede, they irritated me intensely first time around and I wasn’t delighted to see them on the bill in comeback mode. I’ve never owned a Suede record and this was the first time that I’ve ever seen the band live. With this in mind it was to my surprise just how much I enjoyed the set, probably more than any other set of the weekend.

the whole band, and Brett in particular, know how to play a show, that is without a doubt based on this performance. Plenty of rock star posturing, note perfect playing and a set that focused on keeping the hits flowing.  Even though the band recently released an album we don’t get loads of new songs, the bulk of the set coming from their debut and the hit-filled Coming Up album. They know what the punters want and that is what they give us.

It was also of real note just what a good guitarist Richard Oakes is. He has been in the shadow of Bernard Butler, but given this showing (and my one experience of seeing Butler play) I think that he is the easily the match of the revered original guitarist.

Perhaps Brett threw one too many Jesus poses into the mix, and didn’t need to enter the crowd quite so often but these are minor quibbles of a pretty excellent live performance. 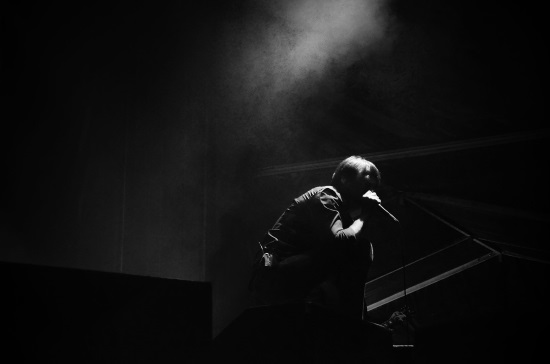 The great news is that Together the People has already been confirmed for 2017, and has already sold out of their first tier of Early Bird tickets, so the future of the festival looks bright. I’m already looking forward to what they do next year and hope to be there to see it.

There are still some improvements that would make the festival that bit better, the second stages could be a bit bigger and the quality higher throughout the bill. Hopefully having two successful weekends under their belts will make the organisers a bit bolder with some of the line-up choices, and give a bigger budget for acts.

With tickets (at the time of writing) available for just £65 for the weekend it is a risk worth taking. If it is anything like as enjoyable as this year then it would be worth it at twice the price.

Go to www.togetherthepeople.co.uk to see details and buy tickets.